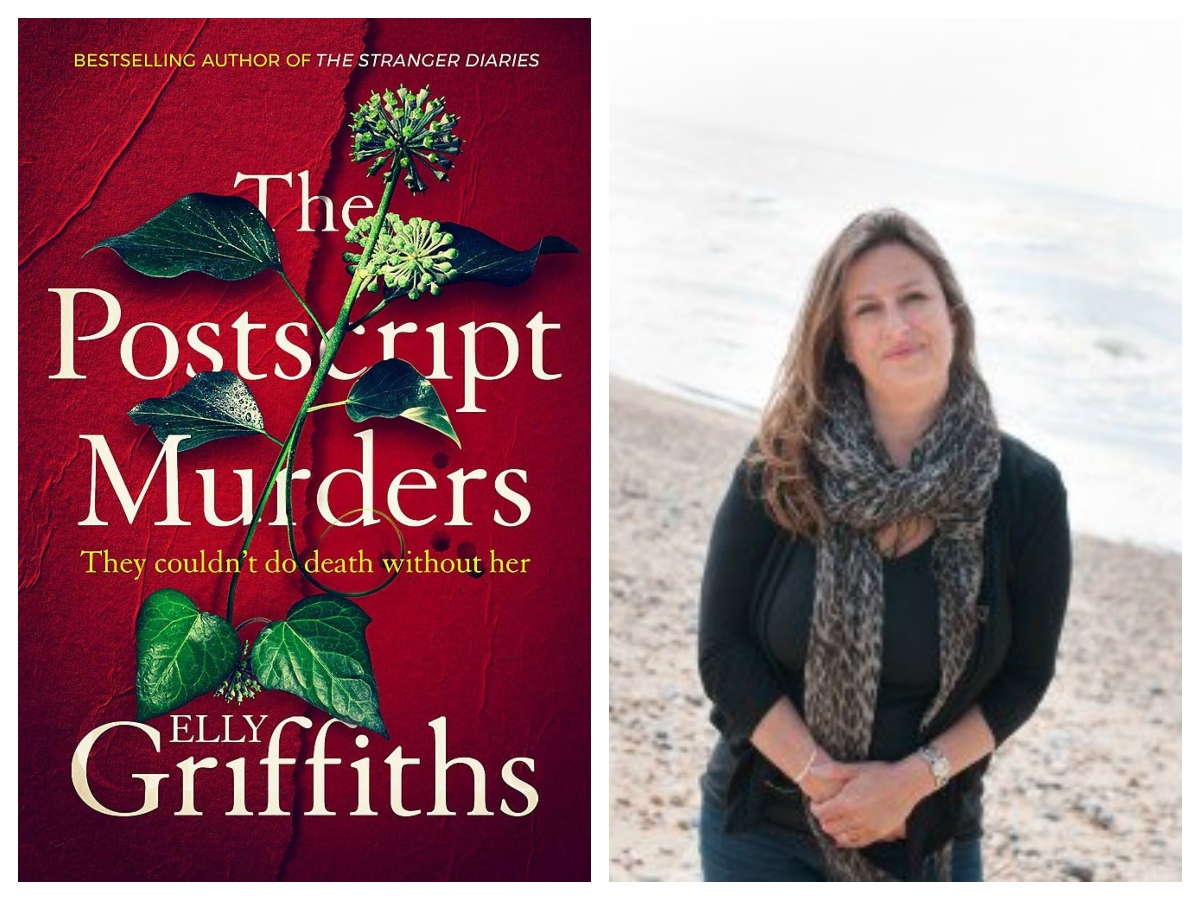 I am a big fan of the Ruth Galloway novels written by English novelist Elly Griffiths. While I am generally not a murder mystery aficionado, I enjoy the way that Griffiths weaves a narrative, and how she creates incredibly human characters. Ruth Galloway is a wonderfully rounded character in so many ways. Being a lover of books about books, a Griffiths penned murder mystery contained within a story about book lovers was definitely something that instantly appealed to me.

When nonagenarian Peggy Smith passes peacefully in her assisted living flat by the sea, there should be nothing suspicious. But when her caregiver Natalka finds a business card for “Peggy Smith, Murder Consultant”, she can’t help but wonder. Why did this little old lady know more about murder than the murder novelists she loved? On the trail of murder, the book travels from a sleepy seaside town in West Sussex, to an Aberdeen literary festival, to the streets of Edinburgh, never in a straight line. Making it even more appealing, the character of Peggy Smith (PS) is loosely based on Griffiths own Aunt, who will often call her up with ideas for new ways to kill people, fictionally of course.

The Postscript Murders is in fact the second book in the Harbinder Kaur series, with a third book coming out later this year, though the first is not necessary to enjoy The Postscript Murders. While DS Kaur is the narrative tissue tying this book to the first, the perspective shifts between all of the main characters, and it is delightful to see the story from the perspective of 80 year old Edwin as well as from DS Kaur. DS Kaur herself is a single woman in her thirties still living with her Sikh parents, who has no idea she is gay. She is thoroughly at peace with all aspects of her personality, religion, profession, sexuality, and it is incredibly satisfying to read such a strong female character.

The narrative pushes you in many different directions, from Eastern European bitcoin theft, to a recovering monk, and through the many characters that reside in Seaview Court. Having grown up vacationing on the British seaside, I found the location to be incredibly comforting and familiar. If you have never been to a seaside town such as this, then it will create in you the right kind of feeling of being there. From the cafe, to the elderly people taking their walks and cups of tea on schedule, to the unicyclist (“probably from Brighton”). It really could be one of dozens of places I visited as a child. Griffiths deals with locations well, juxtaposing the sleepy world of an off-season seaside town, with its more upscale neighbor, before moving into two Scottish cities for a more contemporary “chase” through the story. 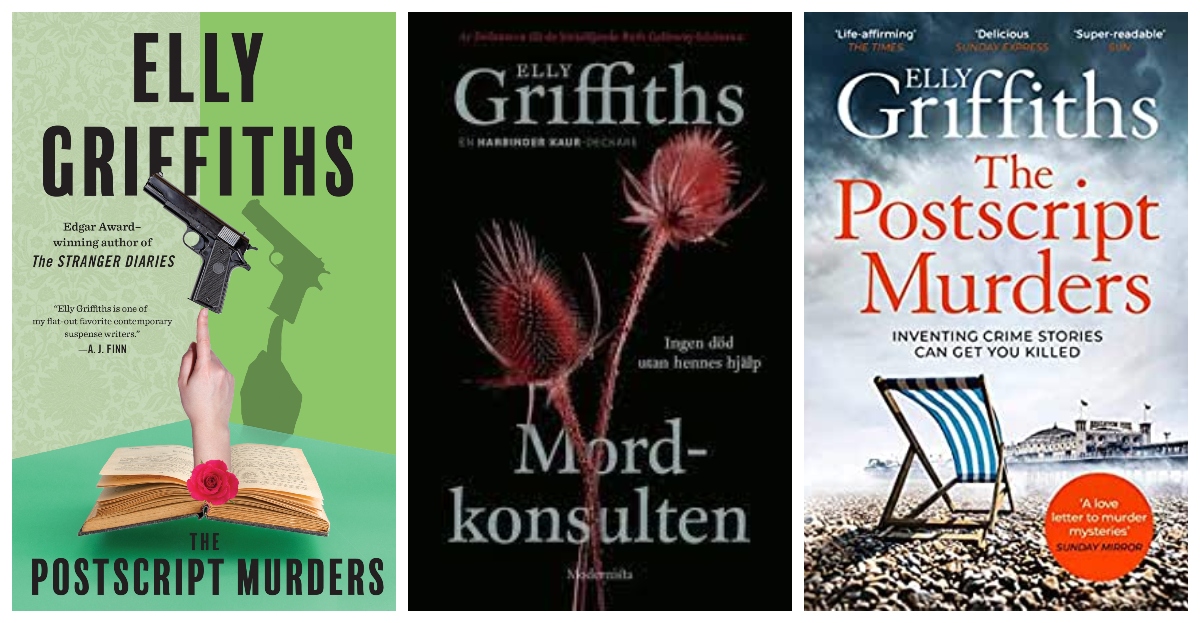 Very much in the Agatha Christie tradition, The Postscript Murders is a light, compelling read with a cast of characters and twists to rival any Poirot. Griffiths has a way with character creation that I find incredibly appealing, and as with her depiction of location all of the characters feel familiar in some way. What start off seeming to be conventional archetypes, gain complexity as the story develops. The backdrop of the world of murder mystery writing, and the authors that create the books give this tale a novel edge and a curious perspective through which we view our main characters. No one is who you think they are, except maybe DS Kaur, and she is worth reading again.

It really is a shame that Peggy Smith is killed off in the first few pages, because she is a fantastic old woman. From the inventory of people that she keeps as they walk past her window (“4 x singles with dogs: 2 x collie crosses, 1 x pug, 1 x doodle.”) which is hidden inside a copy of “A Seaside Lady’s Diary” to the variety of murders she has committed for the novelists she has helped. As much as I want to read more of DS Kaur, I am exceedingly interested in a series of prequels about Peggy Smith and the other residents of Seaview Court.

“Just popped in to see the old lady one day and there was Peggy sitting on the sofa, the two of them drinking sherry and talking about spies and contract killers and gruesome murders.”

It reminds me of so many evenings spent with my grandmother and her best friend, watching Prime Suspect with them about ten years before I should have been allowed to watch it. Drinking illicit Shandy and eating bags of Walkers crisps. Some of these elderly characters you only see in a few paragraphs, but they feel like fully fleshed out stories in their own right.

While I patiently wait for my next Ruth Galloway, I shall be happily checking out the other books from Elly Griffiths and eager to see what happens to DS Kaur next.

Cursive Writing: A Nod To The Past

Should I Dye My Hair Pink? 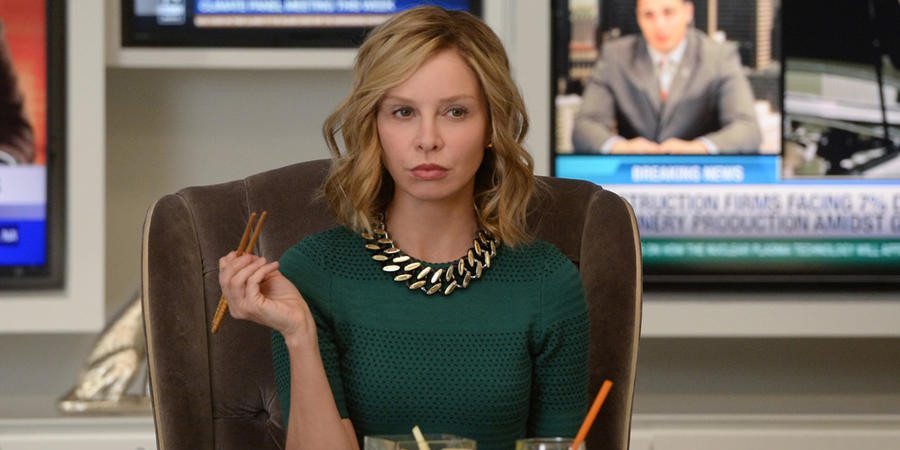