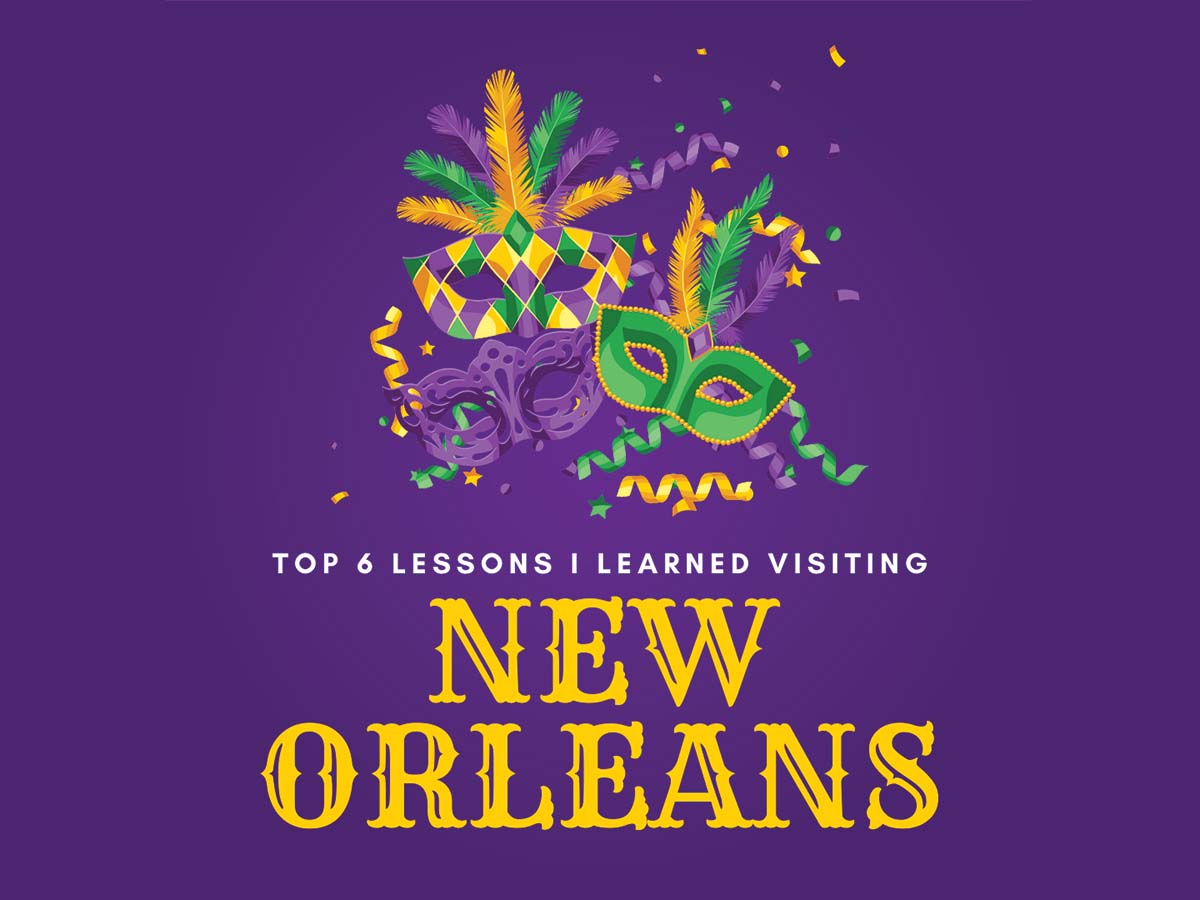 This year, we took our son on a surprise (and last minute) trip to New Orleans, Louisiana to see The National World War II Museum. It’s rated as one of the top museums in the country and the best for the subject matter. I did, what I thought, was a lot of research into ghost tours and the museum as well as asked friends and family for must-see/eat places. I only had three weeks to do my research and let me just say that with all that research I was not prepared for what awaited us in the city. Here are the top five lessons learned so you can hopefully avoid making my mistakes.

Lesson 1 – Two days is not enough

We planned this trip mostly to go to the The National World War II Museum. Since we were driving up Thursday (9 hours) we decided to stay until Sunday and get up early to head home. That left only Friday and Saturday for exploring. Friday was all about the WWII Memorial Museum. It took from 9 AM to almost 5 PM to do what we were able to do (and we still missed out on some stuff). Saturday we went to Mardi Gras World and did two ghost tours. We ended up with no time to explore the city, check out the restaurants that had been recommended, or relax and take in the atmosphere. If I had to do this over, we would have stayed three days and probably closer to the French Quarter (we stayed about 15 mins without traffic away). We would also have looked into the local events of the area during our planning which leads us into lesson number 2.

We had no idea that Mardi Gras starts on January 6th. We showed up the first day and looked around thinking they just made Mardi Gras their year-round personality for the tourists. Nope. It runs this year from January 6th thru March 1st. If you are not into crowds, booze, or craziness, stay out of the French Quarter during this time. It’s not a kid-friendly or sensory-friendly place to be after about 2 PM. And for heaven’s sake, if you go into the French Quarter after 2 PM, take an UBER or Lyft. Your sanity and your wallet will thank me for this (see lesson 6). Also, the WWII Memorial Museum has a 6th building opening (that’s right, sixth!) so if you plan on going to New Orleans, maybe look up when that will be opening up and plan around it. You will not regret going, I promise you (more on the WWII museum in another post).

This especially goes for during Mardi Gras. New Orleans might as well be its own country. There is nothing like it. The partying, the revelry, the lack of self-preservation I saw (people dancing in the streets in front of oncoming traffic that they stared down as they were doing it), was nothing like I had ever seen. You could not throw a rock without hitting a pub or a bar. And it’s open carry in New Orleans (you can walk around with an open container of alcohol). And it’s not uncommon to see a topless female walking around asking people to buy them booze or beads. This all might be different on a weekday so if you don’t care about partying maybe consider that an option.

Lesson 4 – They take ghosts and the supernatural very seriously

New Orleans is one of the most haunted cities in the US. Our tour guide told us that people claim it’s Savanah, Georgia. He said what that tells you is there are a lot of liars in Savanah. Muriel’s in Jackson Square has a table for the dead in an upstairs area that is reserved for the ghosts and their guests. It’s laid with fresh linens, silverware, and looks like a regular table. Our tour guide encouraged us to go ask to see the table and make an offering of a glass of alcohol in honor of one our family members. The table was put there because the paranormal activity was so strong during renovations that the owner turned to the locals for help and ever since they put it in the table, the ghosts have left things mostly alone. There is also a vampire community in New Orleans and Voodoo is very much alive and practiced by the locals. Note on Voodoo. It’s not as scary or as intimidating as Hollywood would have you believe. In fact, in true Voodoo practice, the Voodoo dolls you see in the movies is not how it’s done in real life. It was actually a form of record-keeping, not getting back at someone who had wronged you. We went into an authentic Voodoo store and there was nothing all that creepy about it.

Lesson 5 – If you’re driving, study the highways and roads

We live in Central Florida and even with the craziness of the Ultimate I-4 construction (which at times can feel like you are driving on Rainbow Road in Mario Kart), we were still unprepared for how fast exits come up in New Orleans. It took my husband, myself, and our GPS to get us around. The GPS would go off and I would look for the exit and then point it out to my husband and sometimes we only had seconds between instructions to get over and get off. It was stressful and at times, I thought staying there for much longer would put us in marriage counseling.

Lesson 6 – Parking will put you in debt

In a previous lesson I pointed out that taking an UBER or Lyft would save you both your sanity and your wallet. Here’s why. The parking situation is quite frankly nuts. We spent around $100 in parking in two days. The museum was around $20 (not that bad honestly for all day). The parking in the rest of the city charged an arm, leg, and your firstborn’s firstborn to park. Thankfully, it all operated on an app so it was easy to see how much time we had left and add more in (after we took out a second mortgage via the app). I’m wondering if rates were high because of the time of year? One of our tour guides admitted that she does not own a car and just takes rideshare when she needs to get farther than she cares to walk because of the cost of parking, insurance, and car maintenance in New Orleans. After two days there, I can see why.

Side Note
For parking, the lot I liked the best was Premier Parking lot P402. It was in an open area, not in an alley, and it was self-park (some of the parking are valet garages and they put your car in an elevator and take it upstairs). You can download the Premier Parking app to register your spot, check how full a lot is, and see pricing.

Bonus Lesson
If you have anyone in your party that gets sensory overloaded, make sure to pay attention to lessons two and three. My son and I are both neurodivergent and have issues with getting overwhelmed by our senses. French Quarter is ok up until about 2 PM. That’s when the partying starts (and doesn’t stop until the last call at the bars). Park outside of the French Quarter, make a plan for the shops/restaurants you want to hit and stick to the plan. Use Google Maps to determine the best plan of attack so you don’t backtrack and run all around the area. Schedule breaks and take headphones just in case they need to escape. We ended up dropping our son off at the hotel for a few hours of quiet while my husband and I did a ghost tour.

No matter if you’re into history, the paranormal, or partying, there is something for you (and sometimes all three combine into one). Just make sure you plan, plan, plan. Don’t make the same mistakes I did in thinking that this city is the same as your own. I promise you. It’s not (in its own unique and fun way). Oh and do at least one ghost tour (more on that in another post). 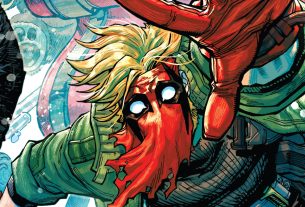 GeekDad: Review – DC’s Grifter Got Run Over By a Reindeer #1: Holiday Mayhem