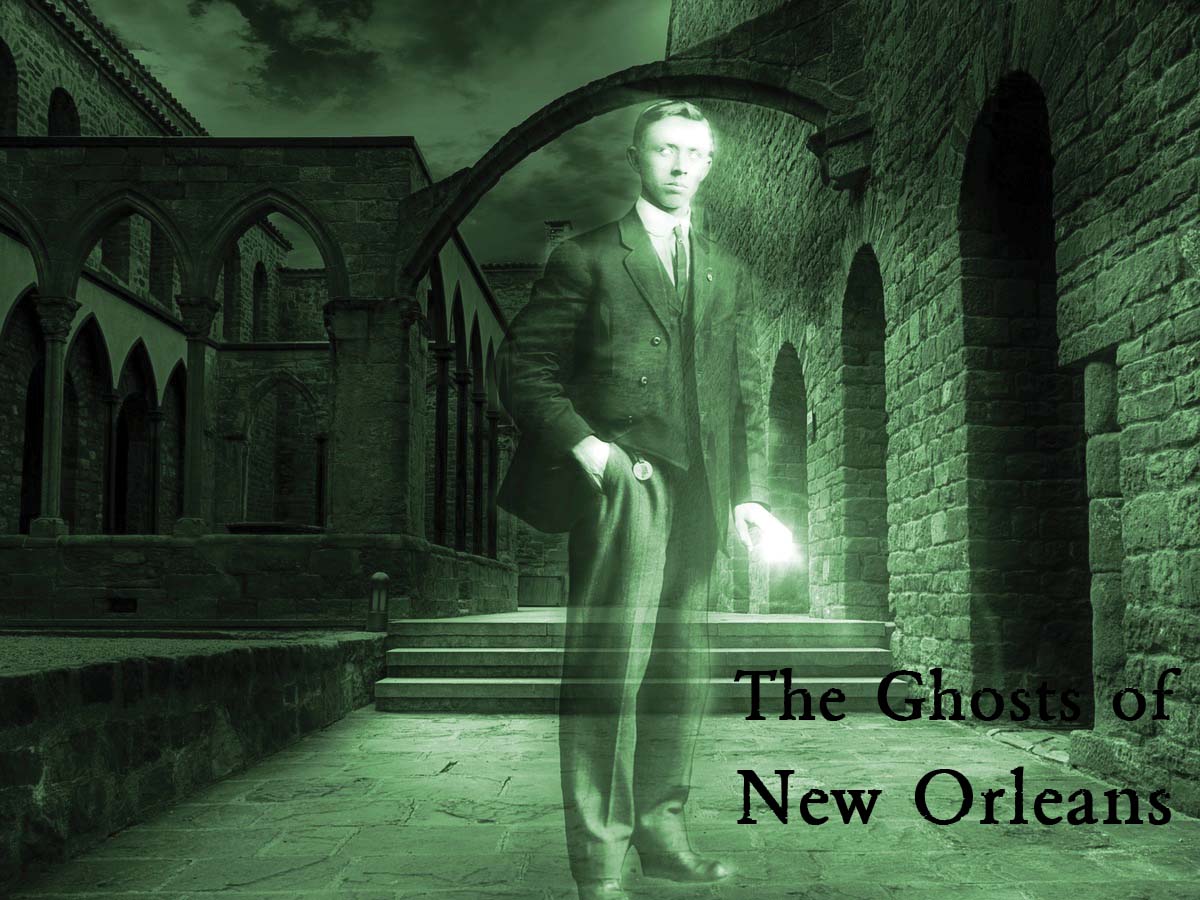 When planning our trip to New Orleans, we knew we wanted to do a paranormal tour of some kind. We ended up going on two different tours by two different companies. Witches Brew Tours and Jonathan Weiss Tours. We paid for both of these ourselves with no reimbursement from either company.

Witches Brew Tours offers a variety of tours including ones that happen at night. It’s not advised that anyone under 12 do the nighttime tours due to gruesome content. We did the daytime four in one tour that talked about vampires, ghosts, voodoo, and other paranormal.

Our tour guide was pretty nice and seemed to enjoy her job. The information she gave us along the 1.5-hour tour read more like if a true-crime podcast existed in the 17 or 1800s. It was more gore than ghostly and honestly, I could have skipped it altogether had I known that was what I was getting myself in for. The tour guide started and ended the tour asking for tips. We also learned that she only moved to New Orleans a few years ago so she didn’t have the experience of a longer resident tour guide.

Remember how I said above that they don’t recommend their nighttime tours for anyone under the age of 12? I’d say this goes for the daytime tour as well because all the stories she told us were gruesome in nature and the break time was held at a bar.

The tour we took cost us $27 per person + tip. The cost value is really determined by what you’re into. If you want a daytime tour that reads more like a true-crime podcast than a ghost tour, then this one is for you. If you want a real ghost tour that takes you back and into the stories of the people that haunt the city, read on.

This tour was at 7:15 PM and it was probably one of the highlights of our trip.

The ghost tour by Jonathan Weiss Tours was everything you expect a ghost tour to be. We ended up getting Jonathan himself as our guide and he was informative, subtly dramatic, and had personal stories he had acquired over 20 years as a tour guide in the city. He was open to conversation as we walked from one spot to another and while we had our break at the same bar as the earlier tour, we didn’t learn any of the same information.

The stories he told were not gory in nature or meant to shock you and he helped bring us into the story by pointing out how our lives would have been back in the day when the stories took place. It was just the right amount of creepy to make me want to sleep with the lights on when we got back to the hotel. He was also respectful of the history and the areas we went to.

Pricing was better than Witch’s Brew at $25 per person (he has a Groupon going on right now for $13 for a single ticket and $25 for two people). I can easily say that this was well worth the money. Tours start as early as 5 PM.

Make sure to check out Jonathan Weiss Tours for your ghostly needs. He did a phenomenal job of using subtle dramatics and personal storytelling to give you the best experience possible. If you want a tour that is earlier during the day and is more gore than ghostly, the four in one by Witches Brew Tours might be up your alley.

Countdown to Dragon*Con: What’s New For 2012

GeekMom and GeekDad Will Be at Maker Faire Bay Area 2013