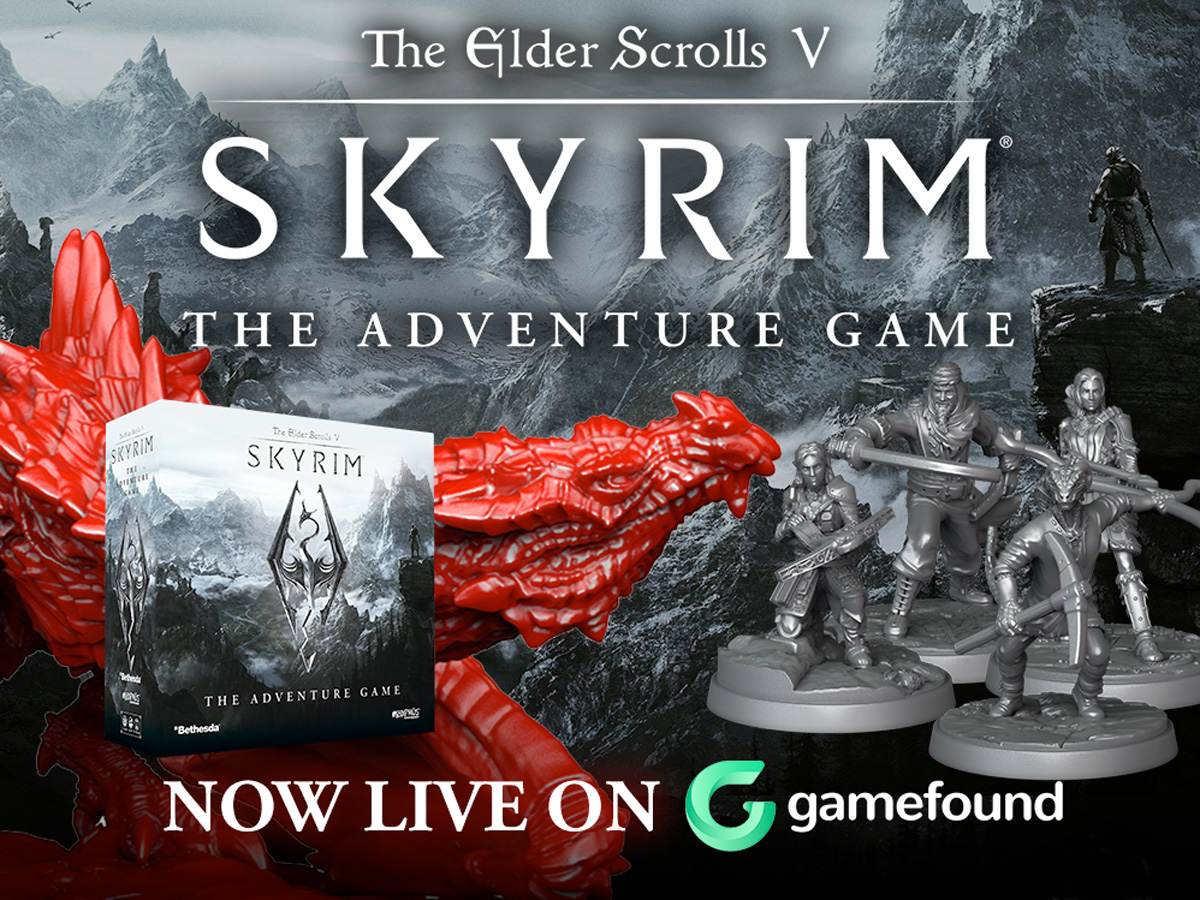 What is The Elder Scrolls V: Skyrim The Adventure Game?

The Elder Scrolls V: Skyrim The Adventure Game is an official tabletop game based on the hugely popular Skyrim video game. The game can be played solo or cooperatively with up to four players aged 15 and up, but with an expansion, this can be increased to eight players. It consists of six chapters (plus more through expansions) and each chapter takes between 90 and 180 minutes to play through.

The game is currently crowdfunding via Gamefound and a tutorial is currently available to play for free on Tabletop Simulator. 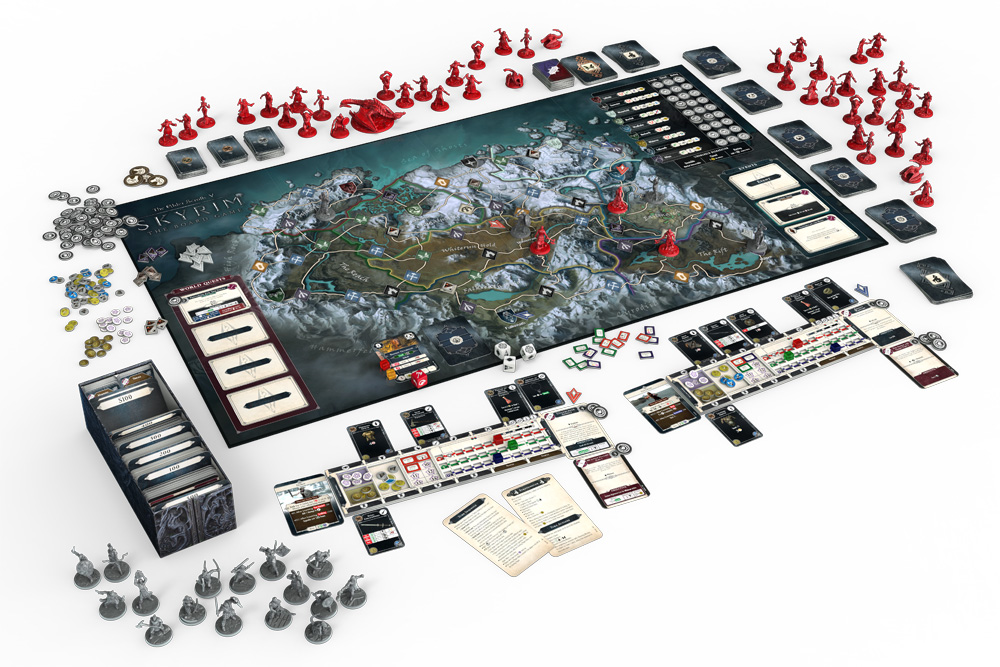 The planned components list for the base game is enormous and consists of:

There are also four expansions immediately available. These are:

Become a vampire or join the Dawnguard in a new campaign with three additional chapters. Adds four new playable characters/races (Breton, Argonian, Bosmer, and Redguard) and a co-op or vs. mode where you can defend either Castle Volkihar or Fort Dawnguard. 198 narrative cards; 74 more treasure, spell, equipment, and item cards; and over 50 events to expand the world.

How to Play The Elder Scrolls V: Skyrim The Adventure Game

I haven’t yet had the opportunity to play The Elder Scrolls V: Skyrim The Adventure Game myself, however, I did get to meet with one of the game’s developers over Zoom for a tutorial where he showed me the basics. A full gameplay guide will be posted next year once physical copies of the game become available.

For those familiar with Skyrim, much of this will feel familiar. The game is set several decades prior to the arrival of the Dragonborn—the key event at the beginning of Skyrim—and you play as surviving members of the Blades, legendary warriors who once protected the Emperor of Tamriel. Now you’ll have to work together to thwart a plot threatening the whole of Skyrim.

On each turn, you’ll draw Event Cards and attempts to complete Quests to claim rewards. You’ll be able to explore caves, mines, ruins, and even Dwemer Cities as you explore freely around the map. As you defeat classic in-game enemies like Draugr and frostbite spiders, you’ll earn treasure including armor, weapons, and potions, plus experience which will allow you to level up. As in the video game, you’ll be able to increase your Health, Stamina, and Magicka and build up your choice of skills including different schools of magic, combat, and others like Pickpocketing, Speech, and Block.

You’ll also be able to go off on tangents just as you do in the video game, meeting characters and creatures on your travels and completing side quests to help you along your way. Obviously, the more side quests you take on, the longer each chapter will take to play, but don’t worry. The game comes with special storage to help pack away your quests part-way through and pick them back up again whenever you’re ready to venture back into the wilderness.

If you’re interested in reading more about how to play The Elder Scrolls V: Skyrim The Adventure Game, the developers have made the 52-Page Rulebook and the Scenario Book available for download so you can read them at your leisure. If you own Tabletop Simulator, you can also download the Demo for free to have a go yourself.

This campaign is based in the UK and so all tier level prices are given in GBP. No shipping is included in any costs.

Deluxe Tier: £220
This includes the Base Game plus the Dawnguard Expansion, From the Ashes Expansion, Neoprene Game Mat, Miniatures Upgrade Set, and Metal Gold Septim Token with Coin Bag.

10th Anniversary Base Game Tier: £68
Base game only.

Gameplay Tier: £140
Base Game, Dawnguard Expansion, and From the Ashes Expansion.

Each element is also available as an individual add-on except the neoprene game mat which is unique to the Deluxe Tier bundle.

As someone who rarely plays big, epic fantasy games like this and was only drawn in by the Skyrim IP, I’ll admit that The Elder Scrolls V: Skyrim The Adventure Game was daunting when I first logged into my video call with Chris from Modiphius and saw it laid out on his Tabletop Simulator. However, what surprised me was how instantly familiar everything was right from the beginning. Every part of the game is designed with the Skyrim video game in mind and while there will certainly be a learning curve during your first campaign, anyone familiar with the video game will very quickly be able to pick up what is going on and why.

Everything I loved about Skyrim has been reproduced here but in a whole new way. All the holds are present and have a unique character about them, the playable characters all have special skills related to their race and species, and I can build that character up in the way I choose by focusing on the skills and abilities I want. In the video game, I usually play characters who specialize in stealth skills such as lockpicking, sneak, and archery to attack from a distance, and I was able to do that here too. Players who prefer to focus on magic skills or heavy combat will also be able to fine-tune their characters to those preferences.

Of course, there is a downside to all this familiarity and that is, well, familiarity. The Elder Scrolls V: Skyrim The Adventure Game is literally Skyrim transported to a new format with a slightly different time period setting. There’s nothing really new going on here, and for those of us who have spent literally hundreds of hours strolling (and occasionally running very quickly) through the various holds of the video game, it might just feel a little bit like you’re doing the same things you’ve done dozens of time already. Of course, the main difference is that with the tabletop game, you’ll be able to play as part of a group, which is a huge draw, but the most long-term fans of the might have like to see at least a few new creatures or locations added it to add a little seasoning to the game.

Given I only played over a video call for a short length of time, I wasn’t able to see even a chapter let alone an entire campaign through to its end, but even so I found myself hugely impressed with The Elder Scrolls V: Skyrim The Adventure Game. Even that short tutorial was enough to make me want to dive back into the world of Tamriel, and I am looking forward to finally getting to play the tabletop game myself next year. 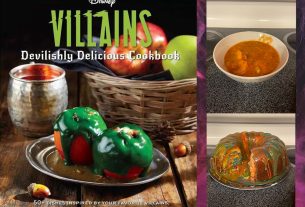 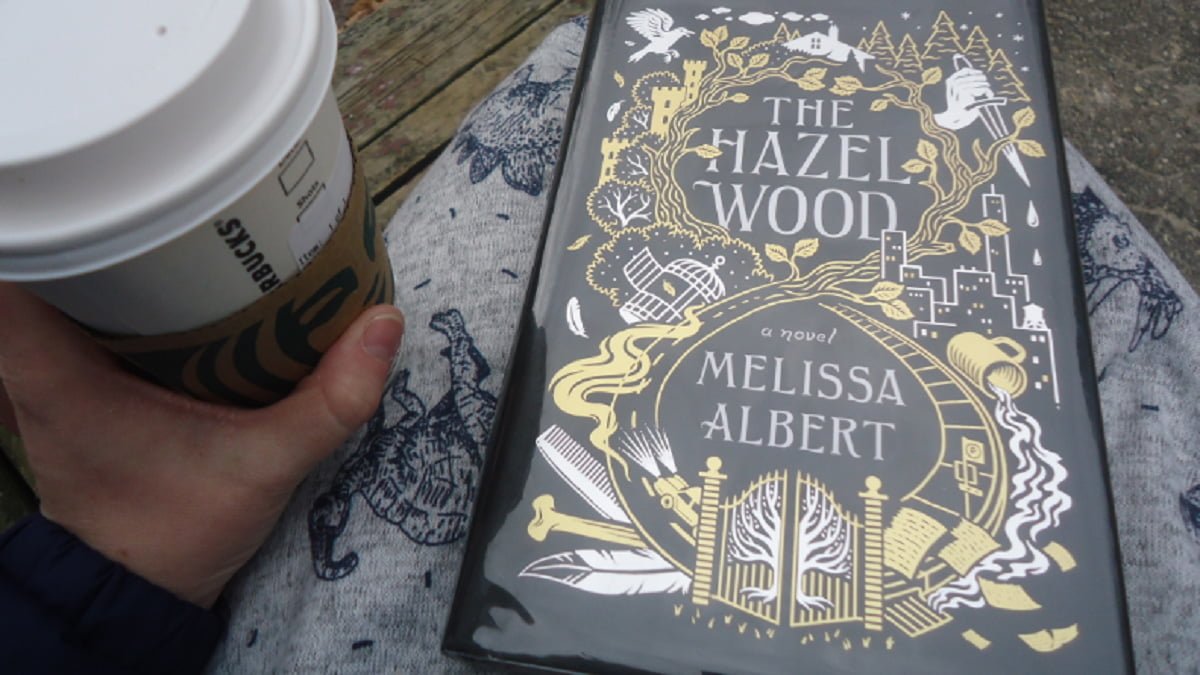 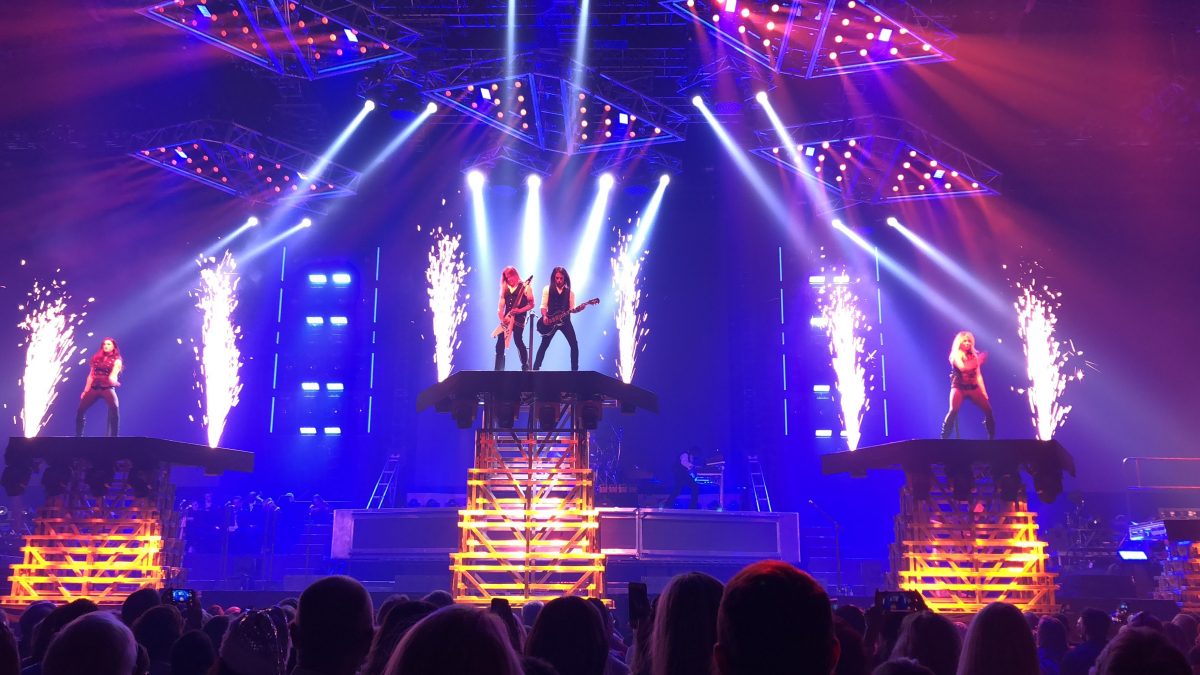 Trans-Siberian Orchestra Brought the Heat to Their Winter Tour