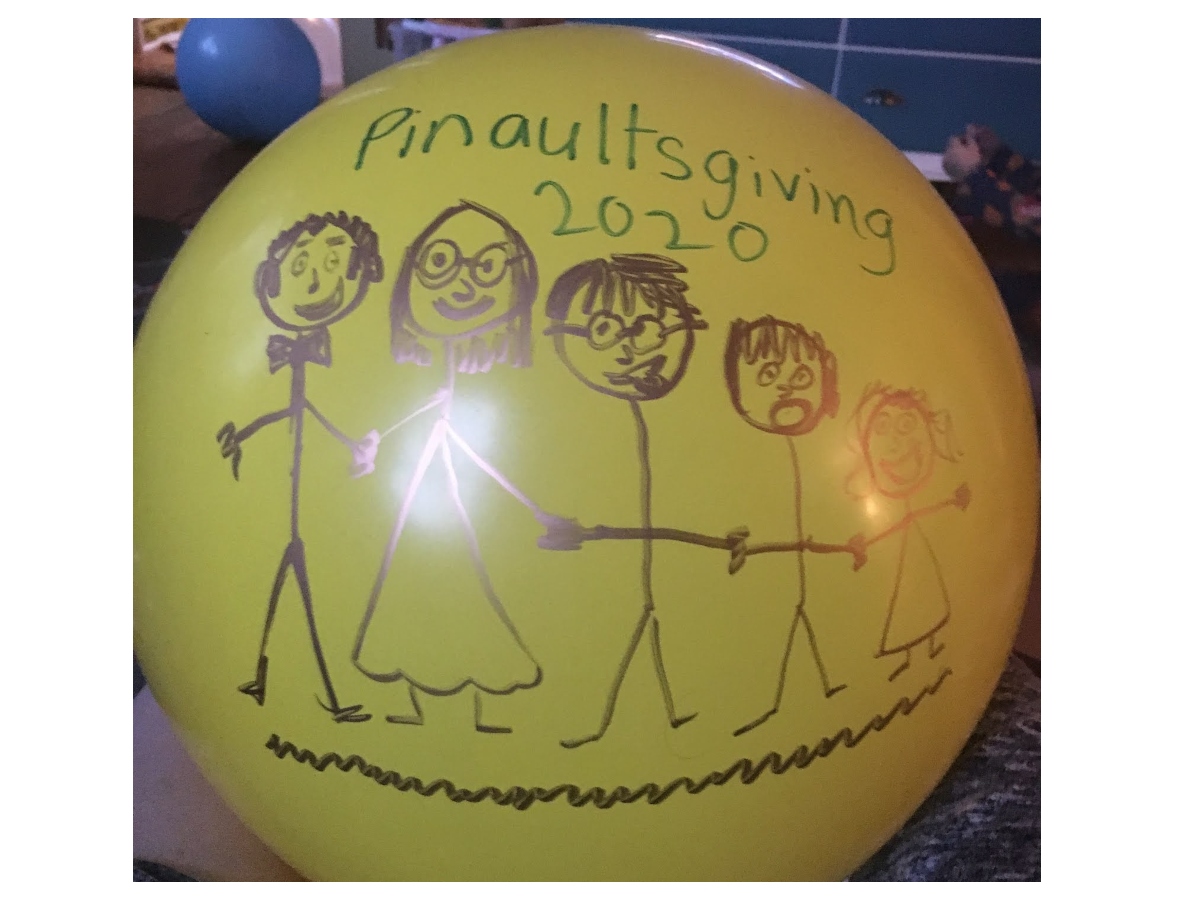 Thanksgiving is a big deal in our house. Being British, it isn’t something we celebrated in my youth and childhood, but my husband is all over it. Very early on in our relationship I would hear stories about Thanksgiving. The annual drive from Maine down to Salem, Massachusettts. Visiting with one set of Grandparents for the parade, before cramming into an Aunt’s house for dinner with the extended family.

While we were still dating, by which I mean flying three thousand miles to go out to dinner every six months, I flew over to spend Thanksgiving with my boyfriend’s family. My department at college gave me permission to be absent for a full week of classes because I was an American Studies student, they couldn’t really say no to participation in a cultural event. I remember sitting with his Pepere and talking about all kinds of things for hours, playing with his young cousin, and then later listening to Christmas music on the radio on the drive home.

Thanksgiving has always been his favorite holiday, if not his favorite day of the year. One year when my grandmother was sick and we had to fly home to England, my mom hosted Thanksgiving for him in my childhood home. Friends and family took time out of their normal work day to stop by and eat some Turkey with us. Last year was a little hinky of course. We did a full Thanksgiving outside in September, so we could all sit in our household groups but still spend time together. We had a hat competition, and lobbed stories across the garden. Then on the actual November date, we stayed home, dressed up for ourselves, and cooked our first Turkey in our house. This year is weird for other Covid19 adjacent reasons and we will be home again. 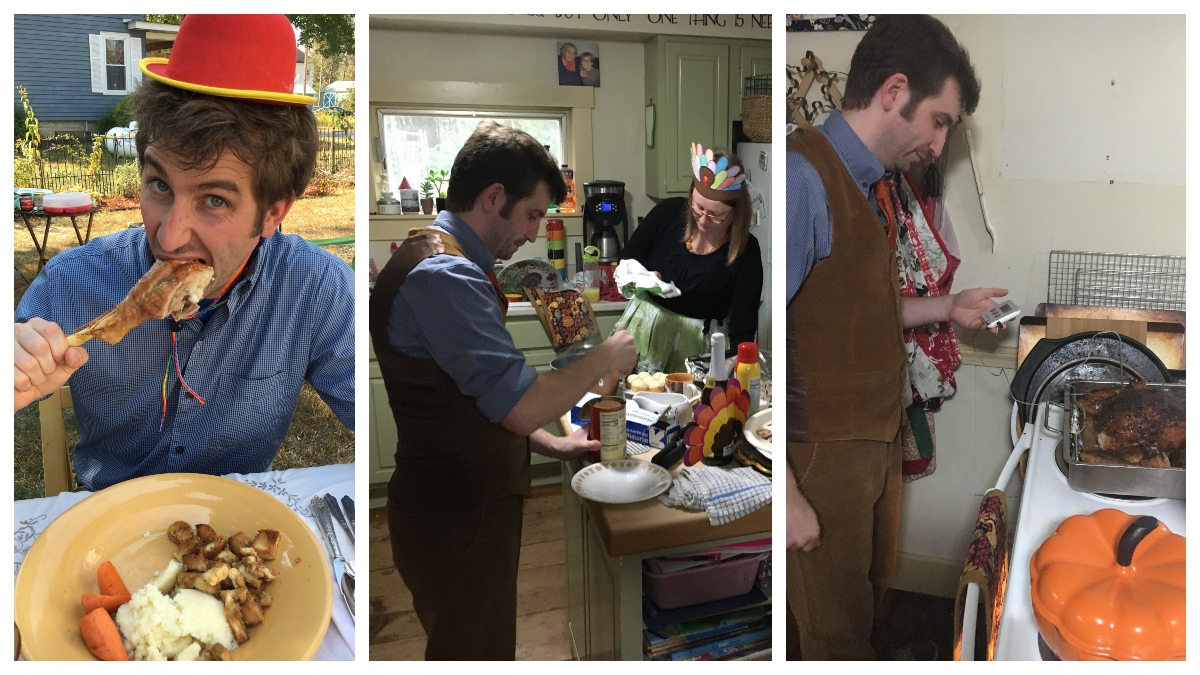 Year after year one of my favorite traditions is the Macy’s Thanksgiving Parade. Before I fell in love with my particular American, a friend and I took in the parade live in the fall of 2000. No one told me how cold New York was in November. Actually, no one told us there was a parade in New York, so we were a little shocked by what awaited us in the City that day! We got to see the balloons, talk to some cranky cops who I gather weren’t actually cranky, that’s just what a NYC cop sounds like, and we got to yell out “Who? Who? Who?” when the Baha Men float went by. Last year my family sat and watched Mario Lopez and his family, before pulling up some old parades on Youtube.

This year, I am all in for the parade.

On Wednesday morning I will pick up our helium filled balloons for our own personal indoor parade. On Wednesday evening we will fall asleep in our Thanksgiving PJs. On Thursday morning we will wake up in our Thanksgiving PJs, design our own floats, eat parade style pancakes, have our own parade to the sounds of our finely tuned playlist, and then snuggle up on the couch to watch this year’s parade. I could not be more excited. Though I did stop myself from buying everything parade themed on the Macy’s website this year and last, I don’t know how much longer my collecting trigger finger will hold off!

I have kept the Grogu balloon a secret from my baby Yoda obsessed children and cannot wait to see the delight on their faces. The Rockettes remain a firm favorite for my nine year old, while I myself am looking forward to the Broadway numbers performed in front of Macy’s.

I’m not sure what it is that draws me in to this tradition so much. It’s not nostalgia, I didn’t grow up with this. I barely registered it in the Miracle on 34th Street movie that I watched growing up, I certainly thought it was a Christmas parade, not a Thanksgiving parade. I’ve marched in parades myself over the years, I’ve watched many a parade in person at the county fair. But there’s just something about the hype and hoopla of Al Roker talking about balloons and floats that sucks me in every year. It’s all the best kinds of whimsy that I love about the holidays. It heralds my favorite season. The idea that these high schoolers get to travel to New York and dance their hearts out on the streets of Manhattan. A million meet-cutes could be happening with every moment that passes. A dozen romance movies could take place as the parade floats go by. It’s all just so magical. I suppose when I think about it, there are actually so many things that draw me in, too many to count.

So I will simply don my Thankful PJs, make my cup of tea, and snuggle up with my babies this Thursday morning, and suck in all the magic of this most wonderful time of the year. Happy Thanksgiving.

Greenheart Games Torrent Their Own Game to Elaborately Troll Pirates 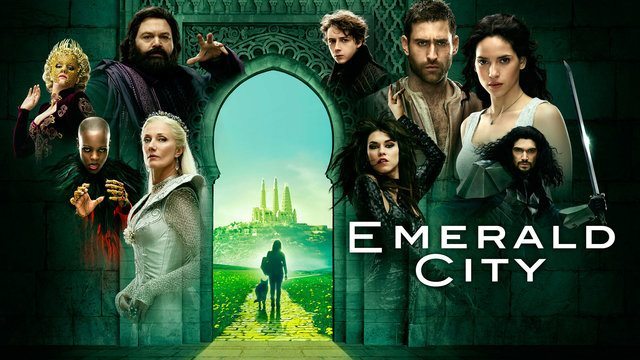