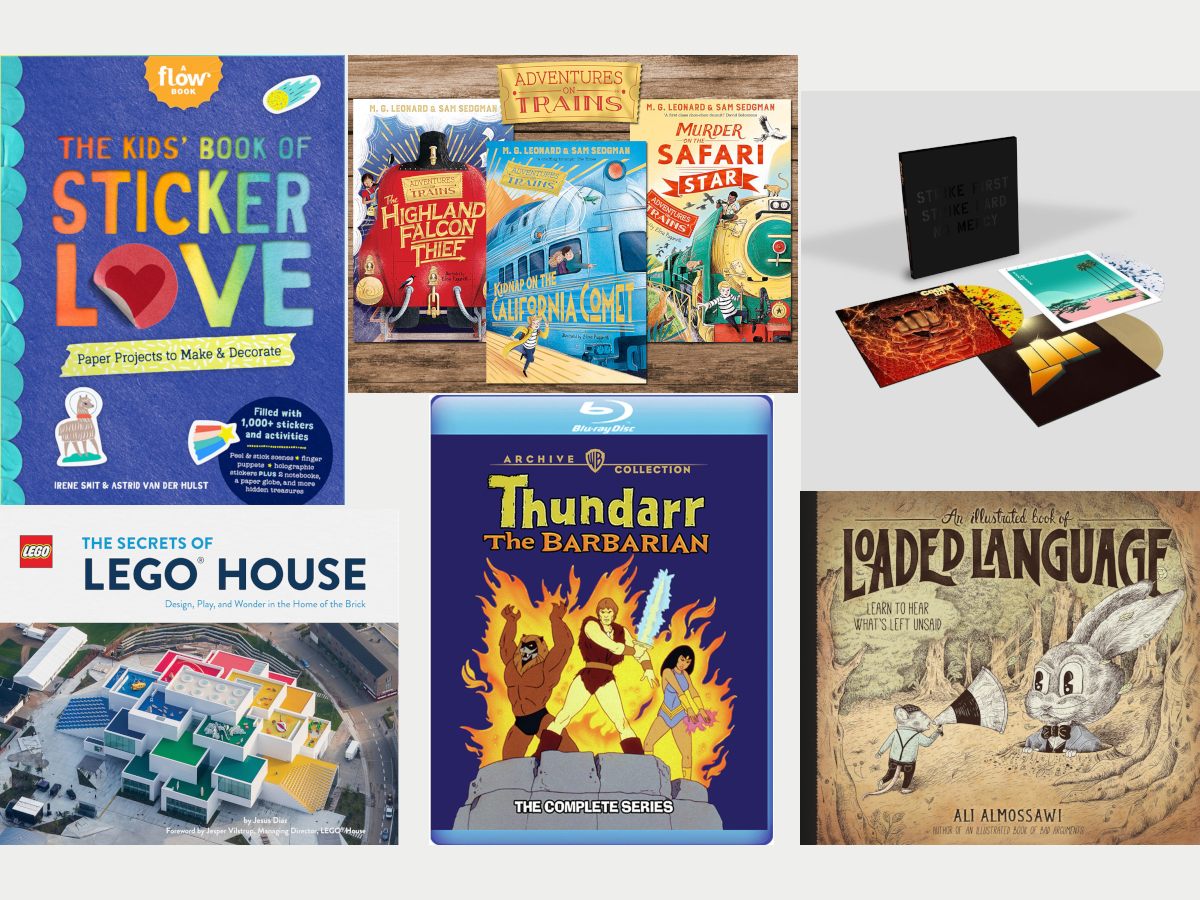 I wouldn’t be surprised if—just like our writers—most of our readers have a house (or Kindle) full of books, and a slew of physical or digital music and TV shows at their disposal. It’s my favorite category of gift guide, and this year we’re sharing some of our favorites from the past year. The list includes some reminders of items we reviewed earlier this year, and some newer items we’ve chosen more recently. Reading books, listening to music, and watching TV shows are all fantastic experiences to share with others, which is what the spirit of the holidays and the practice of gift giving is all about.

Disclosure: Some of the links below may be affiliate links. This means that the contributor (or GeekMom) may make a small amount of commission if you click through and purchase the item at no extra cost to you. We may have also received the item for review from the manufacturer, and this in no way influences our opinions. If we don’t like something you will not see it here. 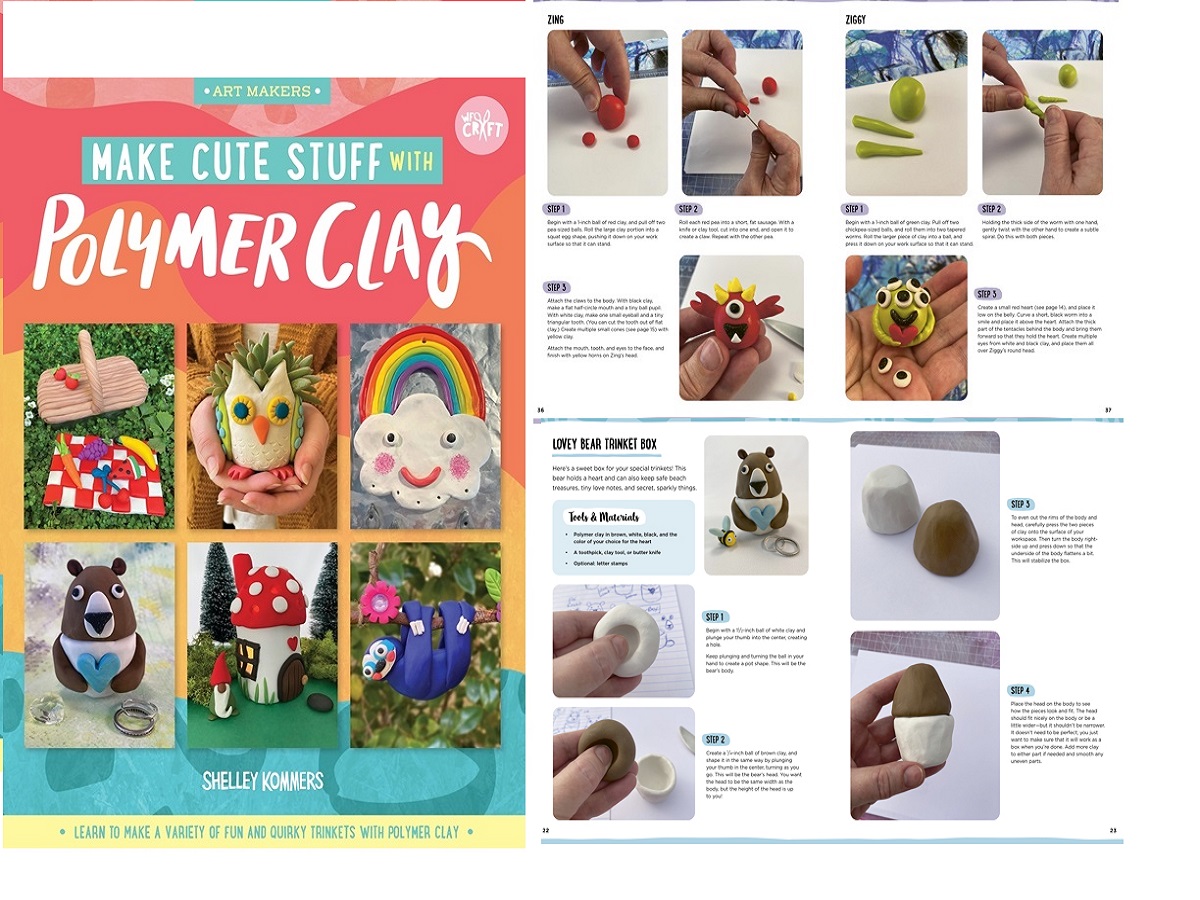 Polymer clay is engaging, and this book is packed full with ideas for kids to make. Dexterity of fingers, hands-on creating and construction of different shapes is pivotal for our body coordination and mind development. We are tool makers, and kids specially need to know that progressive shapes can derive from simple forms such as coils, pinch pots, and tear drops. Your kid will want to make every last one of these projects, from the owl pot planter, to the beautiful sloth, to the aliens and space ships, all of them are so much fun! See my original review. 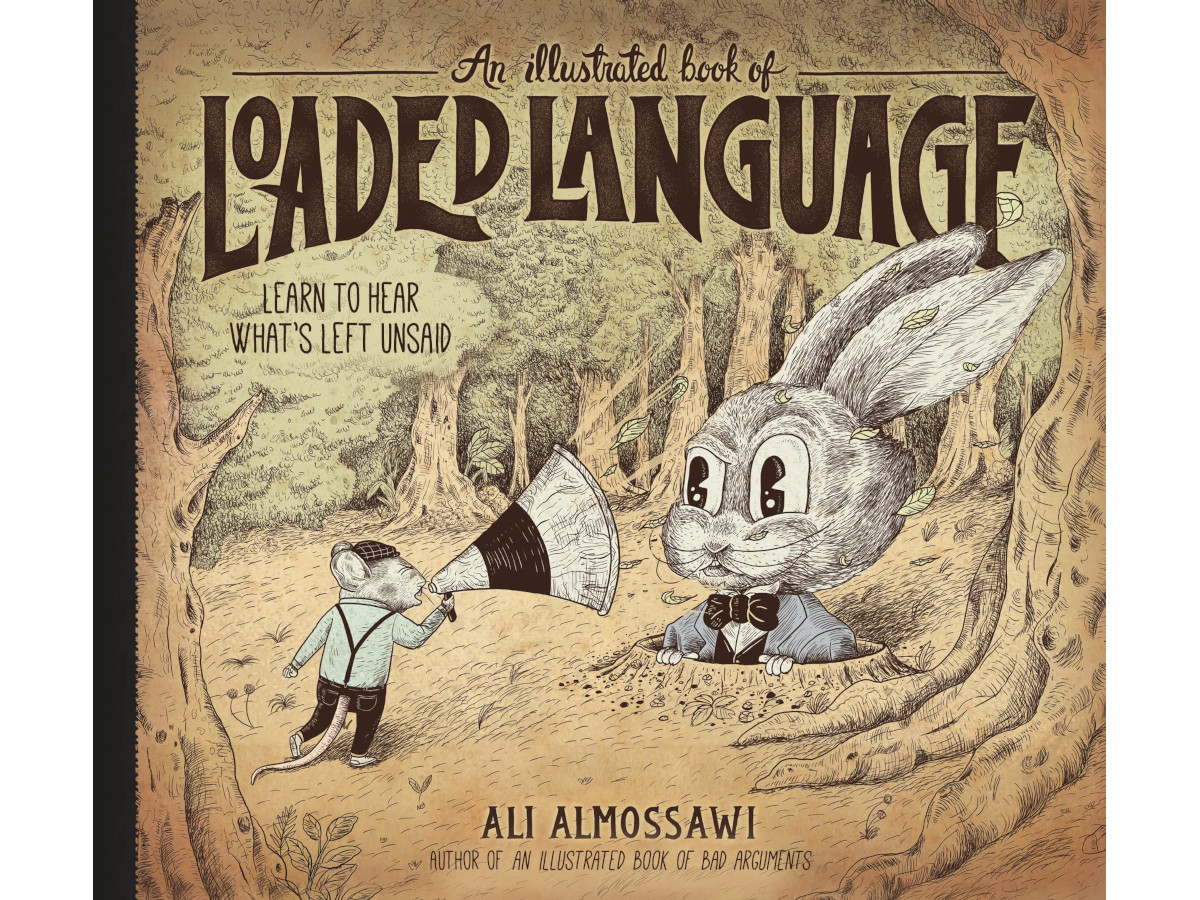 Like its predecessor An Illustrated Book of Bad Arguments, An Illustrated Book of Loaded Language should be required reading in every high school. Learning how to think is, and should be, the ultimate goal of education. Unfortunately, schools often focus on other priorities, such as test scores. So, it can fall to us as parents to fill in the gaps. This book will help you and your kids learn to question and dissect everything they hear, see, and read, putting it all through a “loaded language” filter to learn what is really being said, all taught to us by cute woodland animals. It tackles contemporary issues and vocabulary, and helps peel back the curtain to see the true agenda of the content creator. This book explains how people cause others to make assumptions, and how to avoid falling for it. This book is truly a must have in any critical thinking library. Read my review on GeekMom. 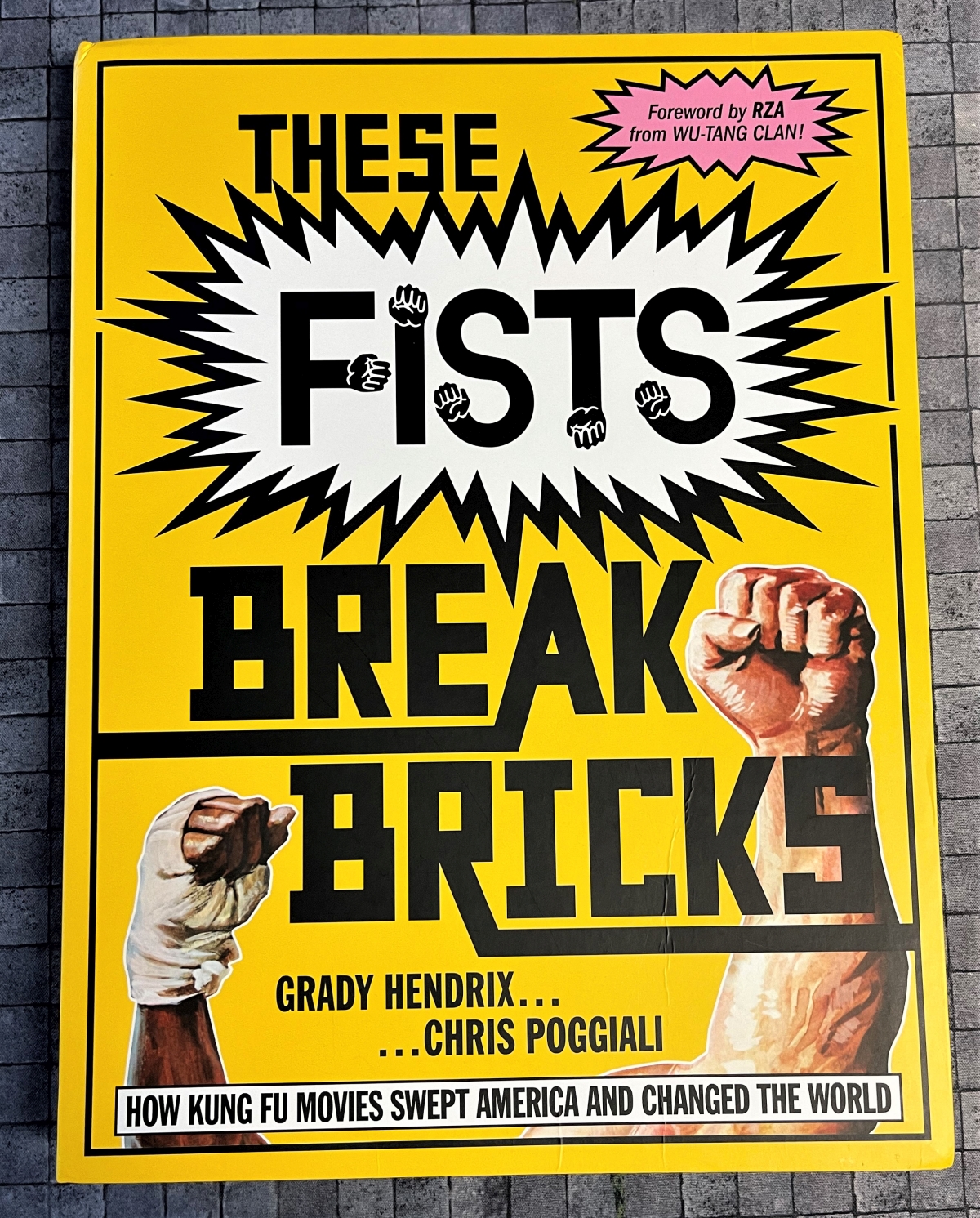 This lavishly illustrated, softcover book is by New York Times bestselling author Grady Hendrix, and film historian Chris Poggiali. It explores the story of how Kung Fu movies came to America, and set off a craze that continues to this day. From the Foreword by RZA of Wu Tang Clan: “In the following pages of These Fists Break Bricks, we will travel down that path of yesterday, where grindhouse theaters and the films they displayed inspired the filmmakers of today and the sound of the world’s most popular music. May this book’s history and the culture it revisits inspire future generations to come.” 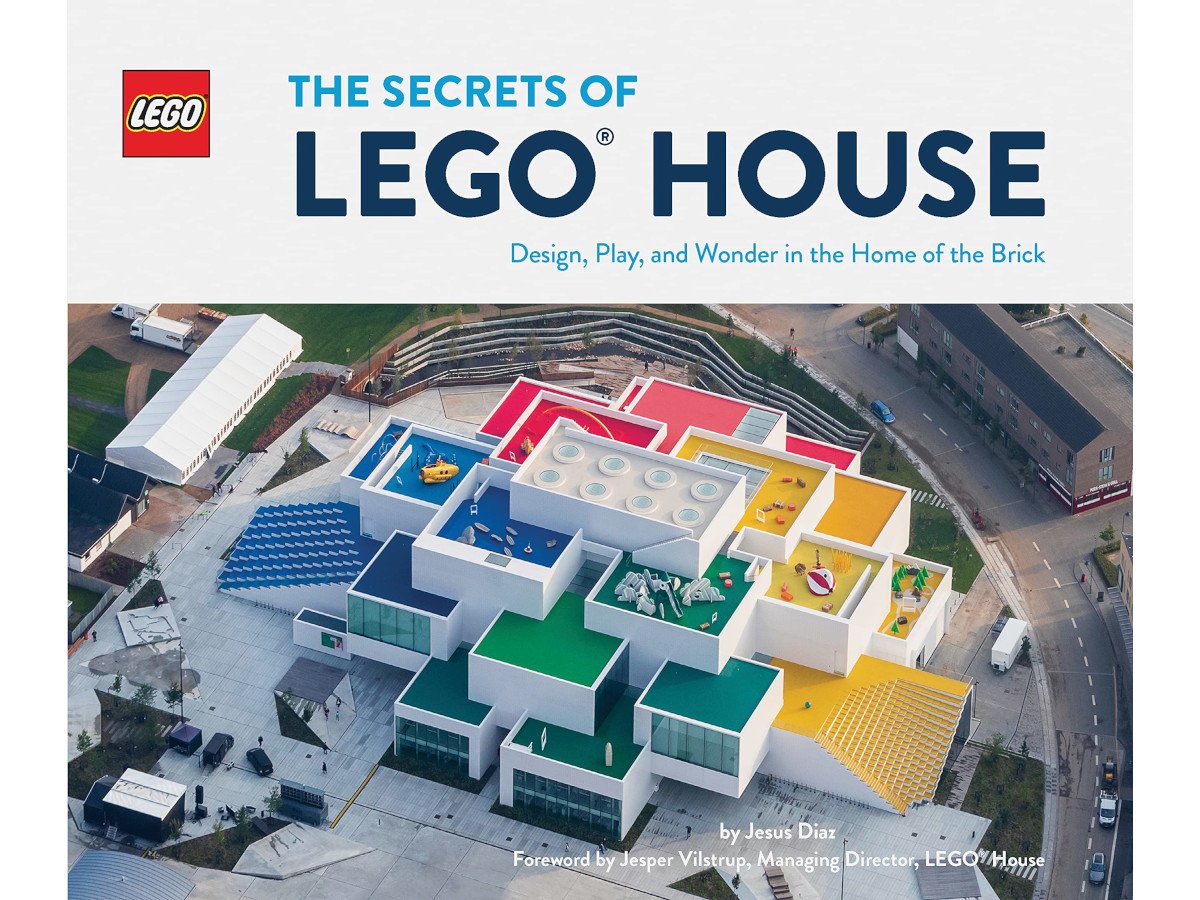 There is an incredible building in Billund, Denmark, called LEGO House. It is an architectural love letter to the LEGO brick and the LEGO universe in general. It’s also a destination for LEGO lovers and families of all shapes and sizes to go and experience all that LEGO has to offer. It focuses on play and the benefits of play. This book is an informative and delightful companion to LEGO House itself, but can be enjoyed even if you have no plans to travel to Denmark. In it, you get an up-close-and-personal tour of the building, as well as a refreshing and unexpected lesson on the value of play and the role it has in our growth and well-being, certainly as kids, but also very much as adults. I recommend this book to anyone, even if they aren’t LEGO fanatics. Read my review on GeekMom. 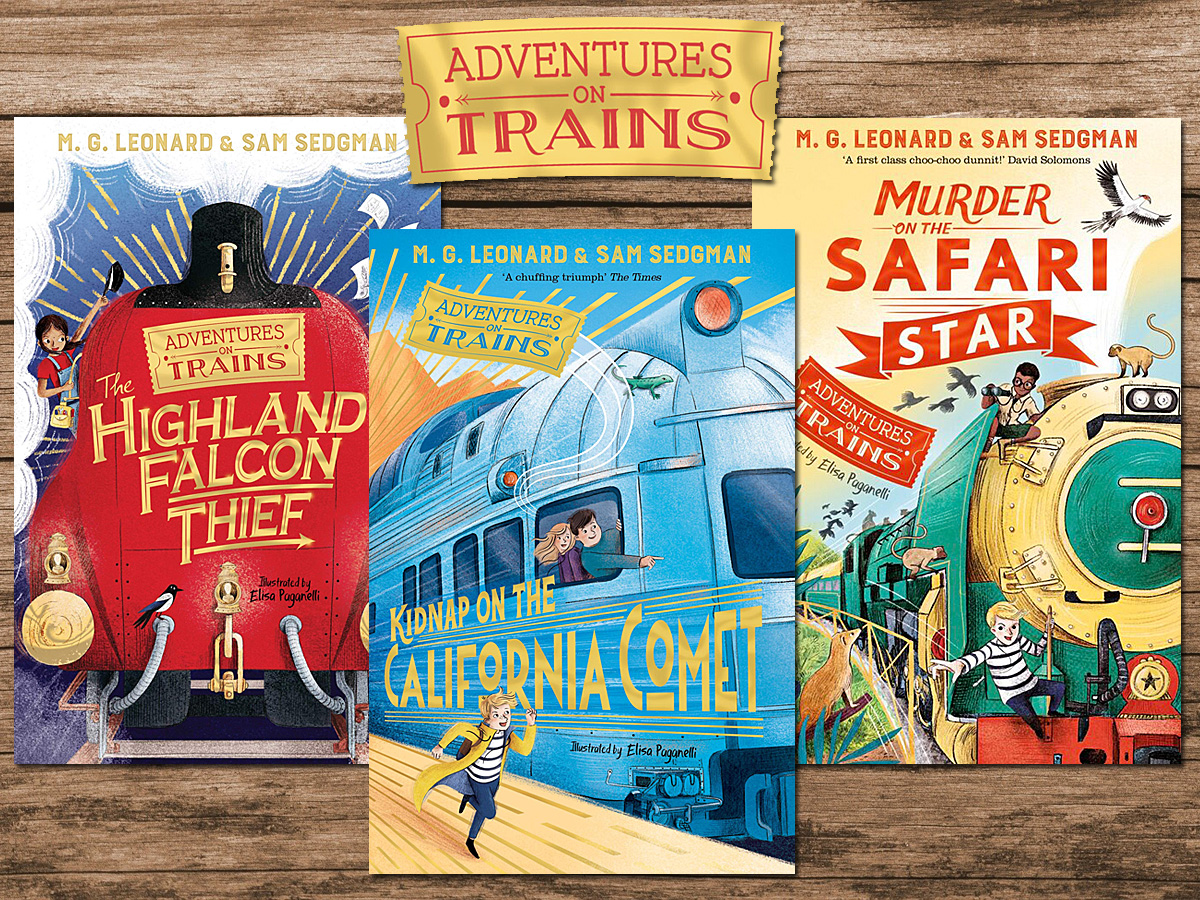 Adventures on Trains is one of my favorite ongoing middle-grade series. It stars eleven-year-old Harrison (Hal) Beck who in book one is being sent away for a few days with his Uncle Nathaniel, a well-respected travel writer, and steam train enthusiast. Not a fan of trains, Hal is not looking forward to the trip but ends up not only enjoying himself but solving a crime and become a huge train fan himself. In subsequent books, he and his uncle travel all over the world on famous railways, solving everything from kidnappings to murder. This is a series that any train fan will love. 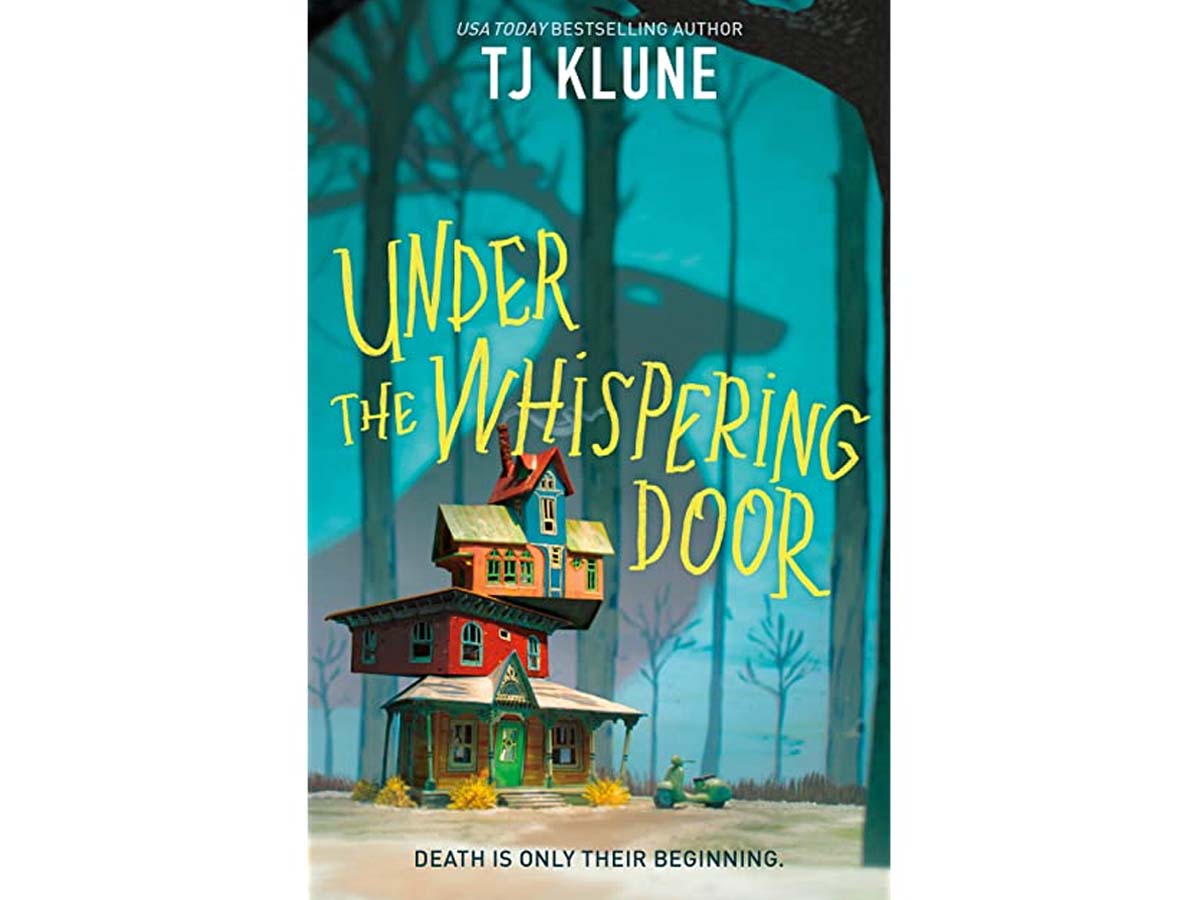 Under the Whispering Door is TJ Klune’s second queer fantasy following his hit House in the Cerulean Sea and is a warm story about a grumpy man and how he learns to live the life he should have lived during his time on this earth the catch is he only has seven days to do it. 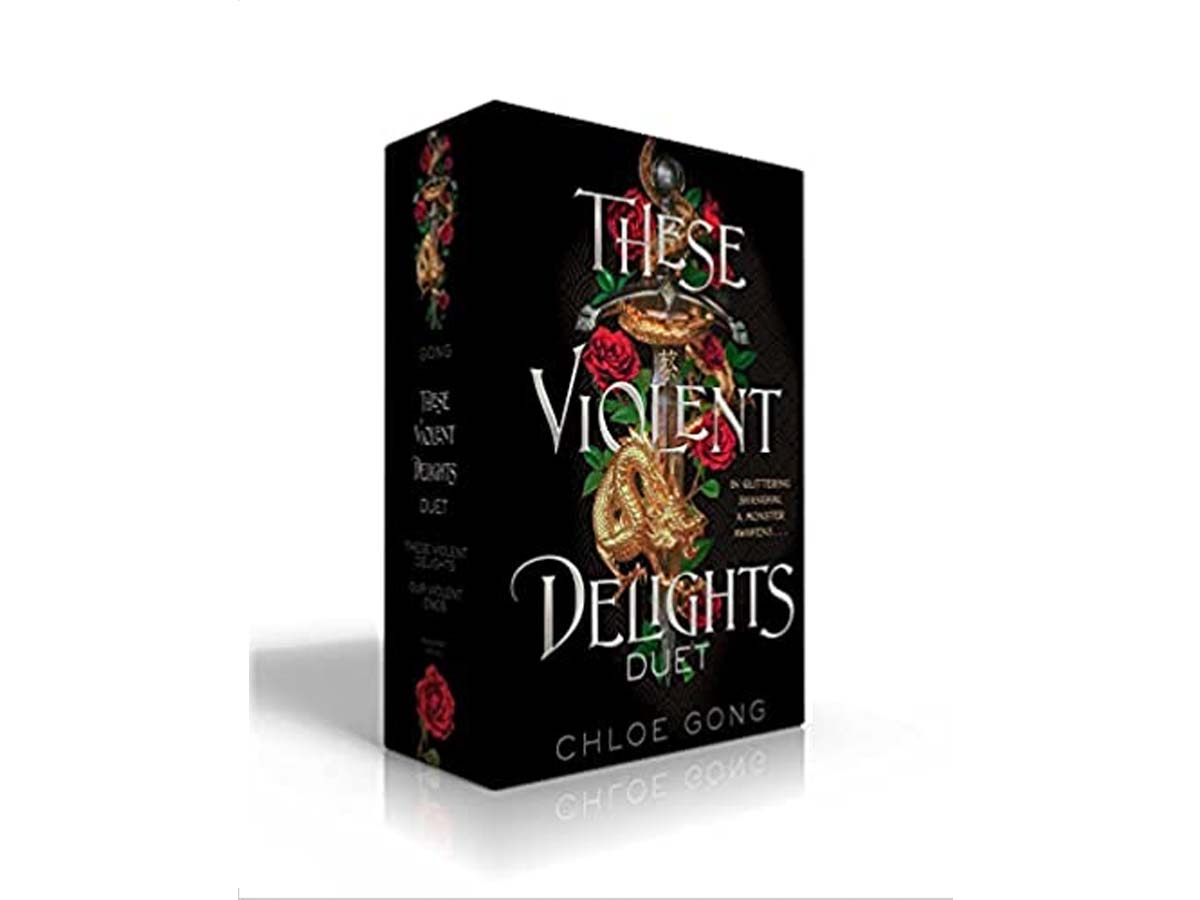 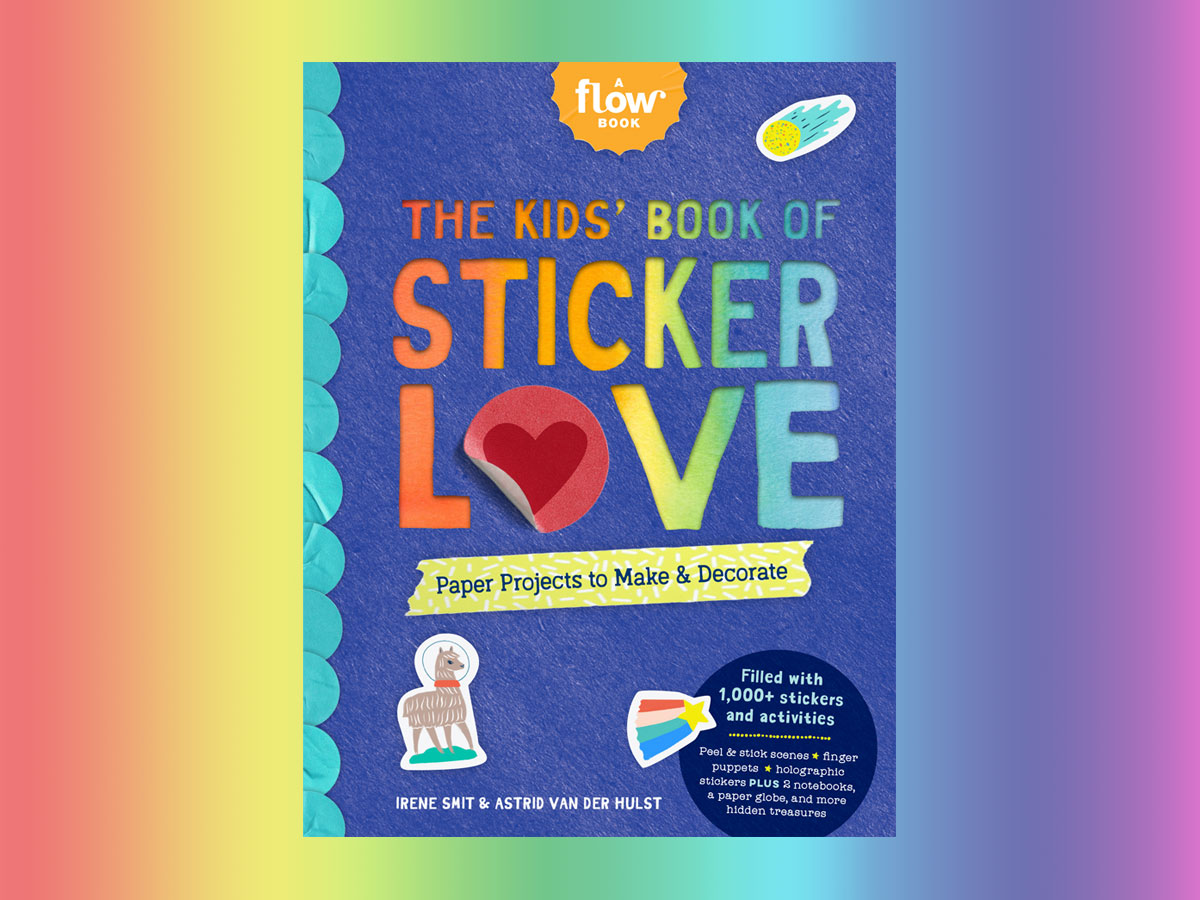 The Kids’ Book of Sticker Love is a fun book filled with all sorts of sticker-related activities and crafts, and (of course) over a thousand stickers to use. The four sections include things to craft, things to write, things to play with, and things to share. My daughter is a big fan of the previous volume, The Kids’ Book of Paper Love (seen in this Stack Overflow), and has just started diving into this follow-up recently, which I expect will keep her busy for many months to come. 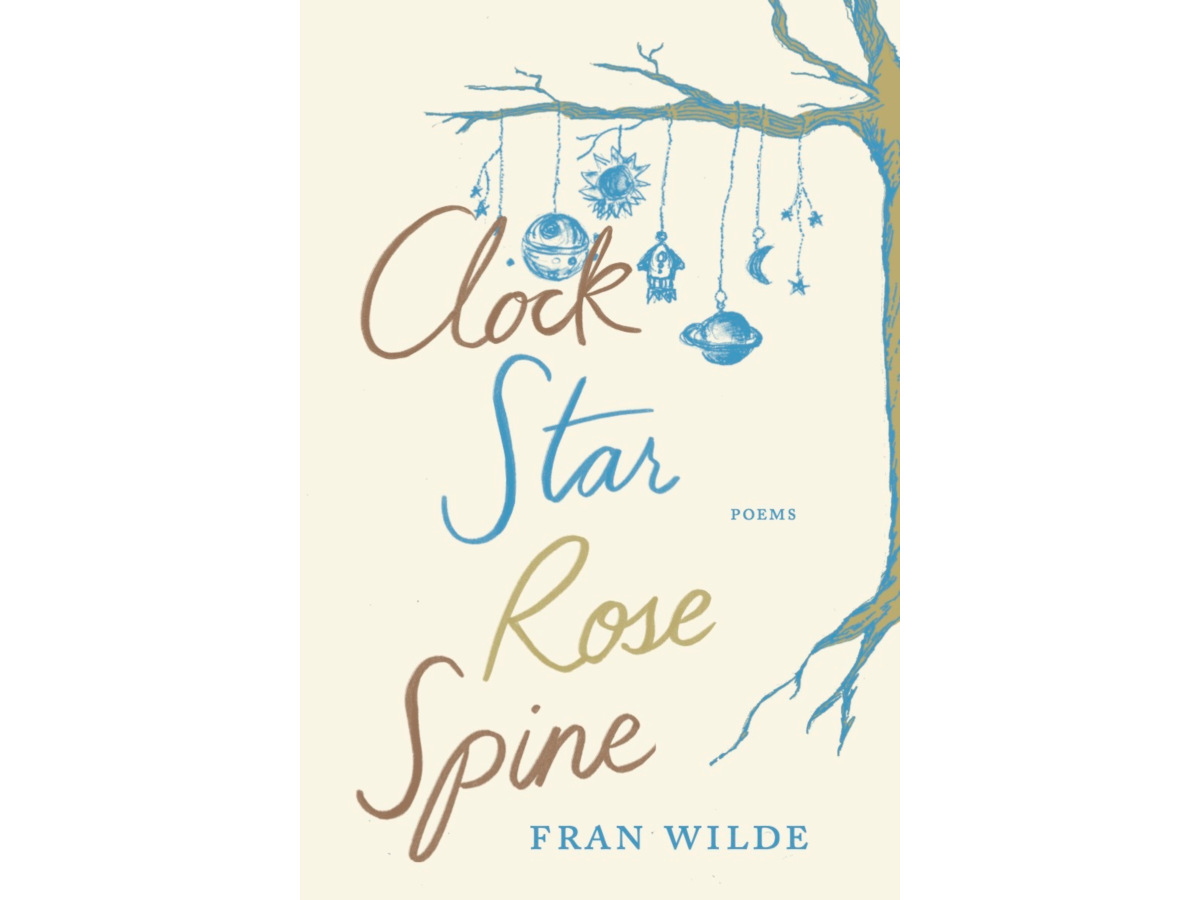 The best poetry, in my opinion, is that which is descriptive enough to paint a picture, but vague enough to apply to your own life too. It’s beautiful, uplifting, and sometimes even heart wrenching. Fran Wilde’s poetry in Clock Star Rose Spine is all those things. At once it’s autobiographical, but also ethereal, resisting your grasp while you try to nail down its meaning. I am excessively picky about the poetry I read, but I read Fran’s book in one sitting. It was a journey through moments of a life, and, after finishing it, I felt like I’d returned from a satisfying and meaningful journey. Read my GeekMom review. 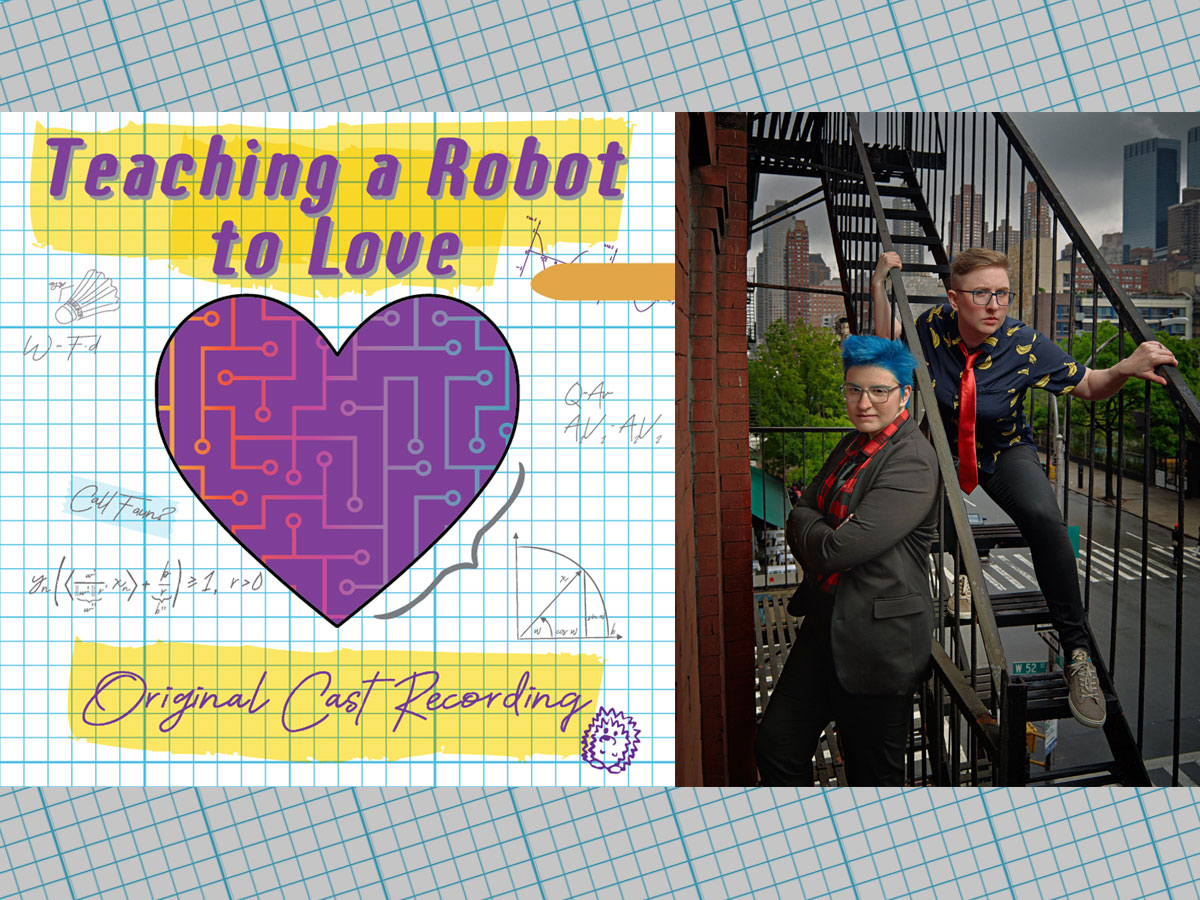 The Doubleclicks have a new album out, and it’s a musical! Written by siblings Laser Malena-Webber and Aubrey Turner (and performed by a bigger cast), the story told in songs is about tech billionaires, pushing the boundaries of science, falling in love, and what it means to be human. Like the rest of the Doubleclicks’ music, it uses geeky references to talk about deep emotions (see also: Lasers and Feelings); in this case, the robot’s journey of discovery was inspired in part by Laser’s own experience of being non-binary. The album is available from a few different platforms—Bandcamp, iTunes, Amazon—as well as in physical form if you still prefer CDs. 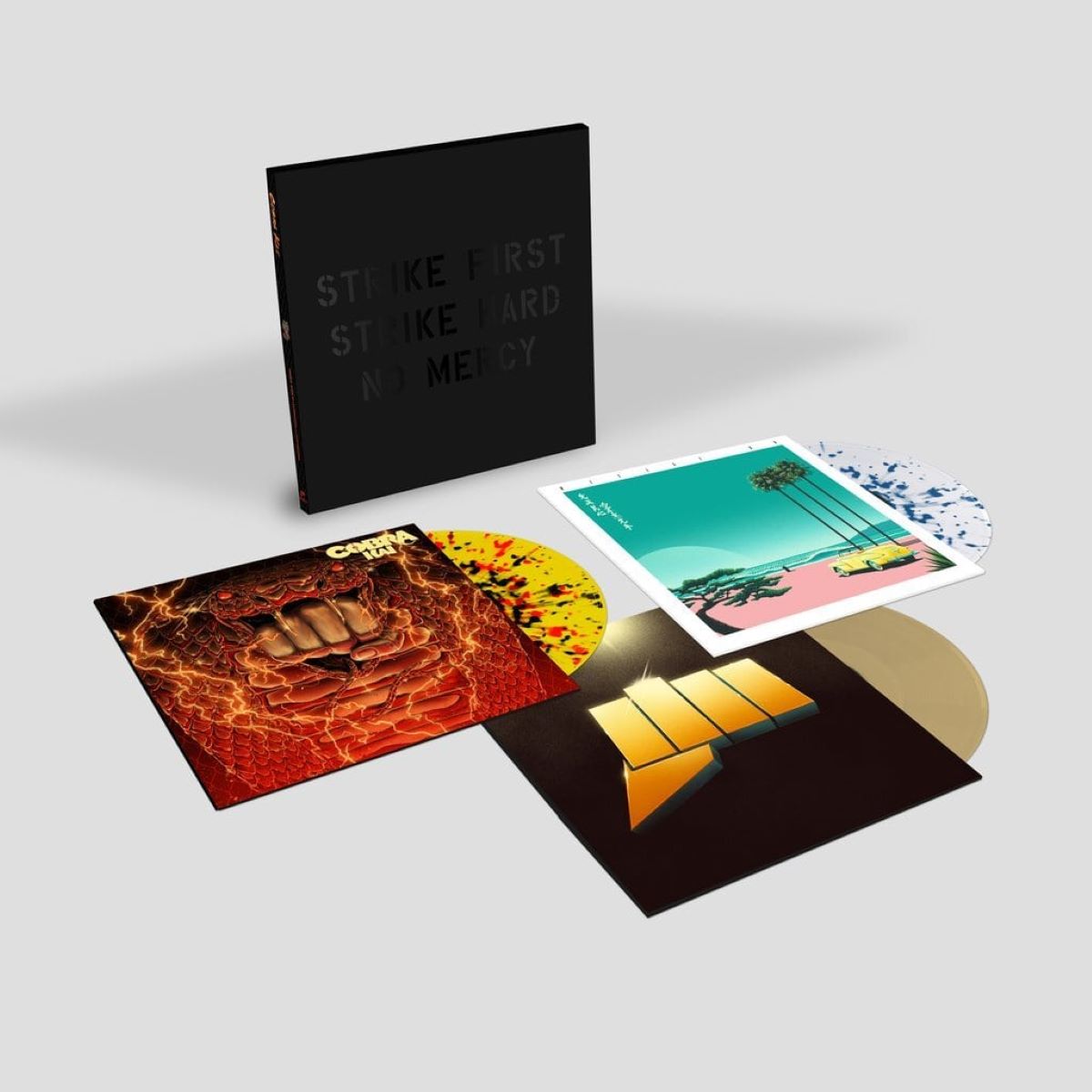 With three seasons under its belt and a 4th season arriving this December, now’s the perfect time to pick up this 3-disc vinyl soundtrack of the first three seasons of Cobra Kai. Music is composed by Leo Birenberg and Zach Robinson, with artist Matt Ryan Tobin providing the artwork for the record sleeves. 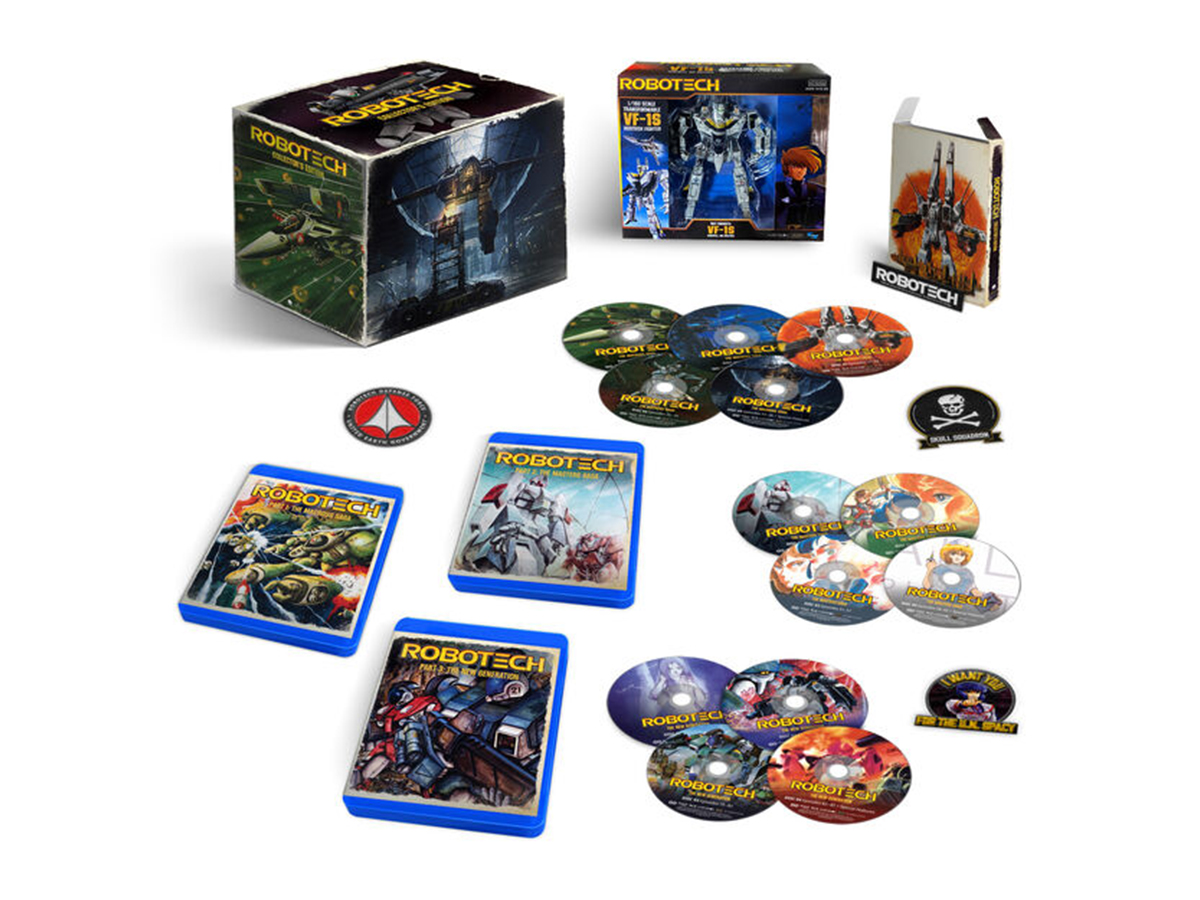 Long before I’d ever heard the word “anime,” I loved Robotech. A distinctly American mishmash of three disparate early ’80s mecha series, Harmony Gold’s Robotech was a sprawling space opera the likes of which this young Gen-Xer had never encountered. It proved a formative viewing experience, and one I often revisit—first on DVD, later via Amazon Prime, and now in the new 13-disc Blu-ray Collector’s Edition from Funimation. Along with all 85 episodes (in the original 4:3 aspect ratio), this collection also boasts 7 hours of special features like promo reels, commercials, deleted scenes, original pilot episodes, and music videos. Fellow diehards will surely appreciate all this multimedia content, but the added pack-ins further sweeten the deal. There’s an exclusive, transformable VF-1S Veritech fighter, a Roy Fokker action figure (in his pilot uniform), and a quartet of 3-inch patches perfect for your RDF flight jacket all in one pitch-perfect throwback package. Whether your fondest memories are of fighting the giant Zentraedi menace aboard the SDF-1, battling the Robotech Masters with the army of the Southern Cross, or reclaiming Earth from the Invid alongside Scott, Rook, and Lancer, Robotech – The Complete Series – Collector’s Edition has everything you want and more! (Review materials provided by Funimation.) 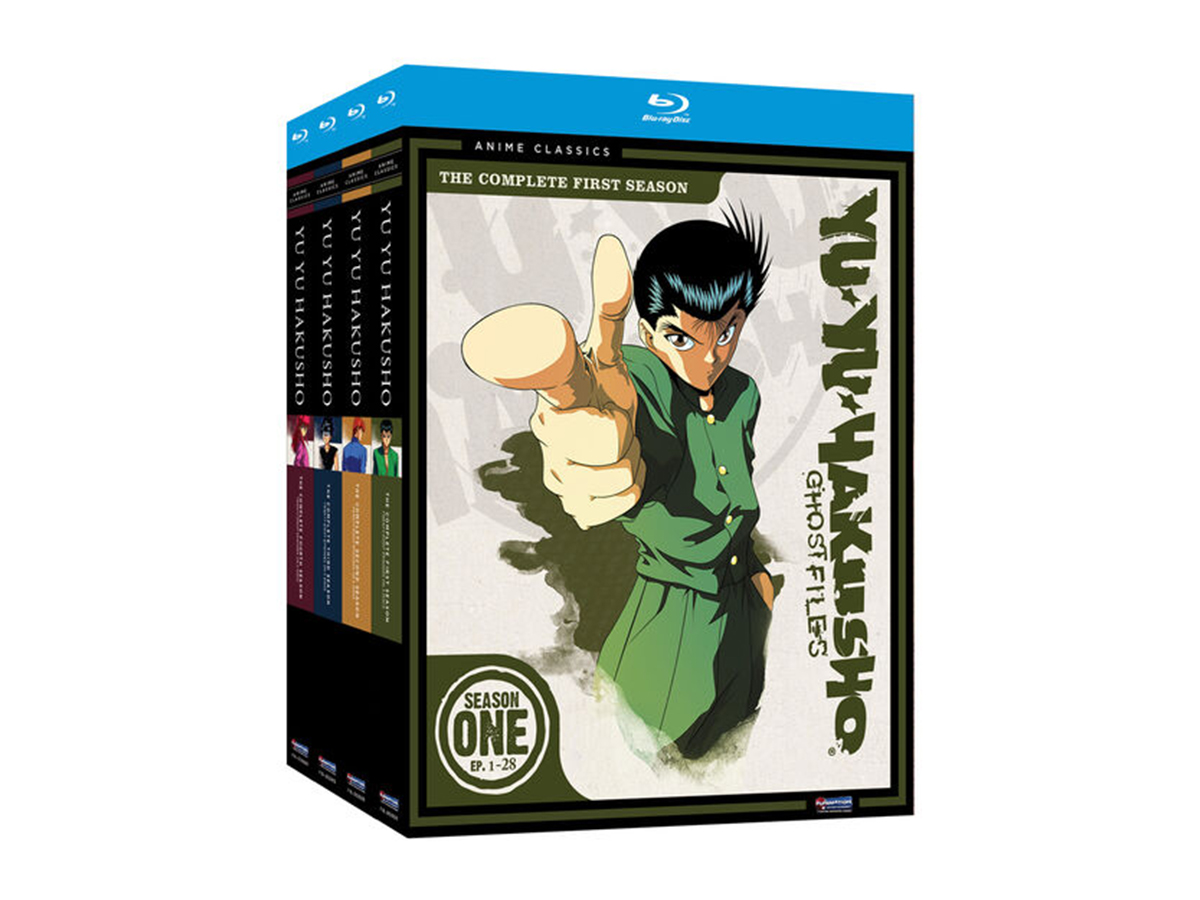 Though already a veritable shonen anime classic at the time, Yu Yu Hakusho first gained prominence here in the States as a part of Cartoon Network’s Adult Swim block in the early 2000s. Now you can revisit the entire 4 saga arc of Yusuke Urameshi and friends anytime you want without even having to stay up late. The Yu Yu Hakusho – Season 1-Season 4 Bundle from Funimation takes you from the early Spirit Detective days through the epic Dark Tournament and far beyond. Encompassing all 122 episodes, this bundle includes the 4 discrete “season” Blu-ray releases for one impressive price. Though the individual collections would retail for a whopping $179.92 combined, Funimation is offering this supernatural holiday treat at a heavily discounted $89.99. At that price, even Koenma would approve. (Review materials provided by Funimation.) 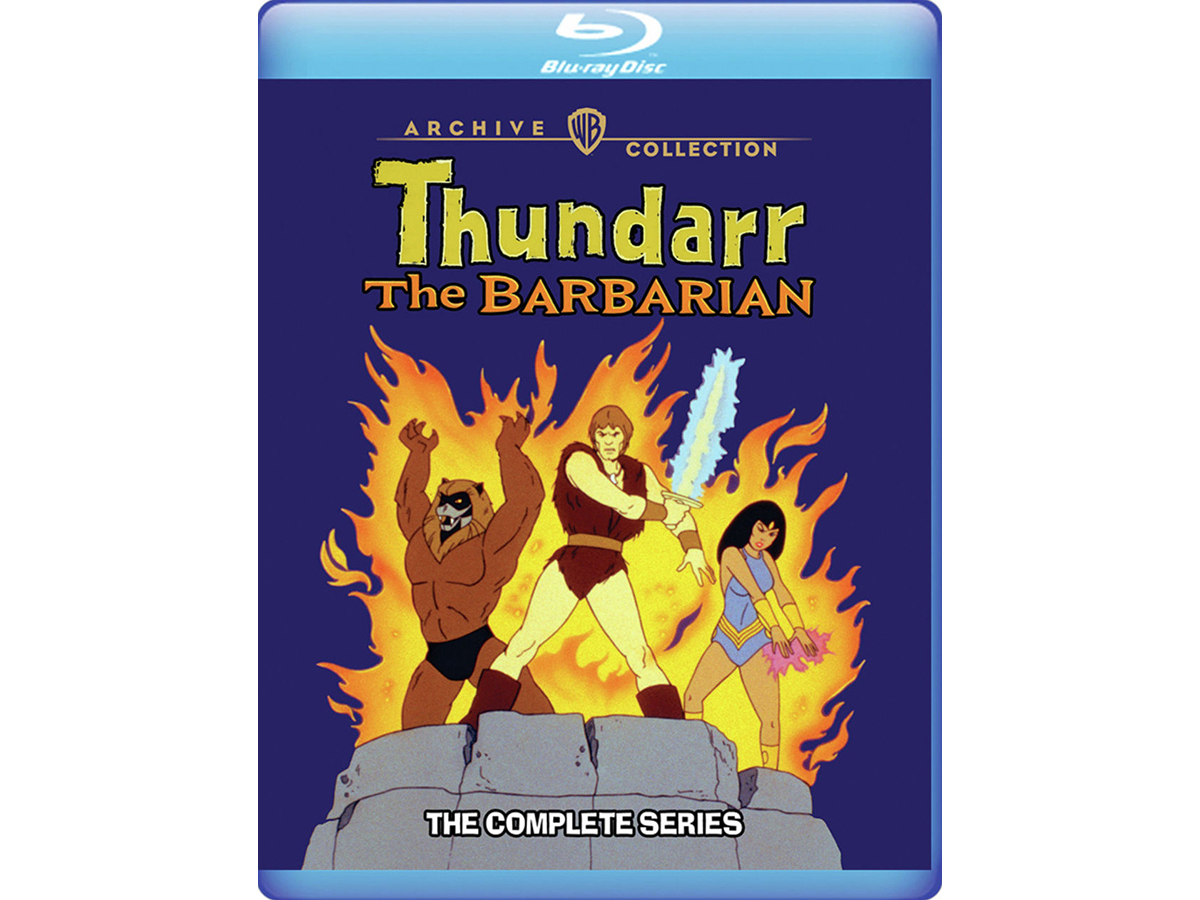 While all eyes were firmly on Netflix’s He-Man relaunch in 2021, Warner Bros. slyly brought their own fair-haired swordsman back into action. Via the mighty powers of Blu-ray, Thundarr the Barbarian: The Complete Series simultaneously takes us to a lazy Saturday morning circa 1980 and into the far-flung future of 3994. On a ruined Earth circled by a shattered moon, Thundarr, sorceress Princess Ariel, and Ookla the Mok fight evil wizards, assorted mutants, and Old Earth technological monstrosities with help of the famed Sunsword… and also, like, friendship and stuff. Despite ample nods to the Star Wars franchise—magical energy blade, hulking furry companion, etc.—this Ruby-Spears production was its own weird, wonderful thing, and Thundarr the Barbarian: The Complete Series brings you all 21 episodes at a nicely attractive price point. (Review materials provided by Warner Bros.) 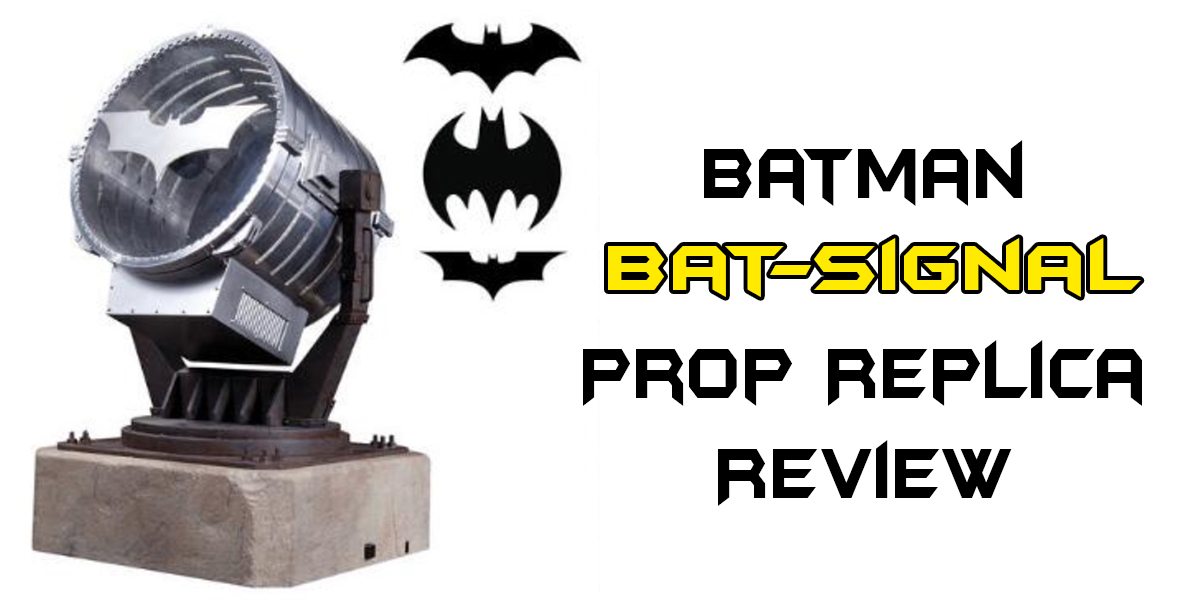