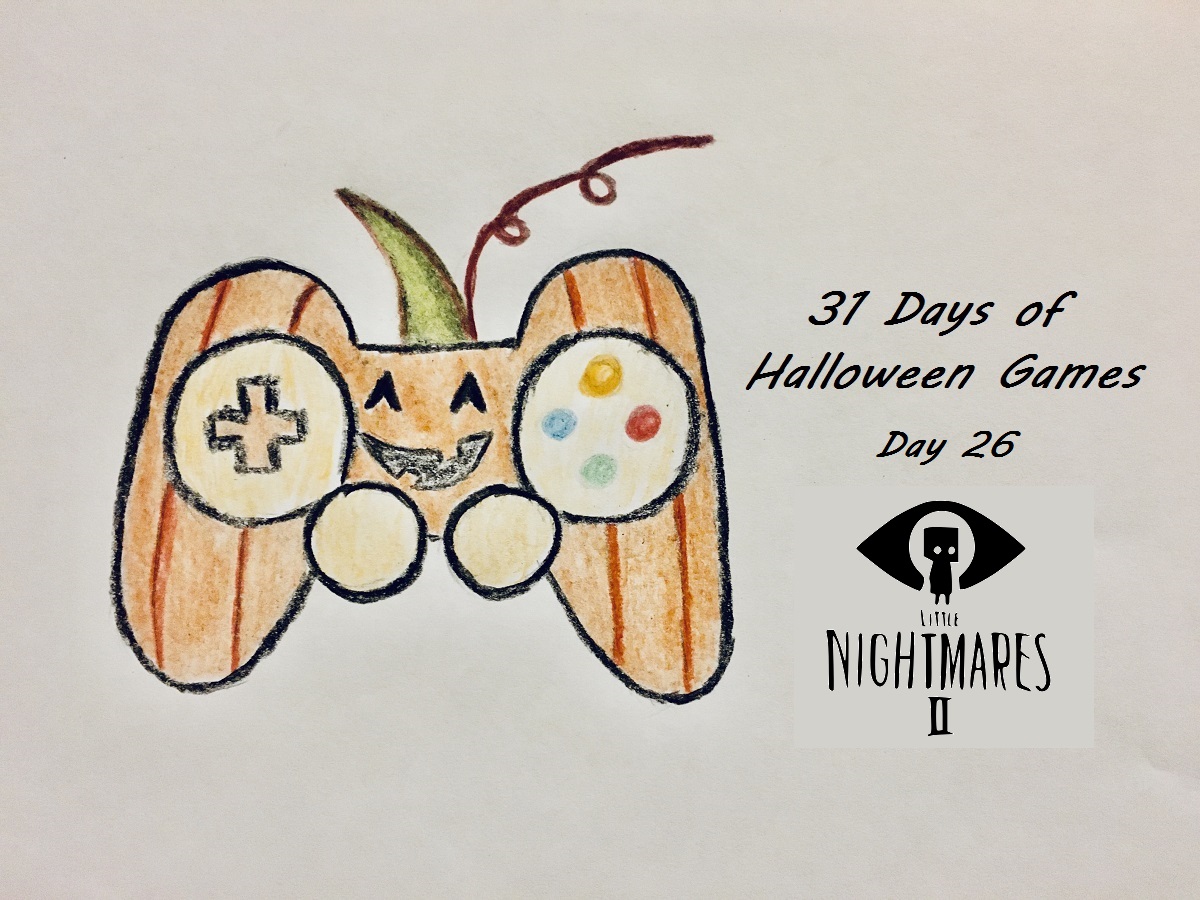 Video games, especially Halloween Games, are as much built on music and atmosphere as they are storytelling and gameplay. I am a huge fan of great supporting soundtracks because it is not an easy job to create the music to match something as dynamic as a video game. But then you come across a game like Little Nightmares II, where the soundtrack is so minimal but the small bit of music or effects you have are absolutely perfect for the atmosphere. The creep factor builds with each scene, leaving you almost begging for an orchestral piece to break up the soft noises. My spine tingles with anticipation! It’s Day 26 of our Halloween Games and I’m starting to think I’m not going to make it to the end of the month. *shudder*

What is Little Nightmares II?

If there is a Little Nightmares II, that means there must be a Little Nightmares I and I completely missed it (though GeekMom Sam did mention it back in 2017). Originally released in 2017, the first game is a puzzle platform horror adventure game with a 2.5D perspective. It is set in a mysterious world with a young girl as the protagonist–known only as “Six” with a bright yellow rain jacket. She has no fighting skills and must rely on her wits to escape various enemies and the iron vessel called the Maw. 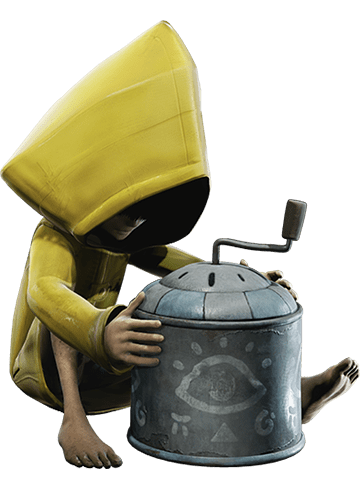 Little Nightmares II is the new game in the series, a prequel to the events covered in Little Nightmares. This second game was released in February 2021 and introduces a new character, Mono–a young boy wearing a paper bag over his head. Mono awakens to a door with an eye marked on it. He then ends up in the wilderness with no real idea of what is going on. This introductory scene shows us a few of Mono’s skills, allowing him to pick up various items and use them as tools or even weapons. Mono is not quite as defenseless as his predecessor, Six. 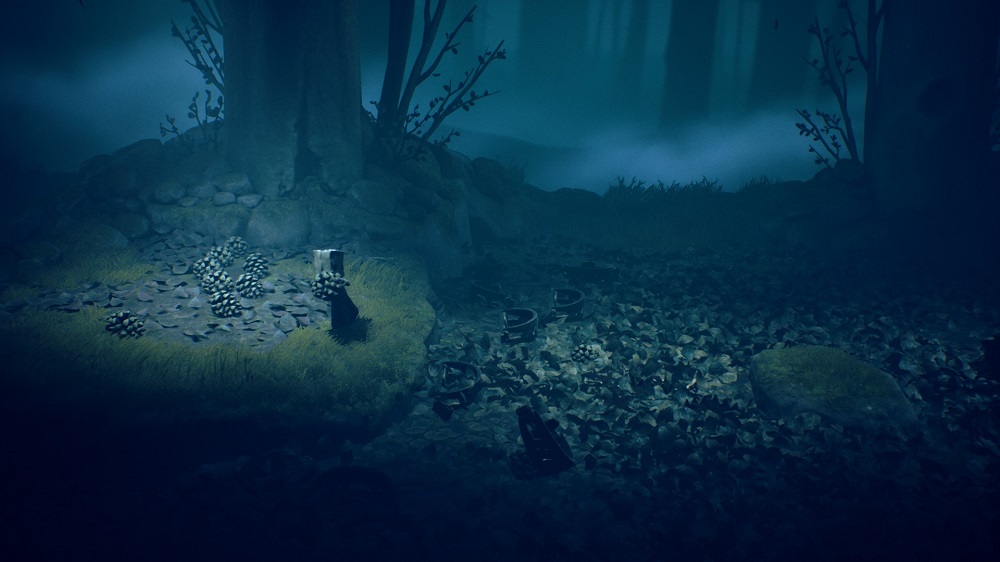 Speaking of Six, it is no spoiler to let you know Six is in Little Nightmares II. Six acts like an assisted AI partner to your Mono. Once you work your way through the Wilderness, you will find Six in a shack. You’re going to need a teammate to make it through this game.

Hide from the Shadows

Little Nightmares II plays on the little features and makes them stand out against the creepy backdrop. The opening scene in the wilderness is enough to make my hairs stand on end. Little touches like flies buzzing around decaying corpses create the mood but then there is the lightest of sounds playing underneath and it really motivates you to get out of here as quickly as possible. 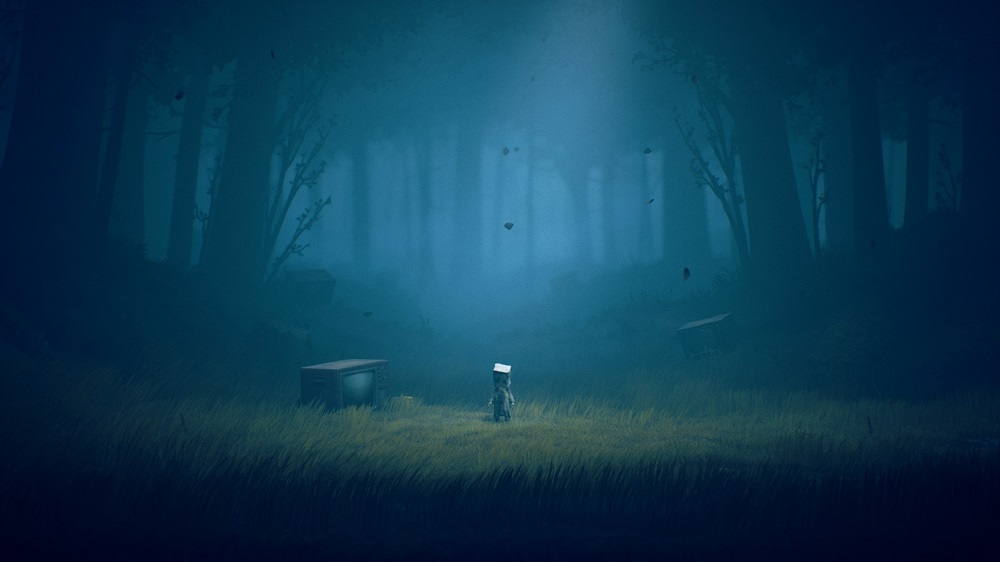 This is a dark dark game to play. And that’s okay because the game plays on the visuals with perfect lighting and shadows. In a 2.5D world, the 3D graphics are so lovely and grotesque at the same time. At one point there, I guided Mono to jump and grab a foot hanging from a… bag of corpses. Even after he let go, the foot continued to “twitch” in a most disturbing way. With the level of details provided in this game, I struggle to express how utterly macabre this looked. Actually, that’s a great word to describe the game: macabre. Gorgeous and macabre. 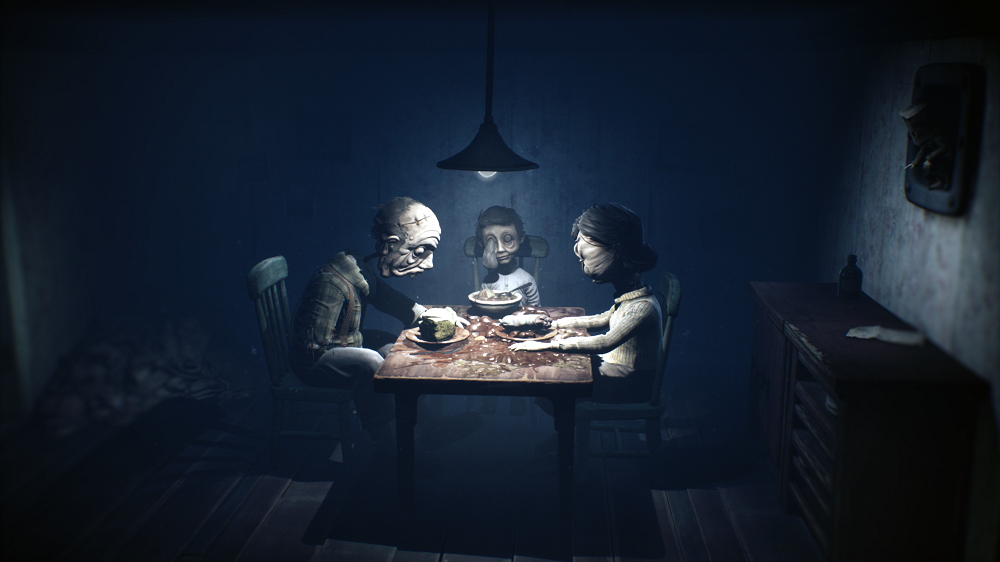 The only issue I have with the gameplay is the often hand-cramping controls when managing more than one element at a time. This is really noticed when you need to depress the button to hold onto an item, rather than click-and-release. If you are holding while crouching or running, it becomes a little painful over time. It seems like such a small thing but if you plan on a big play session, be prepared.

You Know You Shouldn’t Be Here

What drives this game is the blend of fear and curiosity driving you forth. You know you shouldn’t be here, and you know this is going to end very very badly for you, but you cannot help going that little bit further. Little Nightmares II has tapped into this instinctive feeling and used it to build this amazing puzzling adventure. 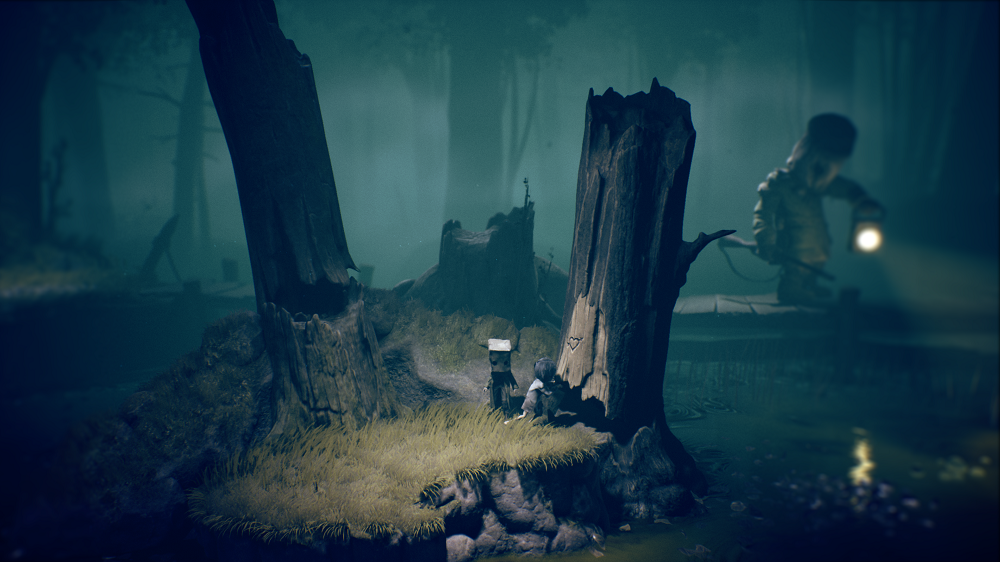 The story itself is a bit gothic and mysterious, with a bit of open-ended interpretation required. For those who have played the original game, the ending to Little Nightmares II will provide a satisfying *gasp*, upholding the continuity that makes for great franchise building. If you haven’t played the original, you will still gain a lot of enjoyment from exploring Mono’s world. You may simply end with the overwhelming urge to go and play the original. And then I promise, you will gain your *gasp* moment.

Of course, Little Nightmares II is more than its visuals and soundtrack. The game is a beautiful puzzle adventure, using scenarios to unlock the story as you go. There is a natural progression to the gameplay, softly guiding you from one puzzle element to the next. The design of the levels carefully considers the secondary character, allowing them to offer assistance without spoiling puzzles nor leaving you hanging (both literally and figuratively). This is neither an escort nor prisoner collection. Six is never meant to be a second-player; the intentional isolation of a single-player game is part of the atmosphere. Six is meant to be an extension of Mono while keeping the story connected across the various scenes. 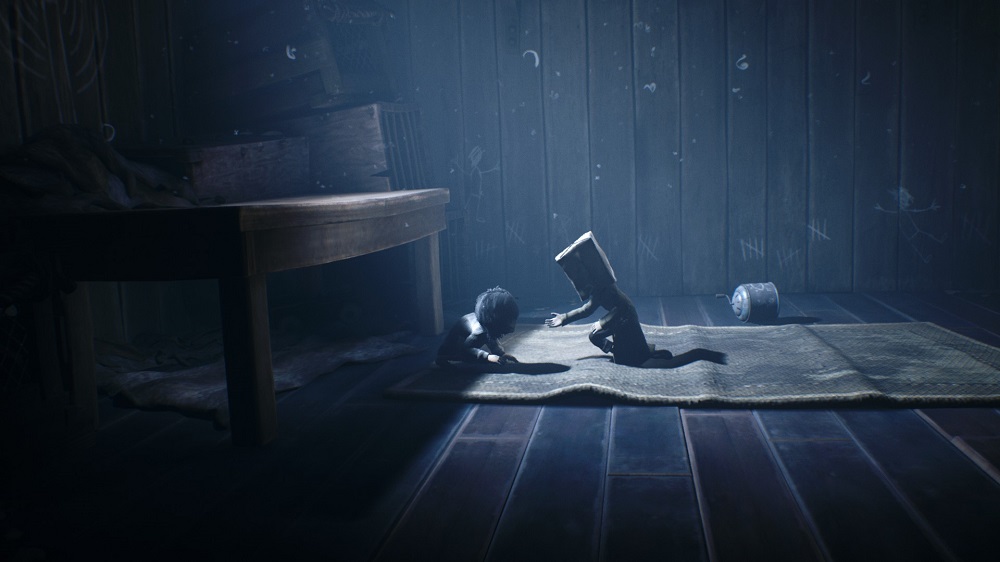 Sometimes the puzzle pieces need to be torn from cold dead hands–seriously. This world is filled with the grotesque and horrifying, which isn’t a surprise if I’m suggesting it for a Halloween Game. However, it is worth noting this is not a game for the younger kids. While many of the puzzles will be easily solved by my spawnlings, I would probably only share this with the 15-year-old. It is way too dark for our 8-year-old and I think our 12-year-old is still a little sensitive to the level of horror and fear for this. Some graphics are a little graphic in the level of grotesque so please play the game yourself before sharing it with the kids.

As mentioned, there is more than one world of Little Nightmares. For the full explosion of experience, you can play: 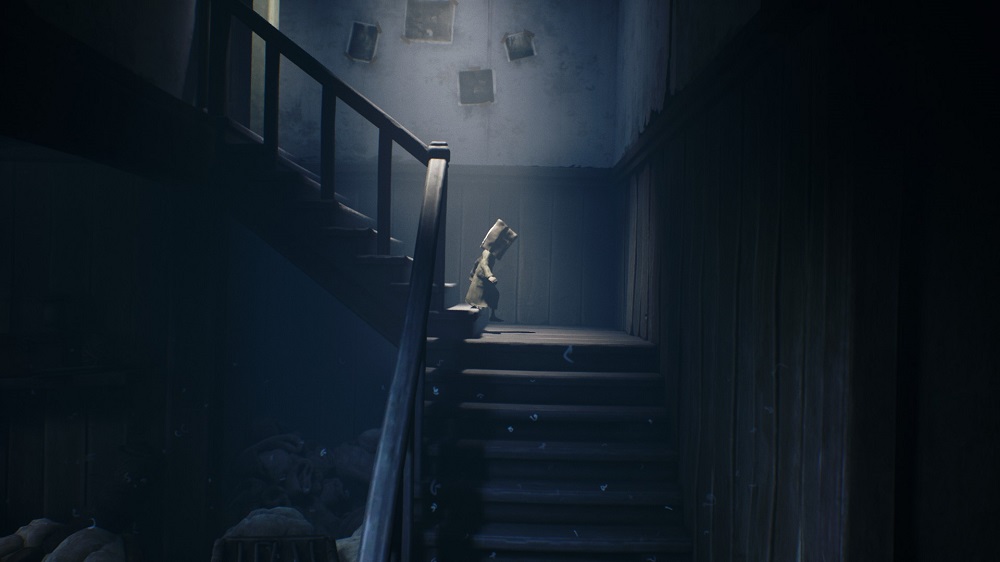 Score: 4 out of 5 yellow rain jackets 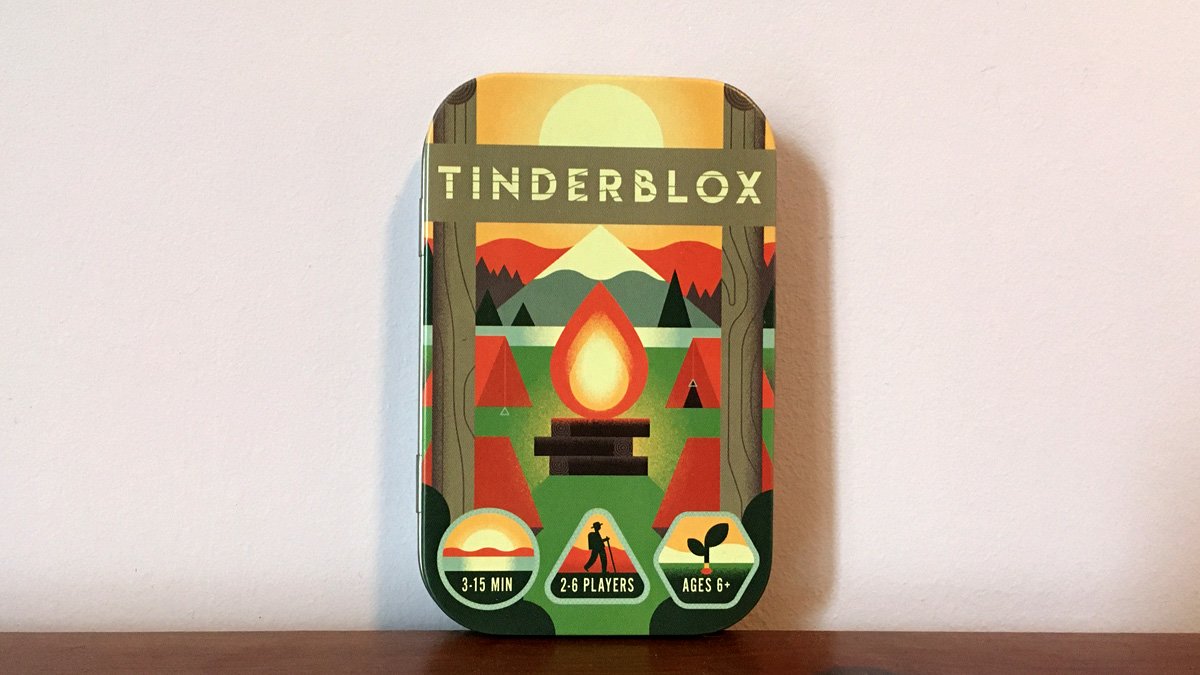