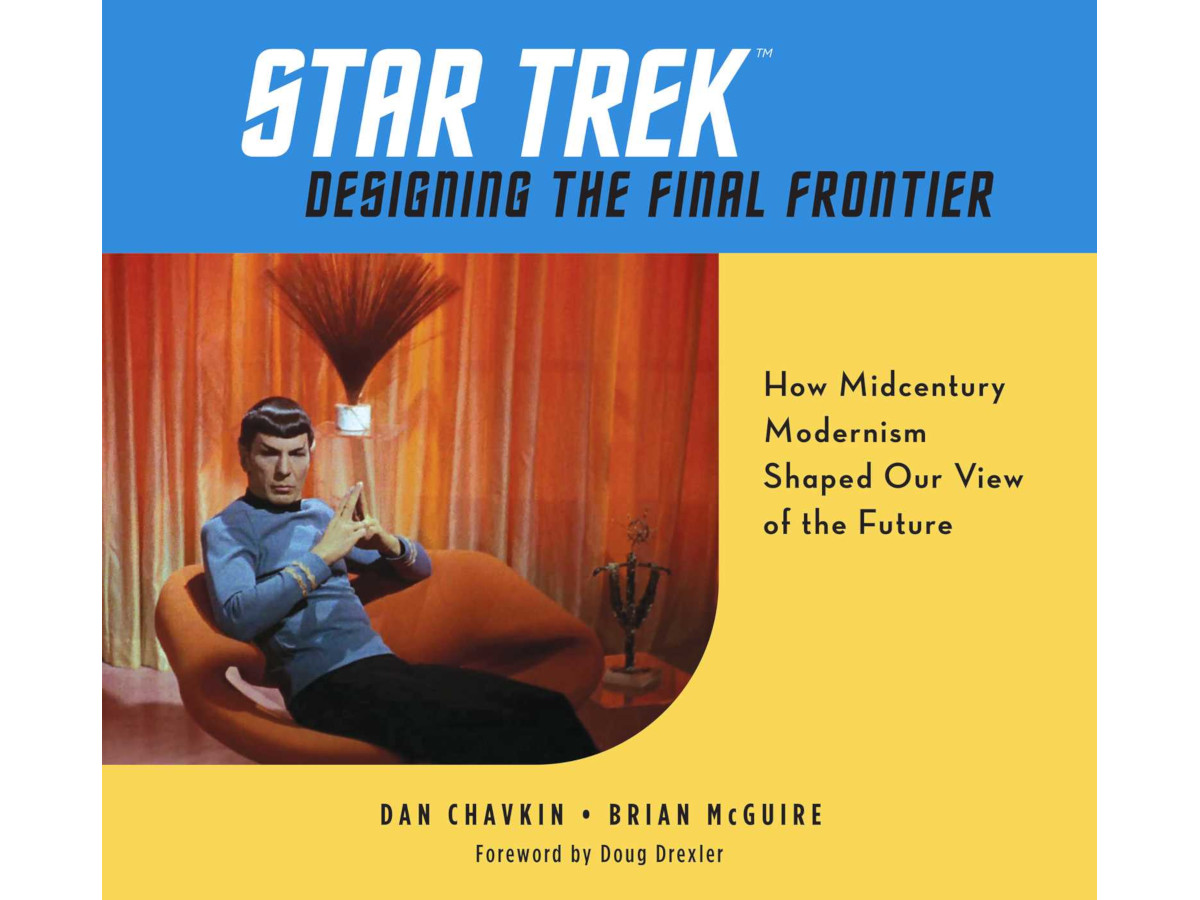 Though the technology in and design of Star Trek: The Original Series (TOS) looks pretty dated by today’s standards, when it originally aired, it looked more futuristic to the viewers. Despite the fact that many of the set elements were retrieved from contemporary stores and shops, the set designers and art directors strived to make everything look like it could have been from the future. The style was Midcentury Modern, and the designers pulled it off because the clean lines of this aesthetic weren’t so widely adopted by people in everyday life as to have been too familiar. A brand new and delightful book dissects the sets of this classic TV series, providing us with an education in the who’s who and what’s what of Midcentury Modern design.

Star Trek: Designing the Final Frontier: How Midcentury Modernism Shaped Our View of the Future by Dan Chavkin and Brian McGuire is a fantastic book that describes how the choices made during set design for Star Trek: TOS helped influence how we envisioned the future. It is an incredible deep dive into Midcentury Modernism, one that is equally useful as an introduction to the style and as a new lens for those who are already well versed.

The book uses Star Trek: TOS as the backdrop, the originating point, of a fascinating discussion on Midcentury Modern design. It covers furniture used on the set, backdrop paintings and filming locations, props, fashion, room dividers, glassware, sculptures, and decorations. Many of which I now covet. The book also explains how they used existing Midcentury Modern and Brutalist architecture as settings for shooting on location.

When I learned about this book and was presented with the opportunity to spend an engrossing afternoon perusing its pages and reading its fascinating contents, I was delighted to accept, since the book combines two of my personal interests: Star Trek and Midcentury Modern design. Though I learned more about Midcentury Modern design from this book than about Star Trek, it’s still a good look behind the scenes to see how the Star Trek creators gave it the classic, timeless, and futuristic look that it had. The book forces us to pause and really study the sets, appreciating the attention to detail put into creating the evocative and distinctive look of the show.

“Midcentury Modernism was strange, cold, somewhat unsettling, and just too futuristic-looking—certainly not a style for everyday living. Hence, for them at least, it had an alien look, which made it the ideal style as a backdrop for science fiction. And through its inherent forward-looking feel, it never appears dated.”
—Brian McGuire, Star Trek: Designing the Final Frontier

Star Trek: Designing the Final Frontier covers each of the three seasons of the show, pulling out particularly notable episodes from each season that clearly show off Midcentury Modern design. For each of those episodes, certain facts are listed: season number, production sequence, air date, stardate, art directors, set decorators, and property master. Those sections each include an episode synopsis as well as a Midcentury Modern analysis. The text takes us through relevant parts of the episode’s storyline, breaking off to tell us more about the style of items we encounter along the way.

In addition to episode studies, the book directly addresses the categories On the Bridge; Futuristic Architecture; Set Decoration, Props, and Fashion; Brutalism; and Mid-Century Advertising. The end of the book also includes a Catalog of Objects, which gives more information about some of the objects included in the book, in case you want to try to find your own pieces. Many manufacturers still sell these or similar styles, and the catalog can also help you find what you’re looking for on the resale market.

Throughout the book, readers will find original photos, advertisements, and displays of furniture, housewares, and buildings, along with stills from the show that showcase those items. The text goes into detail about the designers choices, how they made those choices and why, and the names of the people who designed them originally. Some of the items were used as-is, while others were modified somewhat to better fit what the show needed. Some were even completely transformed, but can still be recognized if you squint a little.

Absorbing the material in this book gives the reader an education in Midcentury Modern design, including specifics about object and style names, designers, and architectural marvels, along with why choices were made to include the items they did and how they tried to represent the future (or to just represent timeless design).

The book spends more time focusing on Midcentury Modern design than about Star Trek itself, despite the many stills included from the show and the show’s analysis being the basis for the book. And, while it’s a mostly serious book, every once in a while a word or two will be inserted, bring unexpected humor and wit to the descriptions, as in the caption to this image: 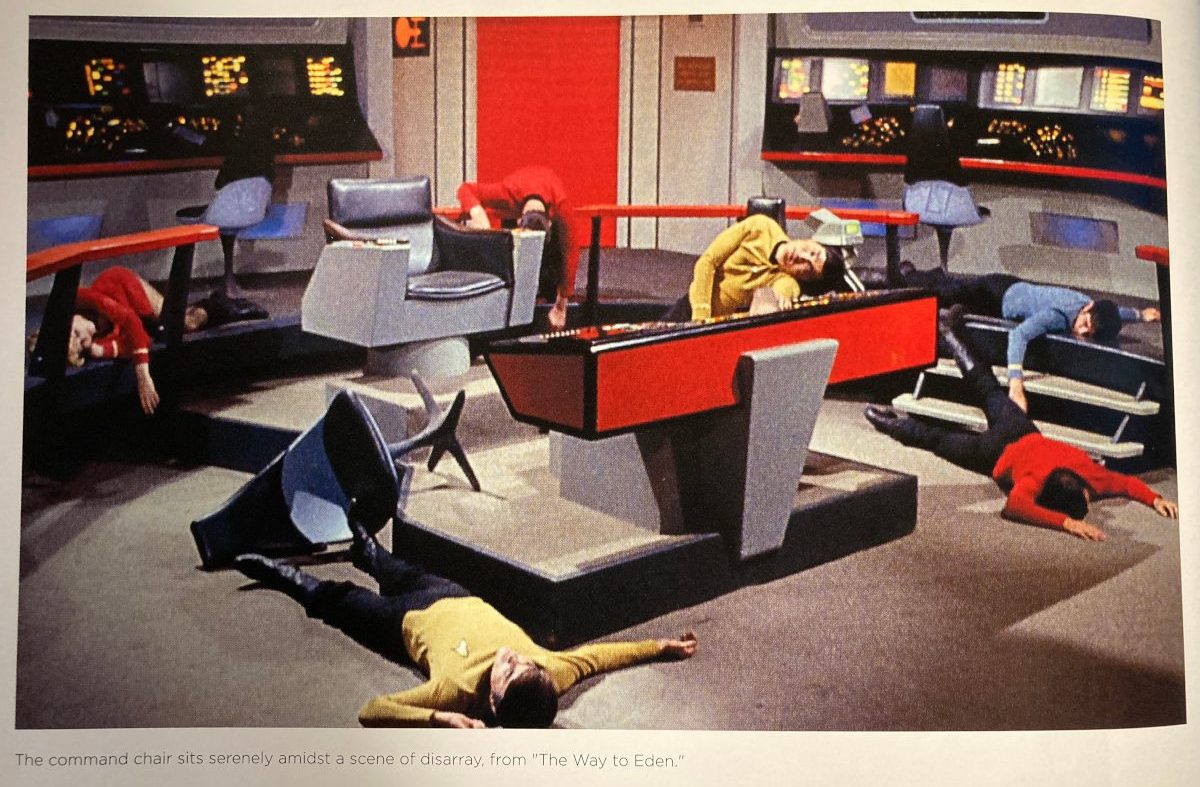 The book covers how the creators of Star Trek designed what they thought the future would look like, based on their budget constraints. Now we might call it retrofuturism, but then it was just futuristic. I don’t know what kids and adults who were watching Star Trek during its original run thought, but as a kid in the ’80s, watching the original Star Trek in reruns with my mom, I thought the whole thing looked super futuristic. Readers of a certain age will be transported back to their grandparents’ (or perhaps parents’) houses. Younger readers will see a thorough analysis of Midcentury Modern design when used in the context of a classic sci-fi television show.

Star Trek: Designing the Final Frontier: How Midcentury Modernism Shaped Our View of the Future retails for $39.99 but might be available for less. I encourage anyone interested in Star Trek: TOS’s aesthetic or Midcentury Modern design in general to pick up a copy. You’ll learn something new, and enjoy the trip down memory lane. You will find yourself Googling some of the names, designs, locations, and tangential styles mentioned in the book, and it’s a fantastic jumping off point for any autodidacts who are jazzed by this kind of thing (raises hand).

Note: I received a copy of this book for review purposes, but all obsession and delight with Star Trek, Midcentury Modern design, and retrofuturism are all my own. 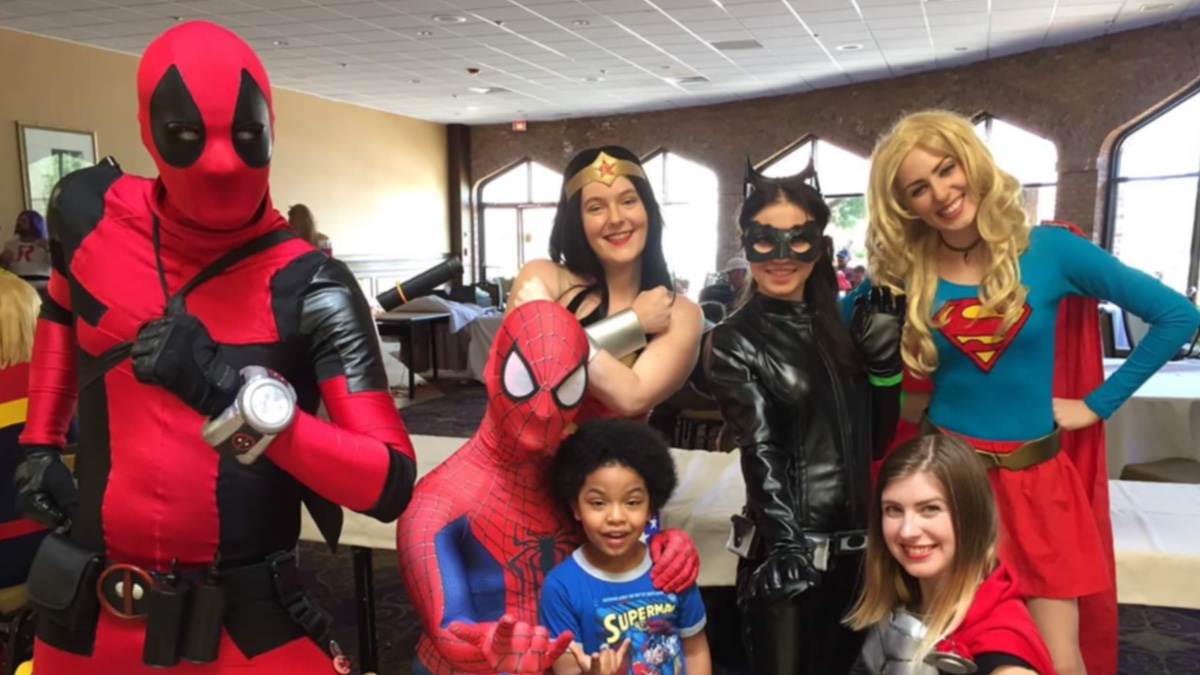