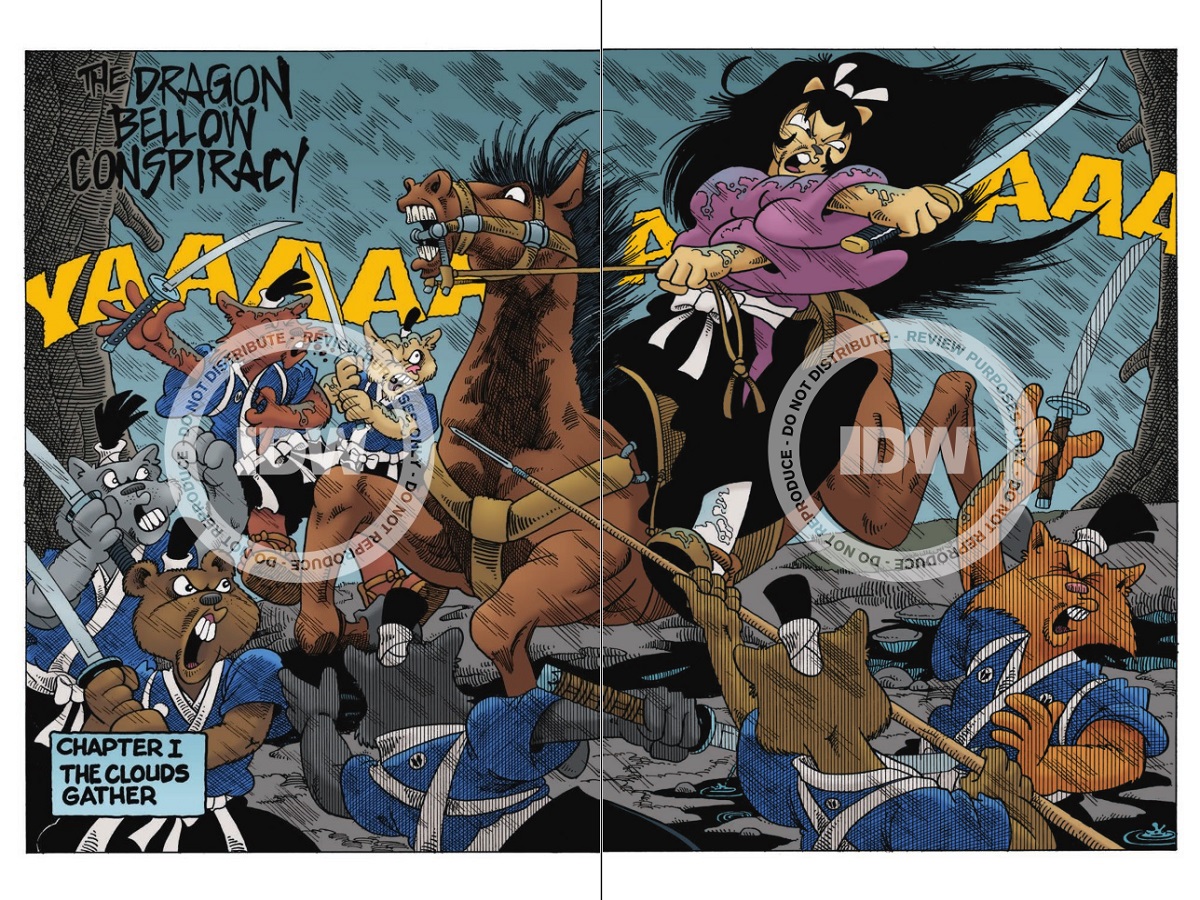 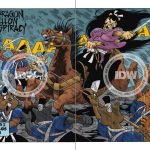 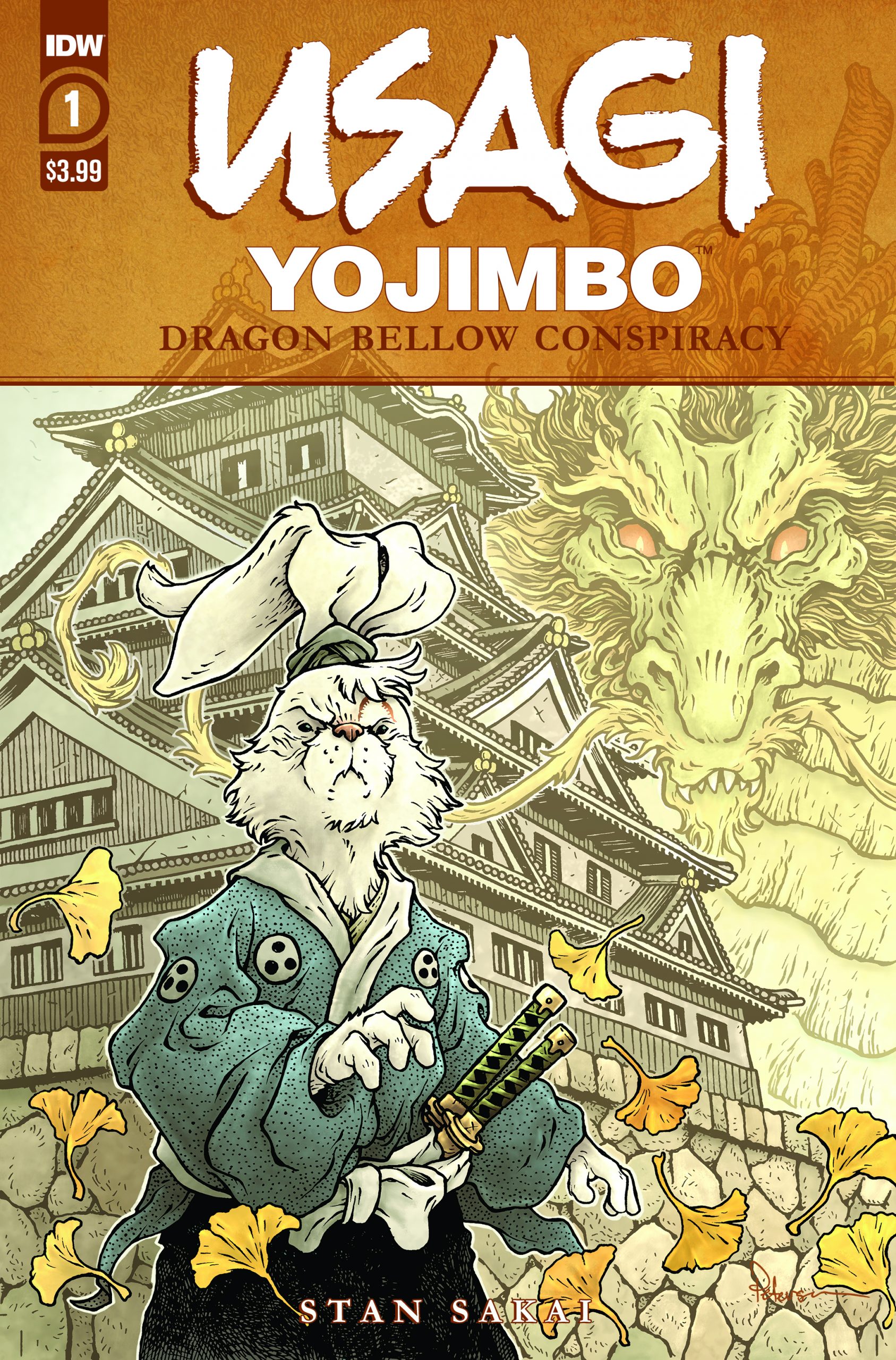 Her master, Lord Noriyuki, had charged her to visit the neighboring Tamakuro province, where suspicious activity has been occurring. There have been talk of Ronin mercenaries being hired, and Lord Hijiki is probably behind it all, because he still wants to be Shogun. 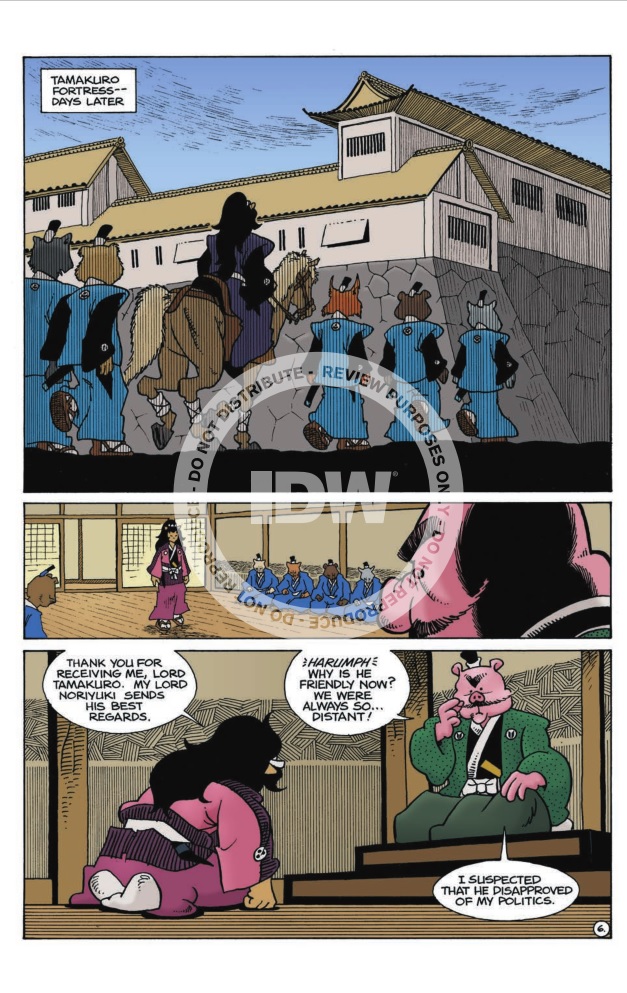 Of course, in such an uncertain time, full of skirmishes and infighting, there is a conspiracy. When Tomoe tries to get back with the information to her master, she is captured, (even though she presents a decent fight, being as she is one of the best sword women in the country) and luckily for her, Usagi catches a glimpse of her being transported. He will then set about to rescue her, but he cannot do it alone.

The ensuing machinations will draw in not only Usagi, but bounty hunter Gen, and the blind swordspig Zato-Ino. Literally, they will approach to a meeting chance point from different directions. Such a sense of adventure!

For those who are not familiar with either of these characters, I have to tell you Gen is a Rhinoceros with a special sense of humor, we reviewed some history here.

And the blind Swordspig with a wooden nose, he is a personal favorite. Zato ino first defaced by Usagi himself, in a terrible fight, but, somehow, they have restored a bit of respect between them. You can see the last installment of that story here.

′Usagi Yojimbo: The Dragon Bellow Conspiracy #1′ is on sale since July, 2021

Click through to read all of “Review- ′Usagi Yojimbo: The Dragon Bellow Conspiracy #1′” at GeekDad.If you value content from GeekDad, please support us via Patreon or use this link to shop at Amazon. Thanks! 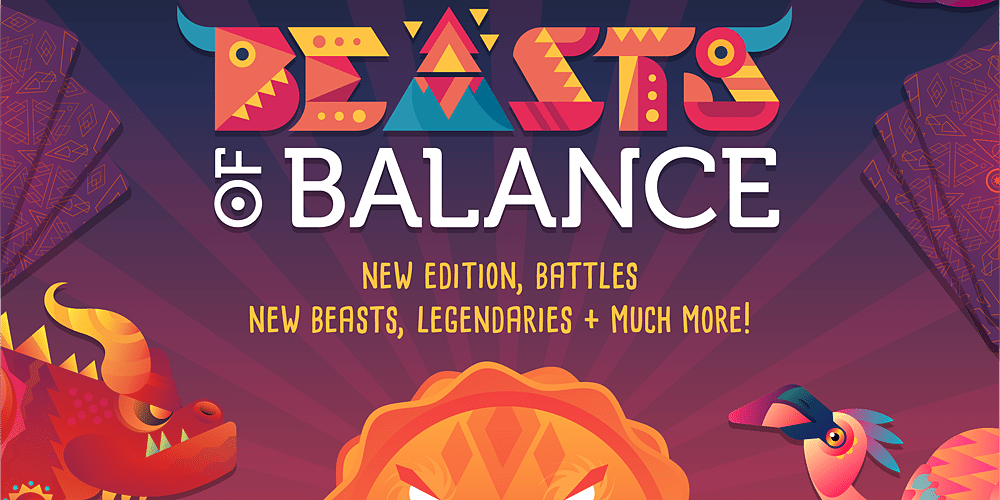