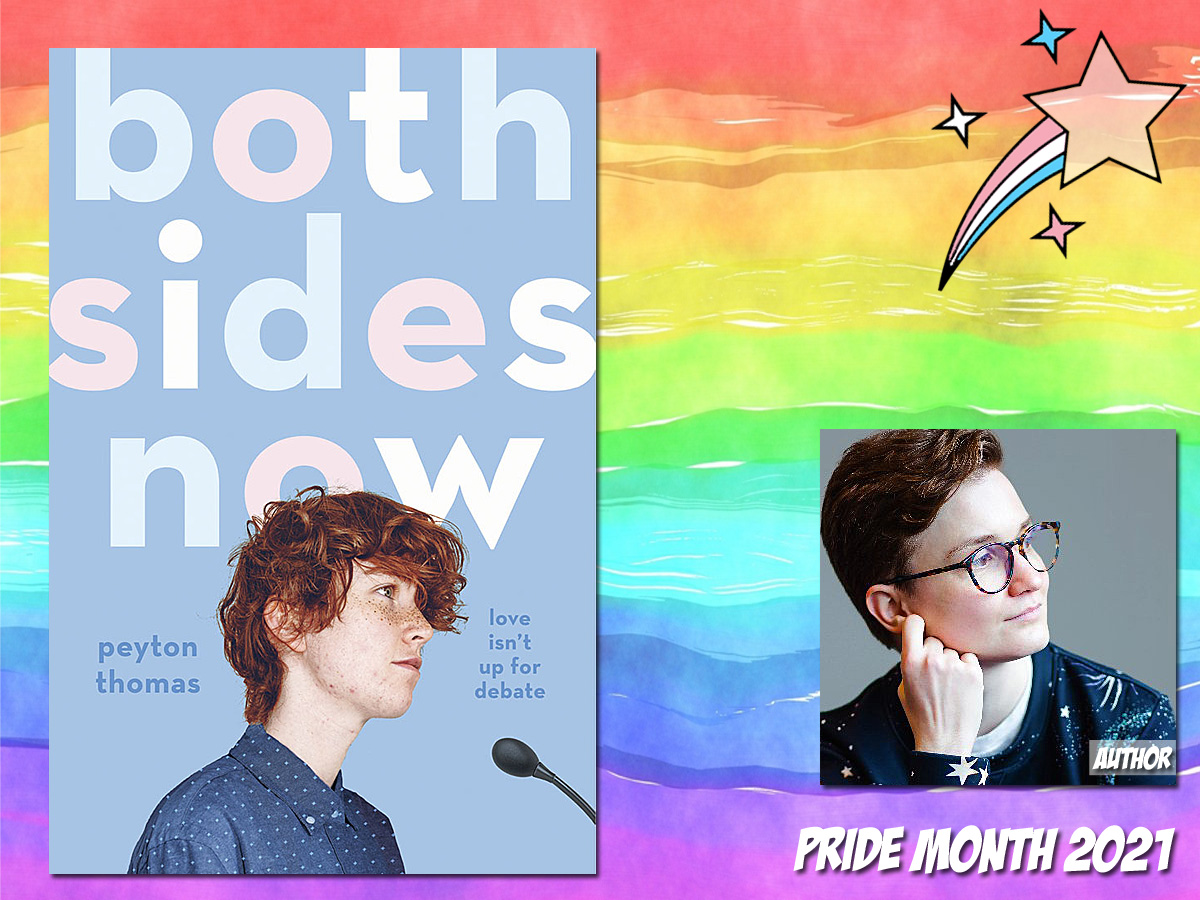 Throughout June, GeekMom celebrates Pride Month with lots of LGBTQ content. Follow the Pride Month tag to find all the content in one space (including LGBTQ content from previous years), and keep checking back for more throughout the month. Today’s book review is Both Sides Now by Peyton Thomas.

Both Sides Now by Peyton Thomas is a YA contemporary about a transgender teen boy in the weeks leading up to his appearance at the National Debate Championships.

Finch Kelly is in his senior year of high school and has his sights set on attending the Georgetown School of Foreign Service in Washington, DC in order to secure his future goal of becoming the nation’s first transgender congressman. However, Finch is yet to receive even an offer, and certainly not the full-ride scholarship he’s going to need in order to attend an out-of-state private university given his family’s precarious financial position.

In order to gain that scholarship, Finch knows he needs to win the final of the National Debate Championships alongside his highly attractive debate partner Jonah, who is, unfortunately, in a picture-perfect relationship with his boyfriend Bailey. Making matters worse, the topic of the finals debate is on transgender rights, meaning Finch will have to argue vehemently against his own personal right to use public bathrooms in order to stand a chance at winning and holding onto his dreams.

As the finals approach, Finch finds more and more obstacles thrown in his way, and he also finds himself growing ever-closer to Jonah. Can he dig deep and find what he needs in order to succeed and make his way to Georgetown, or will his destiny lie along a different path?

Both Sides Now ended up being a five-star read for me. Finch was a great character with whom I connected almost immediately, and I especially loved his relationships with his debate partner Jonah, debate coach Adwoa, and younger sister Ruby. He was also deeply flawed and was often stubborn and unwilling to consider alternatives to his own plans, leading to a fallout with his best friend Lucy and making him feel like a more well-rounded character than many YA protagonists.

While transgender issues are naturally at the heart of this book, I did appreciate that the other characters were allowed to have their own difficulties that Finch also had to navigate. Jonah is Asian-American and trying to figure out how to handle his boyfriend starring in a school musical with a racist plot, Lucy is trying to avoid the “bourgeois scam” of college by forging her own activism career on YouTube, and Finch’s family is dealing with the triple hardships of alcoholism, constant fighting, and the looming threat of financial ruin. These issues never overshadow the trans story that is core to Both Sides Now, instead, they help to show how transgender issues don’t exist in a vacuum and how trans youth are often likely to be dealing with other problems at the same time.

With trans issues making headlines the world over in 2021, now couldn’t be a better time to pick up this book. Both Sides Now is written by a trans author and is probably the closest many cis readers will come to experiencing the debates we have watched rage in newspapers and courtrooms through the eyes of a transgender individual who has to live with their repercussions.