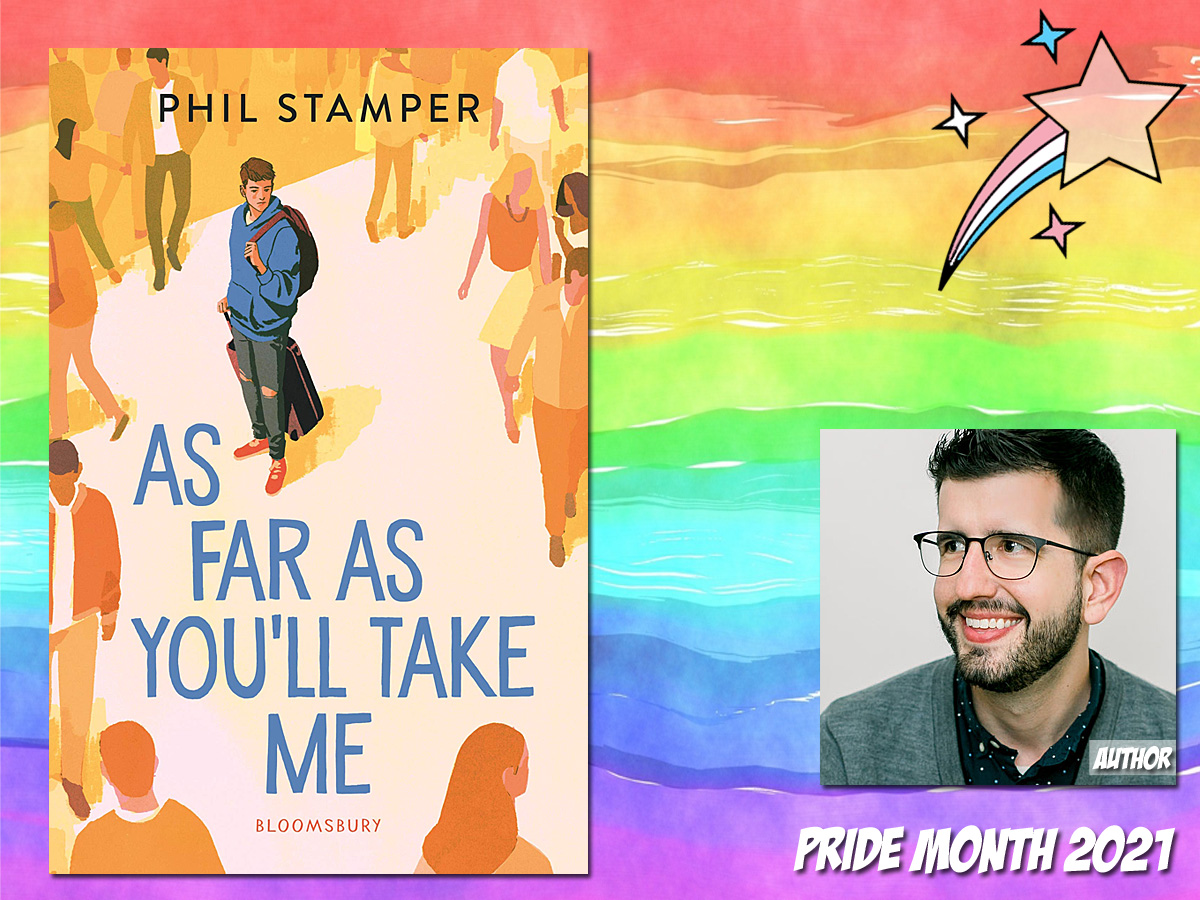 Throughout June, GeekMom celebrates Pride Month with lots of LGBTQ content. Follow the Pride Month tag to find all the content in one space (including LGBTQ content from previous years) and keep checking back for more throughout the month. Today’s book review is As Far As You’ll Take Me by Phil Stamper.

One of my favorite books in 2020 was The Gravity of Us by Phil Stamper, so I was delighted to see that he had a new book out this year. For me, As Far As You’ll Take Me wasn’t quite the five-star read that his previous book was, but this is still an entertaining and engaging story that will be ideal for summer reading.

Marty is an anxiety-suffering gay seventeen-year-old from a conservative town in Kentucky where he is only out to his disapproving, conservative Christian parents and his best friends. Desperate to escape the suffocating atmosphere of his hometown, he has lied to his parents in order to spend three months living in London where they believe he is studying at a prestigious music school and living with his estranged (and very liberal) aunt and cousin Shane. Instead, Marty is planning to spend the time auditioning and finding a permanent position somewhere that will allow him to obtain a visa and never go back to small-town life.

However, Marty’s plans are almost immediately derailed when he is met at the airport by Shane’s friend Pierce. The pair are flirting with each other within minutes and soon, Marty is spending more time trying to impress Pierce than on achieving his own goals. This includes dangerous crash dieting after Pierce comments negatively about his own weight. Marty’s relationships with his new London friends and his cousin/roommate begin to suffer, as does his health, but is Pierce really as wonderful as he seems, or is he just using Marty to further his own career?

While mostly set in London, this is a globe-trotting book that also features sections set in Cardiff, Brighton (the LGBTQ capital of the UK), Kentucky, and even parts of Italy. Everything is well-researched – I could easily picture where Marty and his friends were walking during the scenes set in places I had visited – and mostly avoids boring stereotypes which is refreshing. It was great seeing the characters, Marty in particular, exploring different parts of the UK and Europe rather than simply staying in one spot, no matter how vibrant a setting London might be.

Although technically a YA book, As Far As You’ll Take Me deals with some pretty heavy topics. Marty’s anxiety disorder is a major focus of the story, along with his rapidly intensifying eating disorder and the homophobia he continues to face from his conservative parents. Marty struggles in crowds and finds the bustle of London difficult to handle at first but we get to see him learn coping techniques that allow him to get by successfully even in the busiest areas. The people around him are also largely supportive, although you do get to see how the different responses Marty receives influence his mental health both positively and negatively.

Unfortunately, at the same time, Marty’s eating difficulties are getting more and more pronounced. Both his health conditions are handled sensitively if dealt with a little too easily (as is often the way in fiction), but the first-person perspectives on food in many parts of the book may well be intensely triggering to readers also struggling with their relationship with food. LGBTQ readers who have grown up in conservative, religious families may also find some scenes upsetting, especially the flashback-style diary entries where Marty recalls his first visit to London with his parents.

I struggle to say why As Far As You’ll Take Me didn’t grab me as much as Stamper’s previous book, but I simply failed to connect with it. Perhaps this was partly due to the musical world Marty inhabits, filled with similarly-aged students from the Knightsbridge Academy of Music. Many of the conversations are about playing music, auditioning, and also about specific pieces of music and how well they work on certain instruments. Given that my personal experience of playing music doesn’t extend much beyond trying to learn Three Blind Mice on the recorder at infant school, this felt like an alien world I was on the outside of trying to look in and, perhaps as a result, I never formed much of a connection with the characters. However, comments and reviews I have seen from readers who do have a musical background suggest that the very thing that pushed me away has drawn many other readers in.

While I didn’t enjoy As Far As You’ll Take Me as much as The Gravity of Us, this is still a fantastic summer read with a diverse cast and great mental health representation. I would especially recommend it to anyone who feels stuck in a life that doesn’t fit them and also to anyone longing to travel once the Covid19 crisis has finally abated. 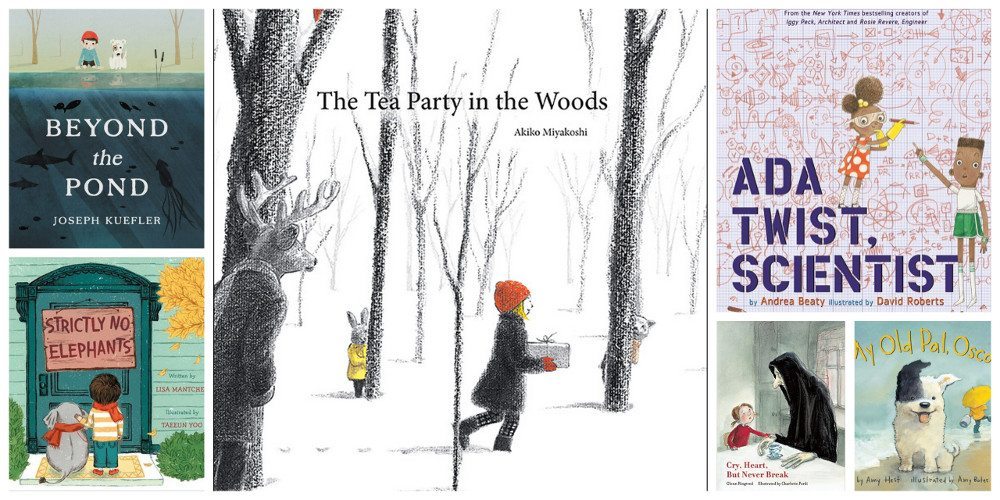 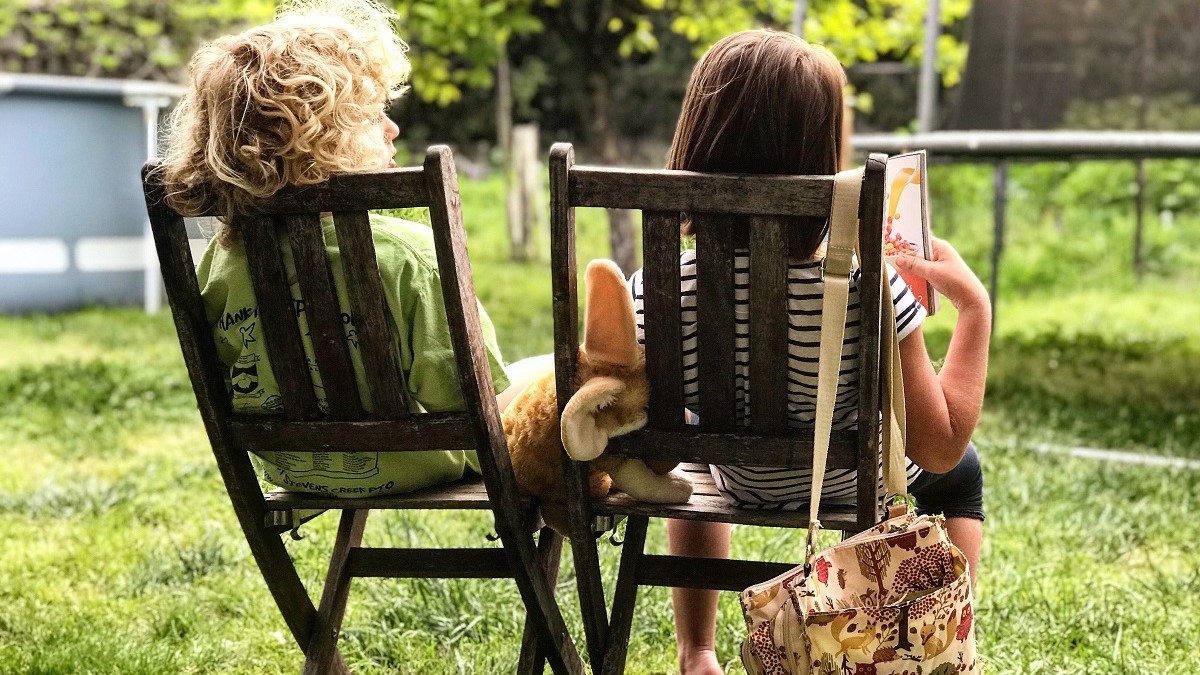