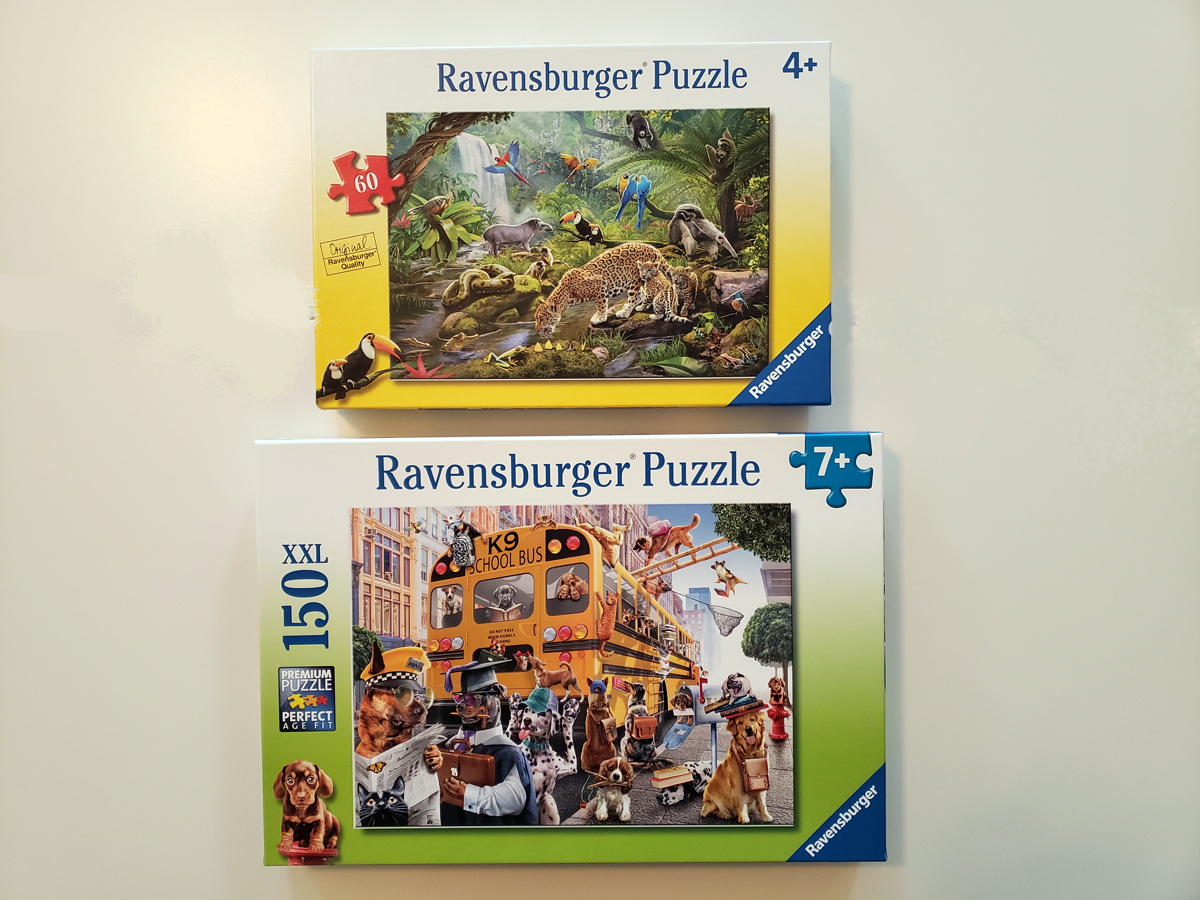 I really love puzzles because they’re a calm, screen-free activity that builds up a lot of brain skills, and like many families, we’ve had more than our share of screen time this past year. Our older kid is particularly talented at puzzles and could not get enough of them when he was younger, so he jumped through the difficulty levels a little faster and can help out with some of the puzzles aimed at adults. W, our younger kid, hasn’t logged in as many puzzle hours, so he is capable but needs to confidence and willingness to focus on a puzzle to completion. I’ve been using the Ravensburger puzzle line, in particular, to help build up his skill levels. Ravensburger has a guideline system that matches a kid’s age with which puzzle size is likely a good fit for them. Your kids’ abilities may vary, of course, depending on their confidence, attention span, and spatial reasoning skills. W recently built some nice confidence with the Dinosaurs in Space triple puzzle set, and we are now looking to up the number of pieces W takes on. Ravensburger recently sent us two puzzles from their 2021 releases to help with this.

Overall, these are two great puzzles with quality artwork and solid pieces that snap together easily. Ravensburger is a trusted brand for good reason; they absolutely make quality products, and when I puzzle shop for my kids, my attention goes straight to the boxes with their blue and white logo. I’ll break down the two specific puzzles we worked with below.

Rainforest Animals has a lovely rainforest scene with a watering area and a variety of creatures that includes birds, primates, reptiles, and prominently features a leopard and twin cubs. There’s a lot of greenery, which can make pictures a little more challenging, but the size of the pieces and the variety of animals really helped W place things—especially after he completed the frame. The twisted vines, the lighter area near a waterfall, and the leopard and cubs were helpful points for him to focus on.

The puzzle is aimed at 4+, which is a little younger than he is but felt like a logical step up from the 49 piece puzzles he was working on before. He finished this one in a single 35-minute session. The finished puzzle was 14.25×10.25 inches, so it wasn’t too bad to find space for him on a table to complete it either. It has an MSRP of $12.49 and can be bought via Amazon or your other favorite puzzle sellers.

Pet School Pals was a bit of a skill jump for W. He has a few 100 piece puzzles handed down from his brother he’s been attempting, so I was curious to see how he took this one on. It’s aimed at ages 7+, which is W’s actual age, so I wanted to see if he’d built his confidence and puzzle skills up enough yet.

The puzzle features a whimsical scene with a school bus and some anthropomorphic dogs (and a few cats) engaged in various hijinks. It’s busy, but a kid good at matching a piece to the picture should be able to navigate this decently. W’s approach was to build the frame first, and then he started with parts that attached to the frame he could find like the trees and the buildings. Once the bus started, he slowed just a touch. There’s a lot of bus-related pieces, but when he focused on things like the lights or letters and then matched which dog was in which window, he made more progress. It took him two sessions of about 75 minutes total to finish. Halfway through he kind of stalled, and in the past, I feel like he would have dumped it in the box and never completed it. This time, I encouraged him to actually stick with it. It wasn’t long after he hit about the 50% done point that suddenly he really started making the piece connections and the pieces snapped in place a lot faster. He probably spent about a third of the time on the second half, and once he really got going, he was suddenly really encouraged to keep with it.  It was a lot of fun to see him make those leaps and bounds.

The puzzle measures 19×14 inches when done. Most coffee tables should be able to hold it, but it wasn’t too horrible for us to find a place to set it aside when he split his sessions up. This puzzle has an MSRP of $13.99 and can also be purchased via Amazon or your other favorite puzzle sellers. 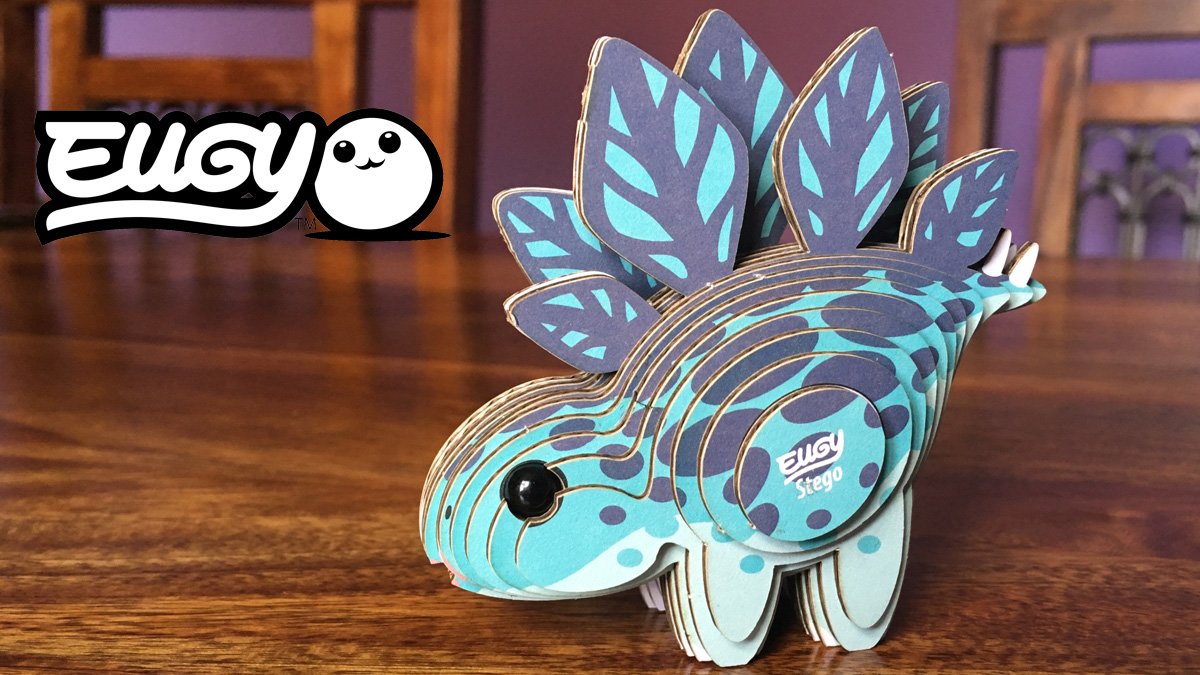 Quick and Easy Creature Building With Cardboard Models From Eugy 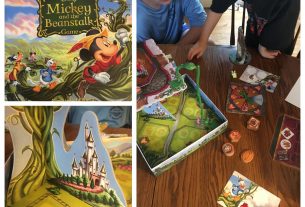 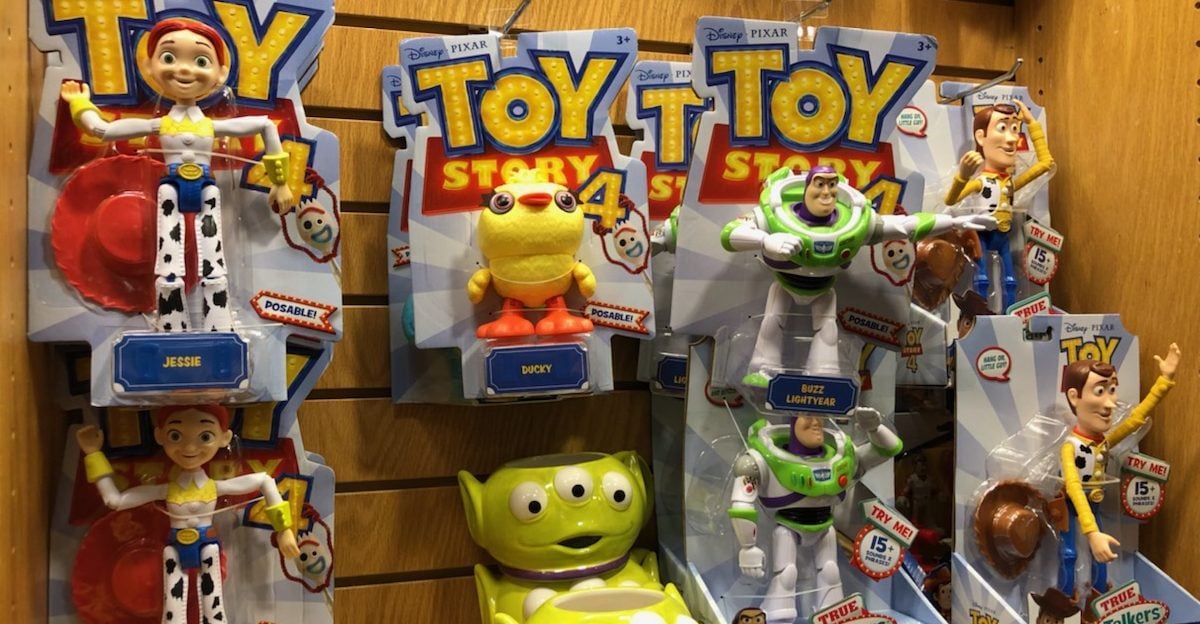