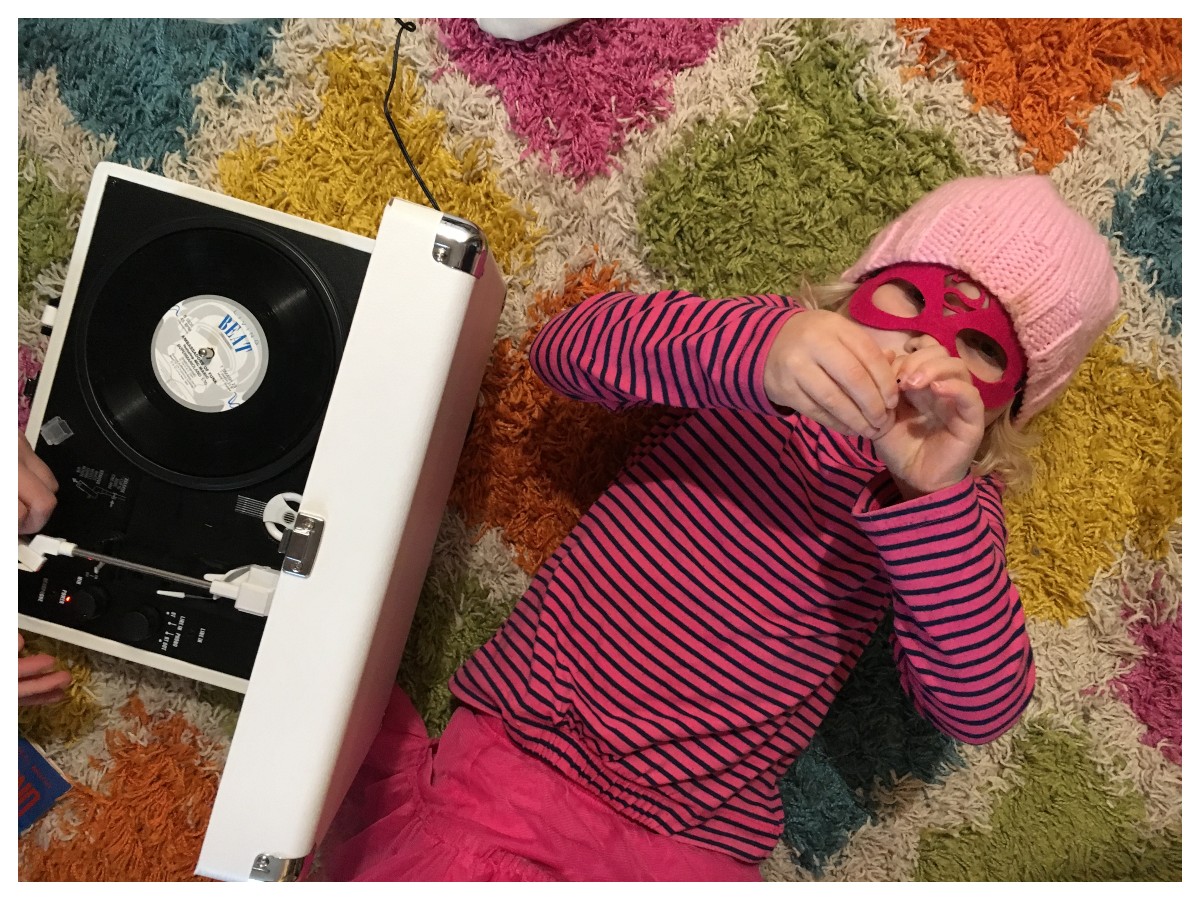 One of my earliest memories of music is looking through my dad’s collection of vinyl records and coming across Cat Stevens’ Tea For The Tillerman. For me the artwork on that cover evokes so many other memories of listening to music with my dad. I see it and am instantly transported to our front room in England, sitting on the brown couch, next to the heavily varnished shelves he had custom built to hold his collection. My dad can give you, from memory, the top ten hit singles in almost any given week in the UK in the seventies. To say he passed on a love of music, is a dramatic understatement. 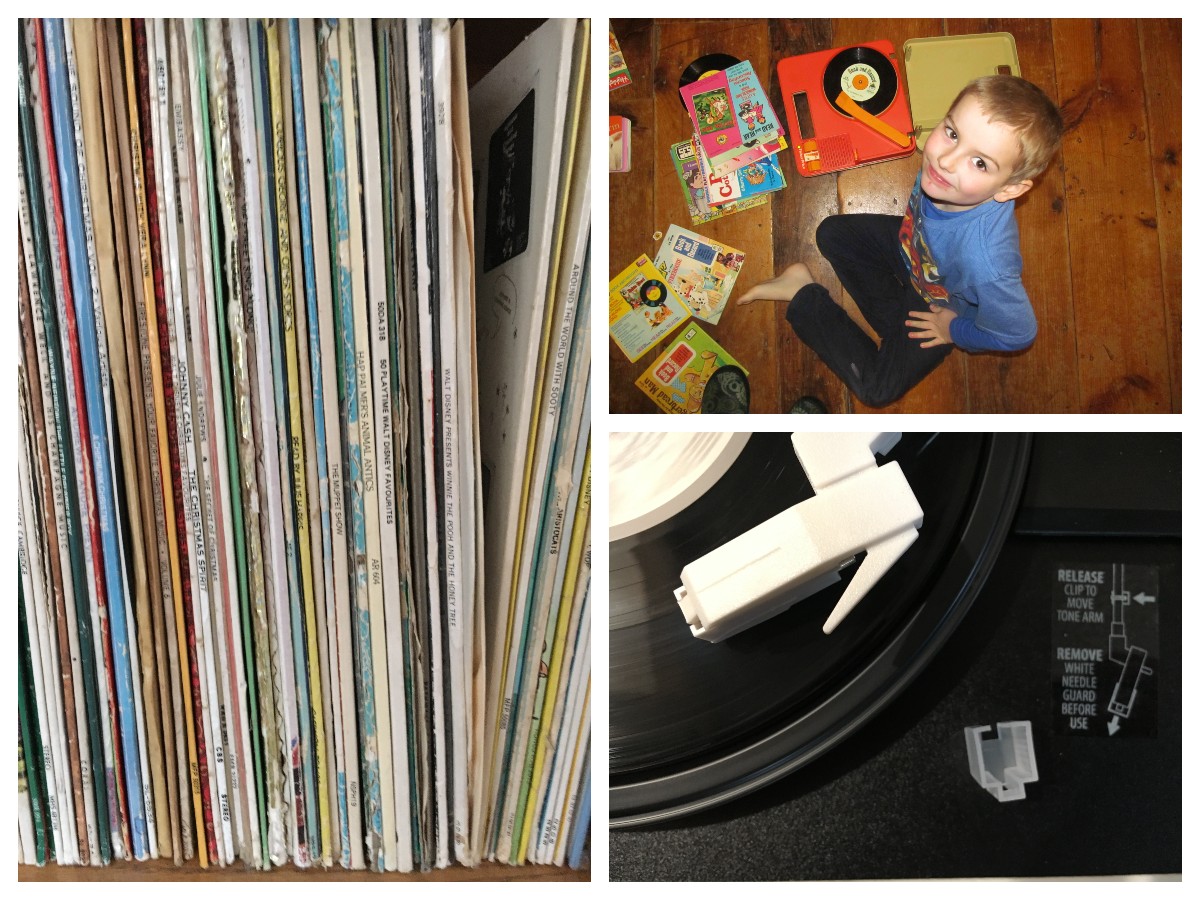 It was with great joy that my kids were able to get their hands on the same old, brown, fisher price record player I had when I was a kid. With the orange arm, and the cover that slides out and comes off. We have a whole host of 6inch records for them to listen to, from all over the globe. Stories, songs, oddities, all kinds of music, and not so music! But after surviving almost 40 years (and my three children) the trusty old player gave it up, and will play no more. We have however found a replacement in something from my dad’s era. Nostalgia for all generations in one tidy package in the new Canvas Record Player from Victrola. 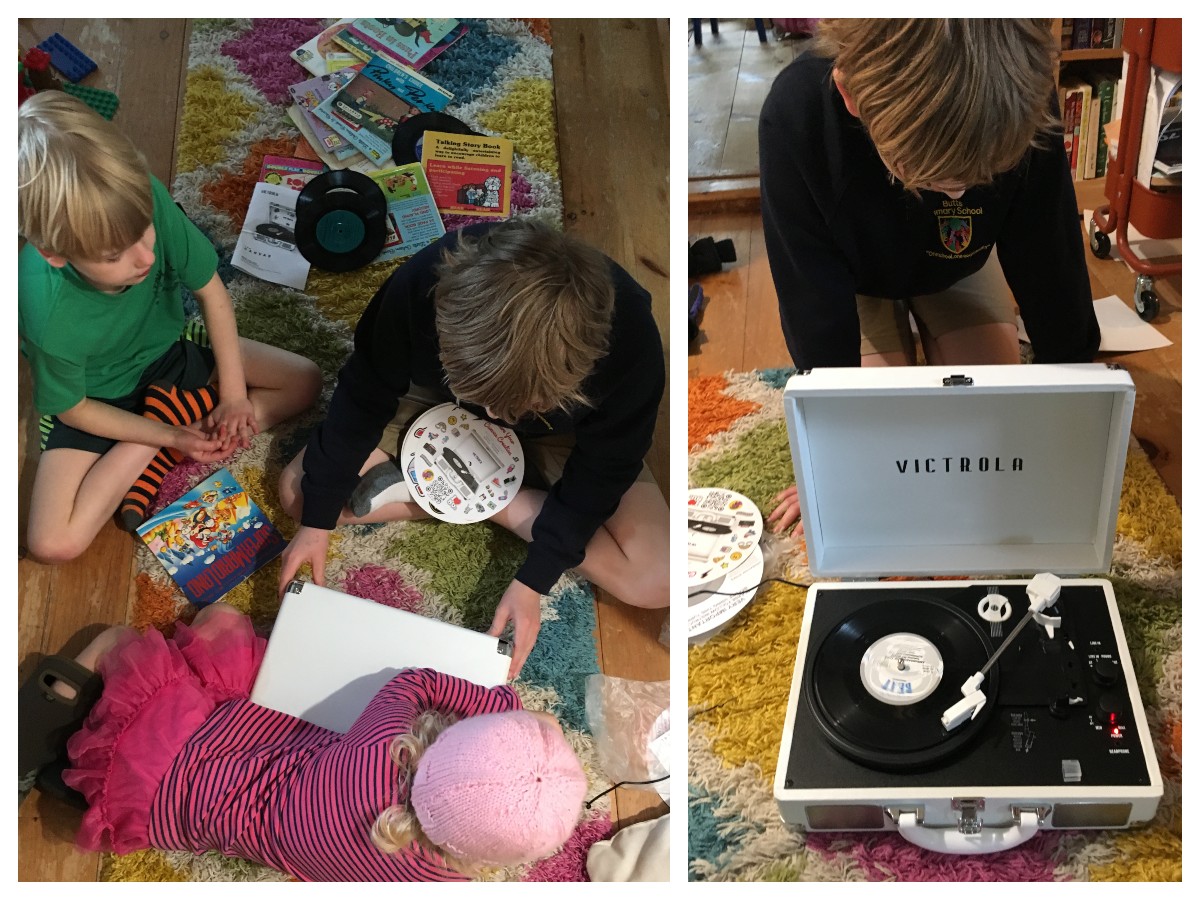 This is the perfect player for kids of any age or retirement bracket. It plays old school using an internal speaker, or can be hooked up to something more beefy. It comes with Bluetooth streaming capabilities so that you can stream from your smart device or play records to a Bluetooth speaker. It plays 33 1/3, 45, and 78 RPM records which my kids find hilarious to test out. Try listening to the Chipmunks album on all three speeds, it’s an experience straight out of the seventies.

The classic sound is improved by a ceramic stylus. While I’m told this brings increased bass and clarity, I personally appreciate how much sturdier the stylus casing and arm are than other record players we have had in the past. My kids started using it and for once I wasn’t afraid that they were going to break it. In fact the whole thing is sturdier than anything we have previously used. My husband and I were especially impressed by the tone arm lever lift. You flip it to send the arm up or down as is the standard, but it is not reliant on gravity to lower into position. No matter how hard my kids flip the lever, it will lower onto the record at a fixed pace. This will save many of our records from the hands of an impatient six year old. 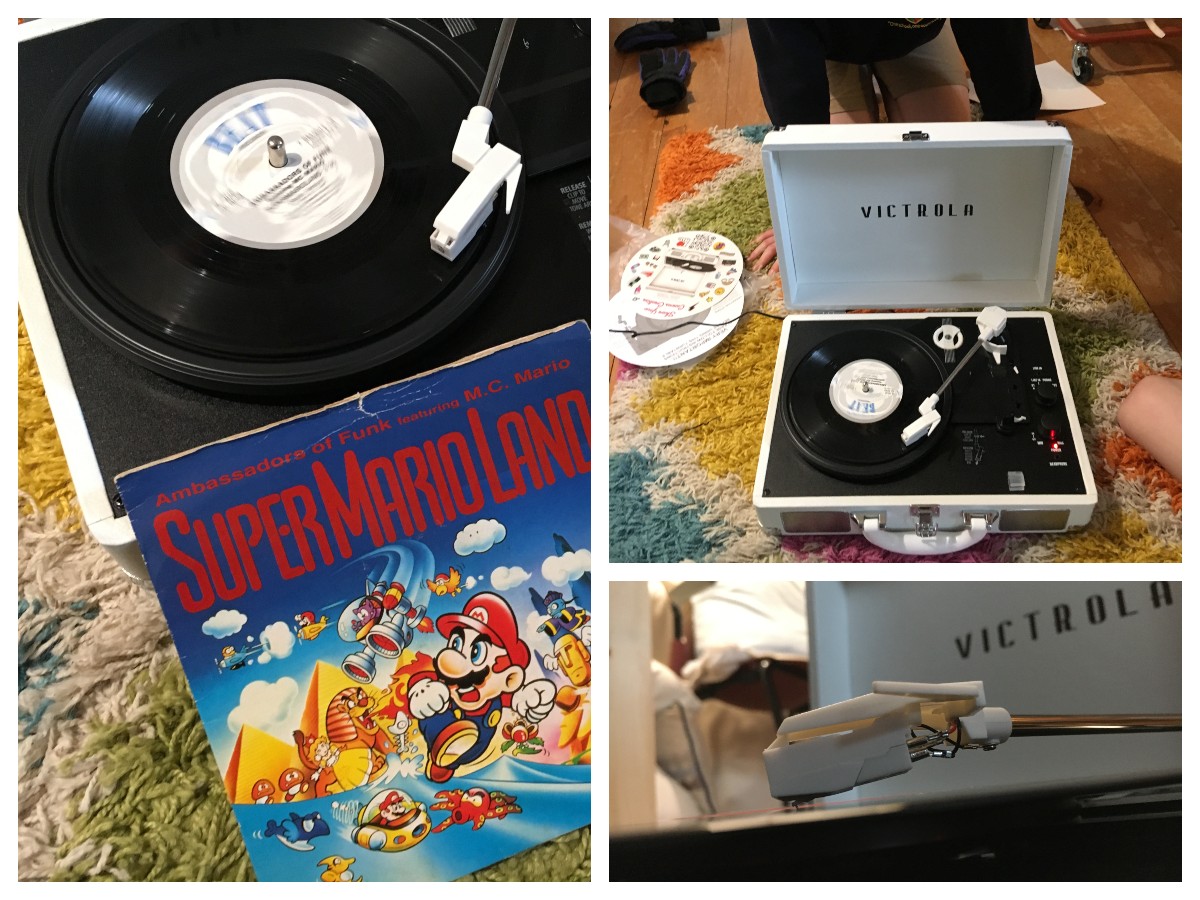 While the kids loved getting their records back out, it was the customizable aspect of the record player that really got them excited when we started playing with it. It comes with six sheets of nostalgic stickers, so that you can decorate the outside shell in any way you like. You can leave it white of course, or pull out the art kit, but my kids went to town with the stickers and we had some hilarious conversations about some of the images from the 80s. No that is not the save icon, it’s how we used to save files, not it’s not connected to the cloud. That’s how we used to listen to music while moving around, no, it’s not a phone, no, you can’t stream to it. 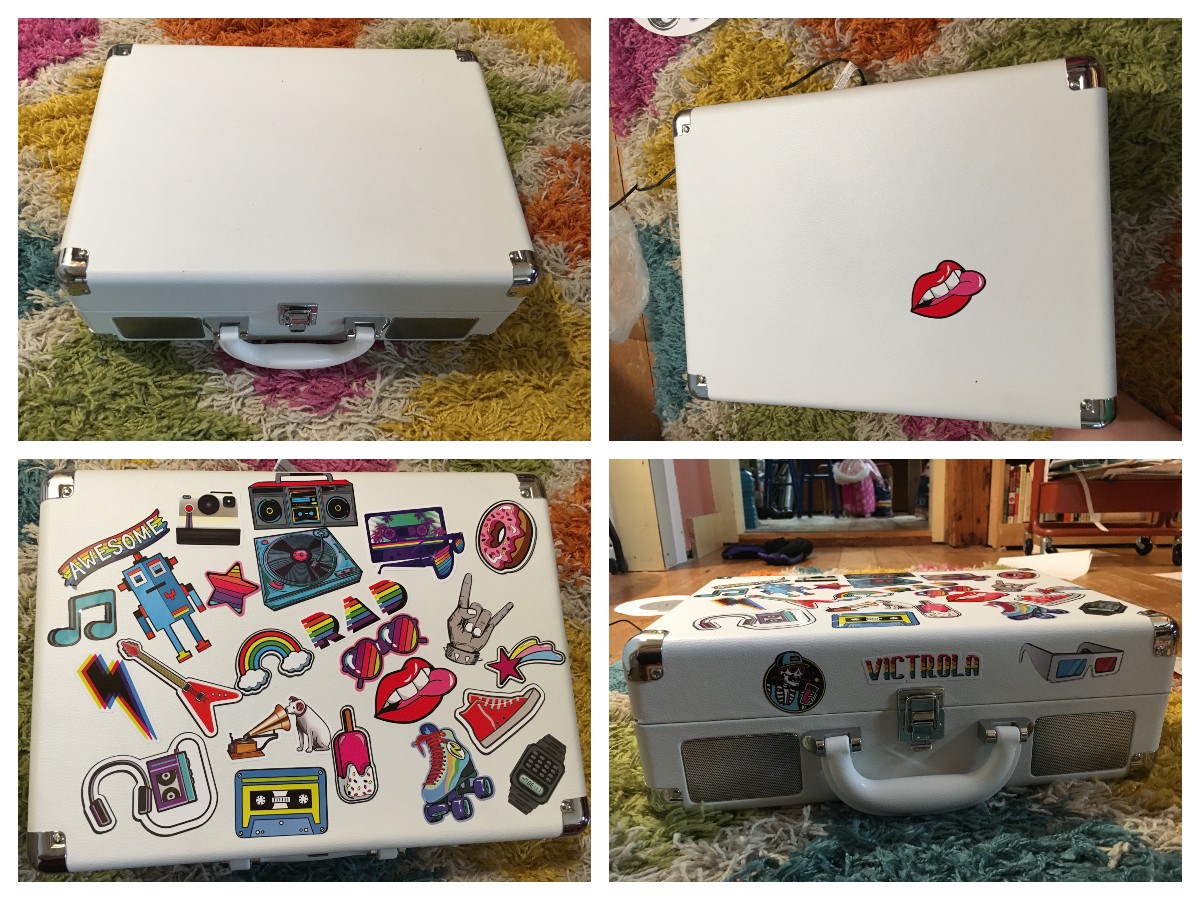 Victrola has been in the record business since 1906 and has always placed a high emphasis on encouraging music lovers of all ages. With the new Canvas Record Player I am confident that this is something my kids will be able to pass down as well. We still have our Spotify account of course, but our hearts belong to vinyl.

At $79.99 this is an absolute steal for the quality of production and sound that you get. It won’t fail to impress any music lover in your family. Until May 10 you can use the code MOMSDAY10 to receive 10% off at the Victrola site.

GeekMom was provided with a Victrola Canvas Record Player for this review. The 6 inch recording of Super Mario Bros by Ambassadors of Funk has belonged to GeekMom Sarah for quite some time. 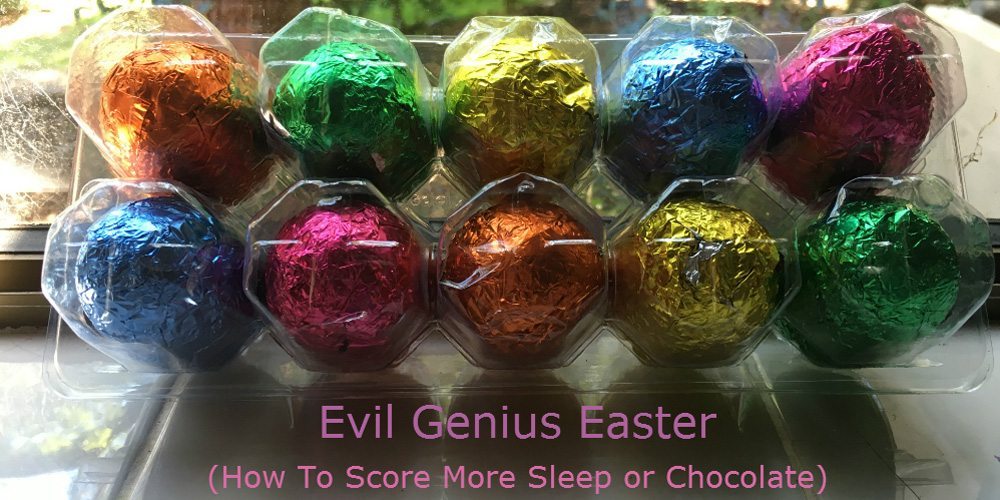 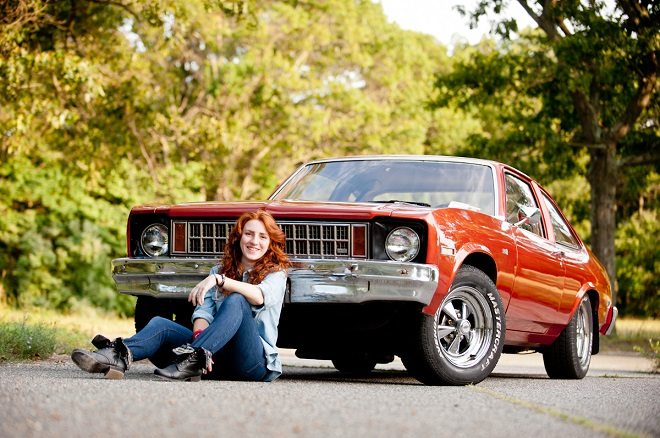 Beauty’s Got Muscle: A Girl and a Car Proving Women Can Do Anything