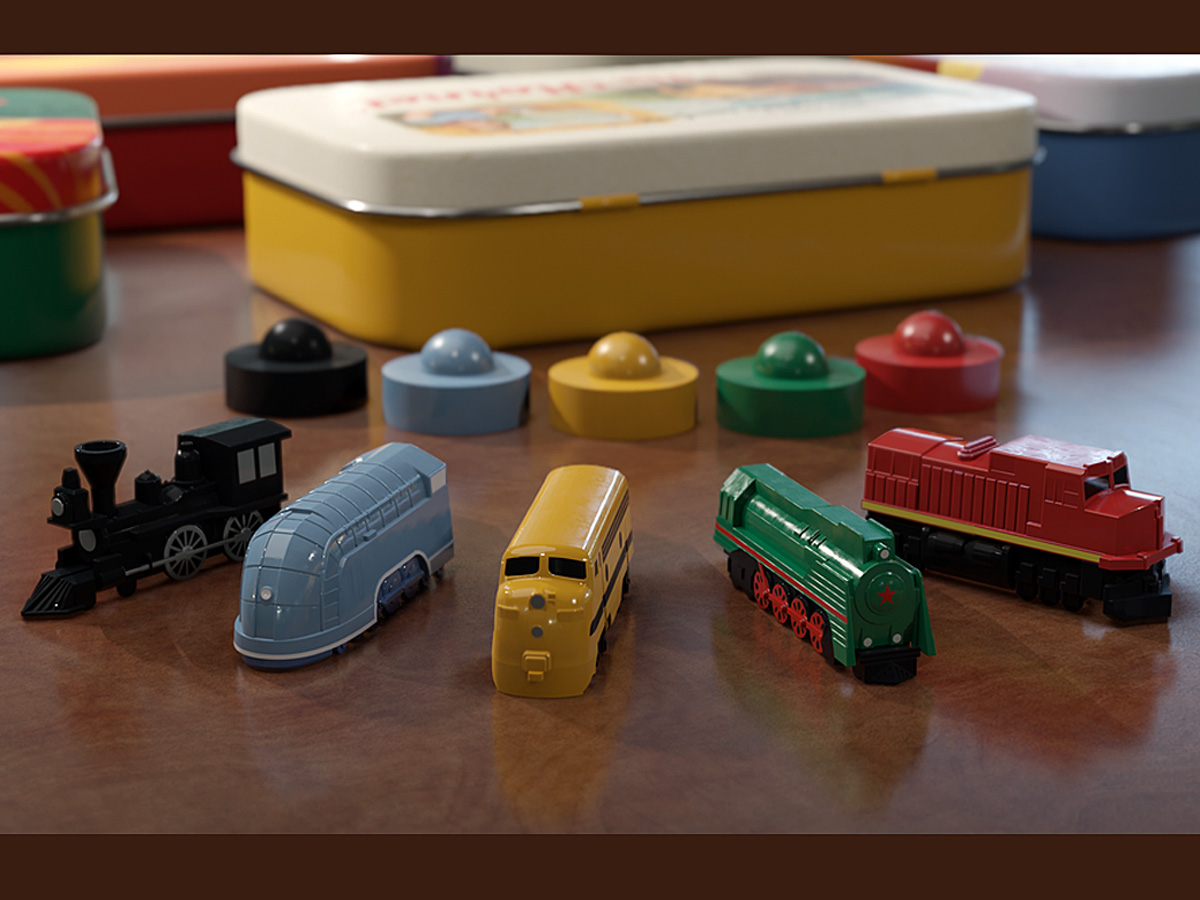 What are Deluxe Board Game Train Sets?

Deluxe Board Game Train Sets are high-quality replacement train pieces for Ticket to Ride, Age of Steam, Railways of the World, and many other popular train board games. It’s currently seeking funding on Kickstarter, with pledge levels beginning at $19 for a single set of trains. Five different sets are available, one each for five different train colors, and each color train is modeled on a different type of locomotive. Each set comes in its own storage tin complete with themed artwork on the lid.

All the components are made from plastic with minimal packaging and I’ll go into more detail about quality later on.

Each of the five different colored train sets is based on a different type of traditional locomotive engine.

Based on a 19th-century steam locomotive with artwork reminiscent of a locomotive company advertisement from the same era.

Based on a 1950s style futuristic diesel train with Norman Rockwell-inspired tin art.

Based on a Soviet steam engine from the 1940s/50s with tin art reminiscent of Soviet propaganda posters of the era.

Based on modern-day freight trains with tin art inspired by US National parks posters.

Based on the Mercury streamliners operating in the Midwest between the 1930s and 1950s with an Art Deco style tin.

How to Use Deluxe Board Game Train Sets

As replacement pieces, the Deluxe Board Game Train Sets don’t alter gameplay in any way, they simply replace the existing plastic trains that come in any compatible base game with something more aesthetically pleasing. You can mix and match them with original game train sets as needed.

The train pieces themselves are highly accurate, right down to coupling rods on the wheels, cowcatchers at the front, and many other details, although I thought it a shame that the backs of the pieces have been left plain. The fact that all the sets come pre-painted is a huge plus for me as I have neither the time nor inclination to paint 48 identical trains with such tiny details – never mind 240 if I were to order a complete set of five! The artwork on the tins is stunning (it was created by Julianna Greep who also designed artwork for the Alice is Missing RPG) and matches the style of trains it contains so in one example, the 1930s style Mercury train tins get an Art Deco artwork style.

Another detail I really appreciated is that the storage tins are designed to fit perfectly into the spaces in any Ticket to Ride standalone game, meaning I don’t have to store the tins separately from the game. It would be challenging to fit all five tins into the box AND keep the original trains in there too, but as it’s unlikely you’ll be using the original trains of any color you have replaced, you can simply remove the originals entirely and put them into storage separately (just remember where they are!)

There was only one negative I found with these sets. While the stackable Score Markers markers match the colors of the trains in these replacement sets better than the original base game markers, I think I’ll be sticking with the original wooden markers because using these ones actually feels like a downgrade in quality due to being considerably thinner.

I was sent a full set of The Mercury (blue) trains complete with their storage tin and I was hugely impressed from the moment I opened the package. The tin art is beautiful enough that I want to put it on display (I’m sure art prints of the lid artwork would go down a treat with backers) and the improvement in detail and overall look when comparing the train to those from the Ticket to Ride base game is significant.

The Mercury set I received is probably the least detailed of all five available sets so if this level of detail can be found here, I imagine the other sets will be even better. The Kickstarter was fully funded within 30 minutes so it would appear that others are equally impressed by the overall look of these models too.

At $19 per set (or $69 for a complete set of five) plus shipping, replacing all your existing train sets will set you back the equivalent of a few new games and this is, admittedly, a lot of money for something that technically changes nothing in your gameplay. However, these train sets really do add a lot to the game in terms of quality and so, board game enthusiasts (and train enthusiasts too) will no doubt deeply appreciate the improvement that they represent.

The Deluxe Board Game Train Sets will therefore make excellent gifts for the train board game enthusiast in your life, especially when you don’t want to buy them yet another game (because let’s be honest, they probably have it already anyway) or if you want to take your own gaming to another level of quality.

GeekMom received a sample of this item for review purposes. 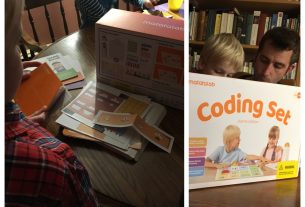 No (Coding) Worries With the Matatalab Coding Set Home Edition