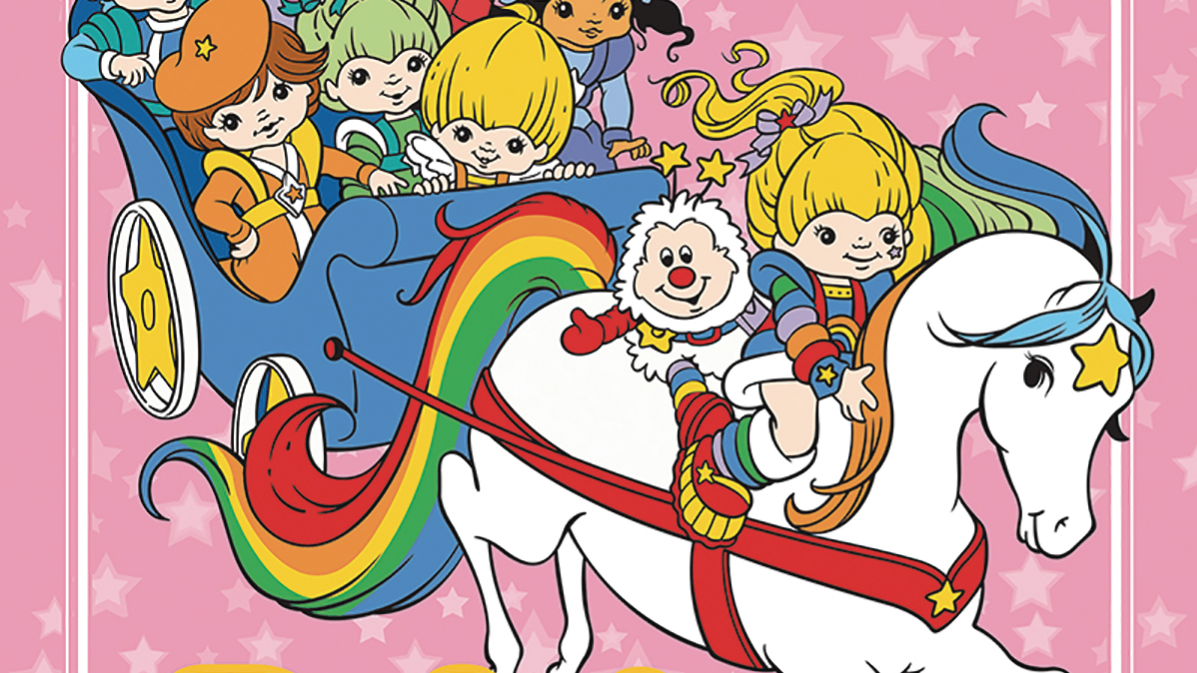 Jeremy Whitley’s exceptional reboot of Rainbow Brite releases on October 3rd. Whether you’re a fan of Whitley’s work, a fan of Brittney Williams’ excellent art, or a fan of Rainbow herself, you’re going to want this comic in your collection.

I came into Rainbow Brite familiar with both Whitley’s work and Williams’. Whitley is known for titles targeted towards young and middle grade girls like Princeless, Raven: The Pirate Princess, and Unstoppable Wasp. I know Williams from her work on Goldie Vance, one of the best girl detective books out there, and Patsy Walker, A.K.A. Hellcat. I also remembered Rainbow Brite from my childhood, although I have clearer memories of the movie than the show itself. I remembered liking the bright colors of Rainbow Land, and how silly Murky and Lurky were. But I have to admit: Rainbow Brite wasn’t a defining part of my childhood the way Jem and the Holograms and She-Ra were. In some ways, I came into this comic fresh, mostly excited about the creators and the concept rather than looking to revisit this particular bit of childhood nostalgia.

The new comic caught me off guard immediately. After a quick page showing the kind of fantasy play our two main girl characters engage in, I found myself in a world very grounded in our reality. Willow and Wisp aren’t a legendary fighter and sorcerer; they are, in fact, playing in Willow’s back yard. They vanquish monsters and defend the realm, then head into Willow’s house for a snack…but only after Willow’s mom makes it clear that the floor is cursed, and anyone with muddy shoes is going to be sent to the dungeon.

I was immediately struck by the clear and solid friendship between these two girls. So much girl-oriented media engages with “mean girl” stories, the type that feed the worst examples of preteen girl in-fighting. This is especially awful when media is targeted at girls (like my ten year old) who are most likely to be vulnerable to that sort of social interaction.

But Willow and Wisp are tight. Willow’s parents clearly know and like Wisp; she’s invited in for lunch, Willow’s dad drives her home, and when Wisp tries to give back her borrowed raincoat, Willow’s dad tells her to keep it.

Willow’s family is very distinct from Wisp’s, however. Willow’s parents are married, and very present in her life; Willow’s mom reminds her to let Dad know she’s going out to play, and both Mom and Dad are involved in the girls’ games whenever they pass by.

Wisp, however, comes home to a mom who has left her dinner in the oven and fallen asleep on the couch. She’s left Wisp a note, asking her to wake her up and talk about her day. Wisp, instead, eats her dinner, then puts a blanket over her mom and goes to bed herself.

And then the magic begins. Wisp hears a noise outside and discovers that monsters have stolen the blue off her mother’s car. She races outside to try to figure out what’s happening; the monsters are shocked that she can see them, much less hit them with her wooden sword. The monsters come for her, and she runs. She bumps into a sprite named Twinkle (thank you, Jeremy Whitley, for not reusing the sprite’s original name, Twink, given all its added connotations since 1984), who tells her the monsters are chasing her because they want to eat all the blue in the world, and she’s wearing a blue shirt. But even more, few humans could see them, and almost none could attack them.

Twinkle has an idea: he can teleport Wisp to safety. With her permission, he transports Wisp to Rainbow Land – a desolate, dark world with no color and no brightness anywhere.

Rainbow Brite in the Modern World

The most basic elements of this story tie back to the original cartoon. A girl named Wisp comes to Rainbow Land to restore color to the world. But while the original cartoon starts as Rainbow Brite arrives in Rainbow Land, Whitley gives Wisp a backstory, a life in the human world that she leaves. Willow is shown absolutely devastated at her friend’s disappearance – I have to believe that she will continue to be involved in the story, particularly given that it’s her, not Wisp, who starts out the book.

We’re in a time when many franchises from my childhood are seeing a revitalization. Jem and the Holograms (please come back), My Little Pony, Nancy Drew, and She-Ra have all seen (or are about to see) updated versions that take into account modern sensibilities. I’m never going to say that every reboot is successful (I’m looking at you, 1999 Annie). I think really great reboots distill what was really great about an older property and bring that kernel forward into a modern sensibility.

When I remember about Rainbow Brite from when I was a kid was that Rainbow Brite (I never knew she was called Wisp) brought color to a dismal and gray world through her star sprinkles – but also through her happiness and cheer. While I’m not sure what Whitley will bring us in this series, I know that his work is never one-note. All of his stories, even the ones targeted towards younger readers, embrace complexity and offer thoughtful commentary. Yes, we see that kind and generous spirit in Wisp as she cares for her mother – but there’s more here. At one point in the book, Willow comments that Wisp is always hungry.

Combined with the way Willow’s dad makes sure she has a coat that will keep her dry in the rain, it strikes me that Wisp’s family is living in poverty, and that Willow’s family knows this. They’re doing what they can to keep Wisp safe.

The Exquisite Art of Rainbow Brite

The art in this comic practically deserves an article all on its own. In Goldie Vance, I loved the way Brittney Williams kept bodies, especially girl bodies, softly rounded in ways that made them feel appropriately young and real. In Rainbow Brite, that’s even more apparent. Willow and Wisp are young, and they have little girl bodies. Their expressions are big and clear without ever being caricatures. The backgrounds are created with easy flourishes that give just enough detail, keeping it from overwhelming the target audience. The panels are readable for almost any age group, with little in the way of complicated layouts – this comic is made for little girls, and little girls can read this. I’m quite certain they will.

And in a comic about color and how color inhabits the world, it would be an utter disservice not to mention Valentina Pinto, colorist for Rainbow Brite. In a kids’ comic, it’s all too easy to make things too bright, too big, too bold. Pinto creates a world that’s bright and inviting and warm, but shifts easily from one setting to another. The forest is more gently shaded than the inside of Willow’s house, the glow of the TV is clear as Wisp watches TV while her mom sleeps, and the darkness shades the world as she runs from the monsters. The careful use of colors makes their mention obvious and striking, which is exactly what this story needs.

When Mathias and I talked about this comic, he was curious why Wisp was in the real world at all. Not just because the cartoon didn’t work like that, but because it struck him as unnecessary, and not how he would have wanted to see the story as a kid. I thought this was interesting, since to me it was the most obvious choice in the world.

The time spent in the real world turns this into a proper magical girl story. Later iterations of the cartoon determined that Rainbow Brite was always a girl from our world, so seeing her actually exist in this world gives the story a grounding that it would not otherwise have. And the monsters are attacking our world. In the original story, to the best of my recollection, only Rainbow Land was ever in danger, and the real world wasn’t implied to exist until the movie. Seeing Wisp in her world gives her a sense of competence that could be lacking if we immediately see a character out of her depth in a new world.

We know so much about Wisp before she gets to Rainbow Land, which allows for what I think may be the ultimate female escapist fantasy – not becoming some sort of superhero in our world, but being whisked away from the real world, to a place where people see that we’re special. There are plenty of stories that start with a female heroine in a fantasy world, and she gets to kick ass there, but the daydream of being plain us in our world and then a magical heroine in another world… that’s something else all together. For me, a kid who used to look for the way to get to Ponyland every time I saw a rainbow, it’s something incredibly, well, magical.

It’s going to be a few more issues before we can really discuss how closely Whitley’s reboot of Rainbow Brite adheres to the original material, and whether that matters some thirty-odd years later. But what I do know is this – I love every panel of this issue. The art shines, the writing is tight and clean, and the story has me on the edge of my seat. I’m buying this in single issues, and I’ll be buying the trades for me. I mean, for my kids. Absolutely for my kids.

This comic was provided as a review copy to GeekMom. 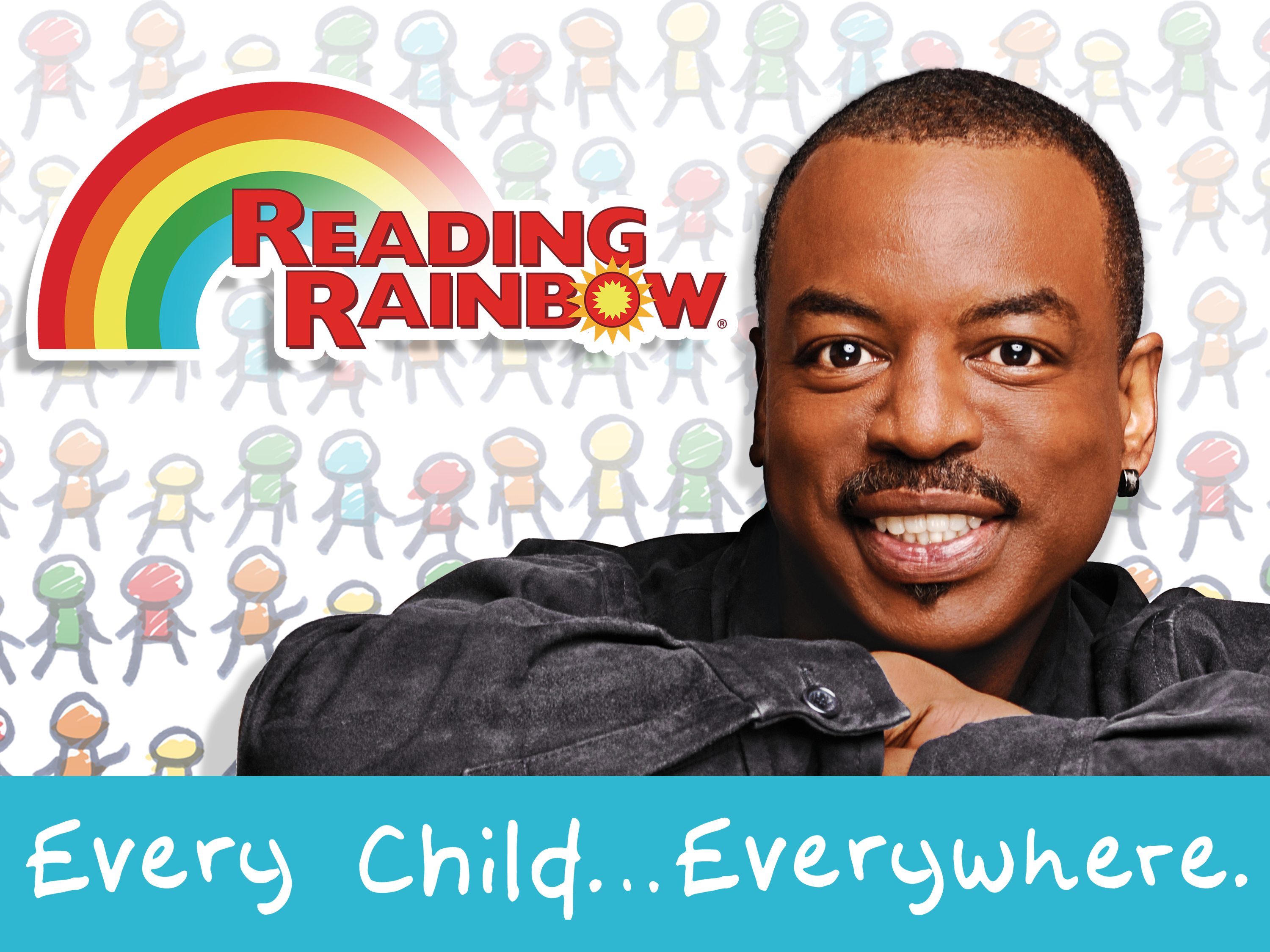