The new sets star the villain Lashina, Bumblebee, and Wonder Woman along with Krypto the dog and a number of accessories, and are designed for DC Super Hero Girls fans ages 7-12.

Be part of the action-packed LEGO DC Super Hero Girls world as Bumblebee protects her shipment of crystals from the Kryptomites. This great set features a Bumblebee mini-doll figure, helicopter with opening cockpit, spinning rotors, stud shooters, zipline and space in the back for the crystals, plus a dumpster and small stud shooter for the two angry red Kryptomites. ($14.99)

Join in the action-packed LEGO DC Super Hero Girls world as Supergirl’s dog Krypto faces Lashina and the blue Kryptomite. This great set features a Lashina mini-doll figure, Lashina’s tank with a stud shooter and space in the back for Krypto, plus Krypto’s house with defense shield and a catapult. Includes Krypto and a confused blue Kryptomite. ($14.99)

Be part of the action-packed LEGO DC Super Hero Girls world as Wonder Woman protects her Golden Lasso from the Kryptomite. This great set features a Wonder Woman mini-doll figure, dorm room with an opening window, bed with a secret drawer/screen, separate opening wardrobe and workstation, plus an invisible motorbike, tool/paint and a suspicious orange Kryptomite. ($19.99)

Who are the Kryptomites and how will the DC Super Hero Girls fare against them? (And is it just me, or are they kind of cute?) Only time will tell! These new LEGO sets will hit toy store shelves January 1, 2017. 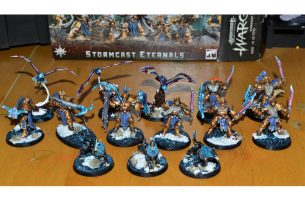