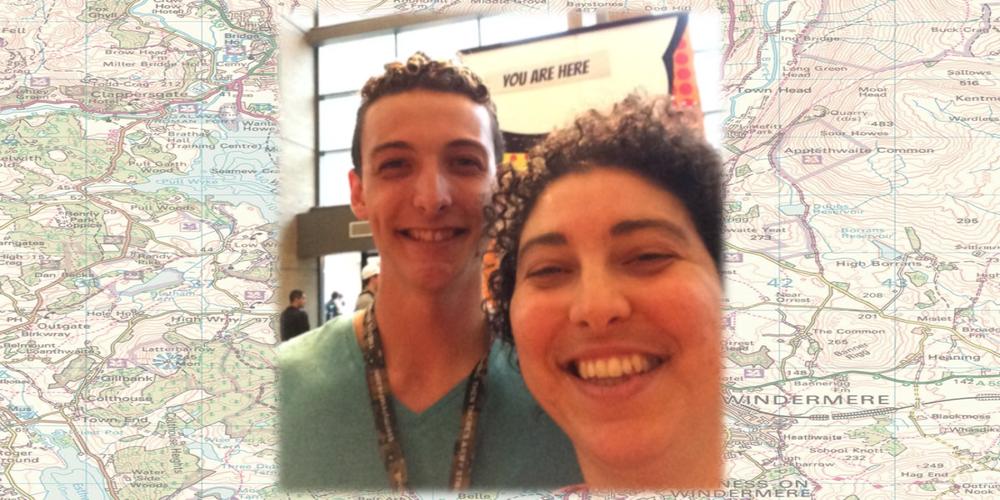 I am currently hanging around a college campus while my son attends his orientation. Unlike college tours or high school events, I’m not invited to this one. He’s on his own to listen and disseminate the information to have a successful first semester. How did we prepare for this new chapter in our mother/son relationship? Well, we just returned from a weekend at a geeky convention battling the undead in a D&D campaign, trying to get hypnotized (didn’t work), being enthralled by John Rhys-Davies (Gimli), and laughing together with a shared taste in happy, silly things.

This past year has brought marked changes in my son: he grew quite tall, cut his hair quite short, started seriously working out, and became more serious about work and goals. As we sent stupid Snapchats to each other while on opposite sides of the check-in room this morning, I kept wondering who this young man was.

I did my best to instill my personal brand of geek on both my children: Miyazaki instead of Disney, Nightschool along with Harry Potter, The Settlers of Catan over Monopoly, for example. With the creativity of homeschooling, we used RPGs in our writing curriculum, re-watched The Last Airbender in Spanish, and history was a series of cosplay.

It’s the end of an era, but I hope my kids won’t forget from whence they spawned. There is hope. I am a tea geek and have obviously passed that down to my daughter who started a tea club in college. Score! I don’t imagine my son giving up his Magic cards anytime soon; he’s hoping to find fellow gamers in his new school. Plus, I’ve got three nieces as my up-and-coming Padawans.

We still have the rest of the summer. On the ride over I remembered that the latest season of Agents of Shield is probably available for streaming now. My son cheered. That’s my boy!