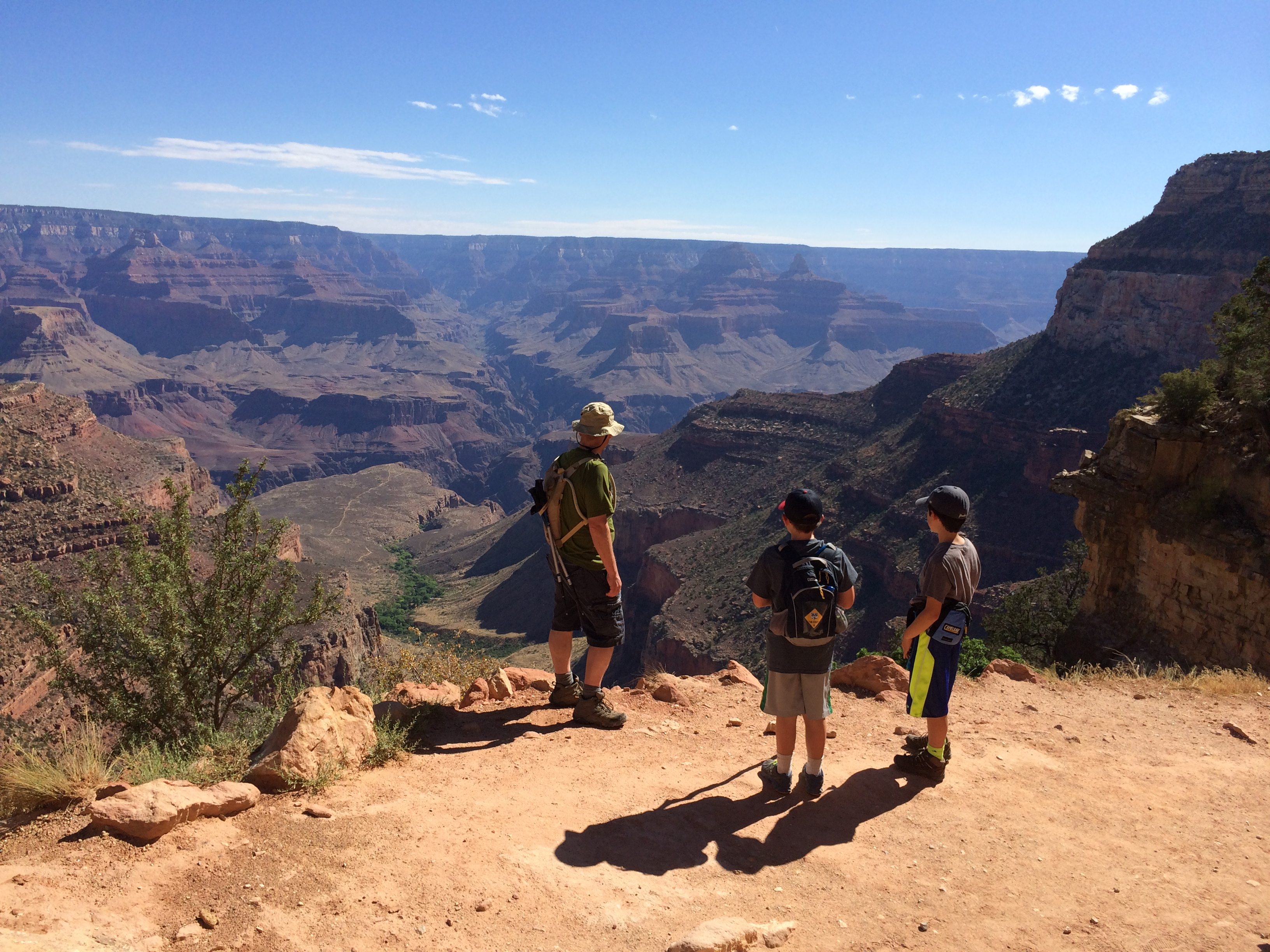 This isn’t going to be what you think. You might be thinking, “Wait a second, my geeky family goes to Comic-Con or E3 for a vacation…” Well, we’ve done things like that and it’s always great to do so. However, this summer, we elected to partake in some science geekery.

Our family geeks out over geology. Since the Air Force sent our family to live in the Rocky Mountains, it’s been wonderful showing our sons the amazing things our earth is capable of producing: canyons, mesa, buttes, sand dunes, fossils, and fantastic colors.

I want to share some of the educational gems we were able to share with our sons, all the while getting in plenty of exercise and sunshine.

Hiking “Below the Rim”

I’m thrilled that my sons were old enough to do some moderate-intensity hiking. We spent two full days at the Grand Canyon’s South Rim and did some fantastic morning hikes both days.

I highly recommend taking a trip below the rim, even if it’s just a brief jaunt down the Bright Angel Trail (which is the easiest to access). We learned from the Ranger program that only five percent of Grand Canyon National Park visitors actually descend below the rim. However, keep in mind that unlike mountain climbs, you start a “below the rim” hike by traveling downhill first, meaning that the hard part of the hike is towards the end. As a park ranger said to our sons, “Traveling down is optional; traveling up is mandatory.”

The first day we participated in a Junior Ranger hike program at the Hermit Trail, whose trailhead is at the far western edge of the South Rim part of the park. I’ll speak more of the Junior Ranger program in the next section. This is probably the most challenging of the three main “below the rim” trails on the South Rim; the Hermit Trail is unmaintained and very rocky. The trail was maintained for several decades by the Atchison, Topeka, and Santa Fe railroad to serve rail customers with a luxurious Hermit Camp below the rim. On the Ranger-led hike, we explored the top two layers of the canyon: the Kaibab formation and Toroweap formation.

On the second day, we tackled the Bright Angel Trail, which is much more crowded because of the trailhead’s easy access from the more populated parts of the South Rim park. This trail is much easier on the kids, but with the same magnificent views of the canyon. This was a great time to talk to our sons about the geological layers and we had them set a goal of how many layers we should descend. Our oldest son wanted to get down to the Hermit Shale, the deep rust-colored layer of rock.

I wasn’t as nervous about my sons on the rim as I thought I would be. My oldest son would occasionally purposefully kick a clump of rocks over the edge, for which I would scold him for disrespecting the terrain. Otherwise, my boys kept aware and maintained a safe distance from the very edge.

The National Park Service’s Junior Ranger program is a great way to get the kids involved at national parks across the country. The Grand Canyon program is among the most involved of these programs that I’ve ever seen. We elected to try out a ranger-led hike on the first day, the Hermit Trail hike down below the rim. According to the summer 2014 visitor’s guide:

Hike the challenging Hermit Trail, and enjoy the canyon’s wonders while learning about rocks, fossils, plants, and animals. Bring water, salty snacks, sunscreen, and wear sturdy hiking shoes. To arrive on time, board the free Hermits Rest Route shuttle bus by 8 am. Steep, rocky, strenuous hike not recommended for people with heart or respiratory problems, difficulty walking, or an extreme fear of heights.

This sounded great to me! Let’s get some exercise and learn about the canyon too! The Hermit Trailhead is accessible only via a 45-minute shuttle bus ride to the far western edge of the “civilization” part of the park. Park guests can go further west than that, but they need to register as a backcountry hiker first.

Ranger Alex was our fearless leader and was an outstanding host, taking the kids’ wide range of ages into account and making numerous stops to rest and eat snacks. He had Junior Ranger workbooks and pencils for everyone interested. The workbooks have activities for a variety of ages, from preschool to older elementary school-aged children. Alex spent individual time with the curious kids as he discussed the rock formations, plant and animal life, and the endless fossils waiting to be discovered.

Once the child participates in one ranger-led program and completes the age-appropriate activities in the workbook, he/she then visits the Visitor Center where a park ranger will check work and administer an oath to the child, where he/she will vow to be a good steward of the land and respect wildlife.

The Junior Ranger program is fun and inspirational. It’s ideal for children ages 12 and under.

We elected to camp at the park during our visit, mainly because the lodging was full when we started to make the arrangements for the trip back in March. We had a great stay at the campsite, with quick and easy access to the shuttle bus stops and other amenities.

We spied an elk with 4-foot-long antlers feasting on some leaves at an adjacent tent site. We quietly observed the elk for about 20 minutes while I had a field day with my camera’s telephoto lens. It was great to simply observe wildlife. We discussed what information can be taken from mere observation:

There isn’t only natural history at the Grand Canyon. The national park is 95 years old, and is full of great American history to teach to the kids.

Before the Grand Canyon became a national park, it was a resort area served by the Atchison, Topeka, and Santa Fe railroad. The railroad built the luxurious El Tovar Hotel out of native materials and opened it to the public in January 1905. The Fred Harvey Company ran the hotel, providing luxury accommodation and meals to travelers. You might know of Fred Harvey’s legacy through the 1946 film, The Harvey Girls.

The hotel is gorgeous on the interior, and there’s a history room that features artifacts over its century-long life.

My oldest son was particularly interested in the El Tovar’s history, perhaps because he could use the information for a Boy Scout merit badge where he had to seek information about a National Historic Landmark.

Unfortunately, we didn’t eat or stay at the hotel, but we did enjoy the lobby and front porch.

As you can see, a Grand Canyon visit is not only beautiful and active, but it can be a place where you can impart knowledge on your kids at every turn. 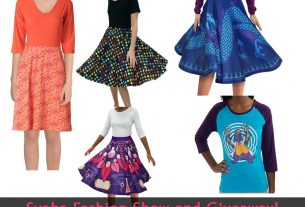 Steampunk Comes to the Wild West

1 thought on “When Geeks Go on Vacation: The Grand Canyon”